Officials warn that new stay-at-home orders may be necessary 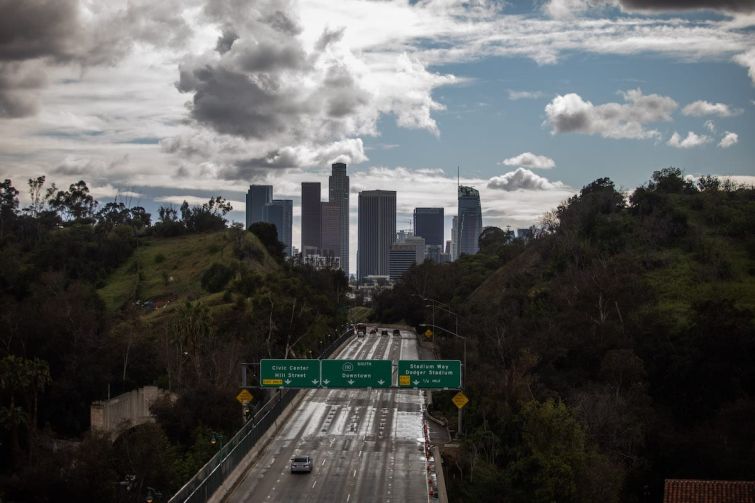 The Freeway 110 on March 19 when all residents of California were ordered to stay at home in a bid to battle the coronavirus pandemic. Seven months later, county officials are warning another lockdown could come if a new surge continues to worsen. Photo: APU GOMES/AFP via Getty Images

Los Angeles County is, again, backtracking on businesses opening and, instead, steering toward increased restrictions and, potentially, another lockdown, after the average number of daily coronavirus cases tripled in the last month, according to the Los Angeles Times.

About five weeks ago, the county reopened indoor shopping and breweries with strict capacity limits. This past week, health officials and struggling companies found new hope in the news of a potential vaccine. But county leaders said on Tuesday that they would enact another stay-at-home order with similar restrictions, as in March, if the situation continued to worsen.

Officials also announced restaurants, breweries, wineries and nonessential retail establishments must close at 10 p.m. starting Nov. 20, while indoor gatherings must be restricted to 15 people from no more than three households.

The news comes after state officials announced Monday that more counties, including Orange and Santa Barbara, would also be returning to the more restrictive tier for businesses reopening, curbing more operations that had been allowed to reopen with limitations.

Except for the vaccine news, the past week has been another turnaround blow for L.A. businesses that have been on a restrictions seesaw for more than eight months. Tenants and landlords have been asking for new financial relief as the lockdowns last far longer and with more limitations than originally anticipated, when the original stimulus package and state plans were approved.

Gov. Gavin Newsom also issued a mask mandate this week, requiring residents to cover their faces when they leave their homes.