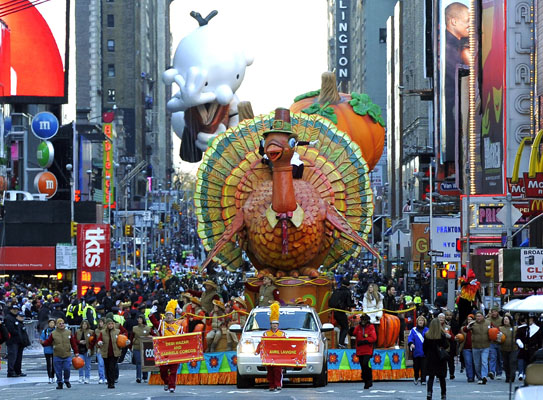 One would think that we would not have had any time since last Sunday Summary to even look at the real estate news. Besides, what happens on the week of Thanksgiving?

Actually, there were several things that caught our eye as we shoveled another helping of cornbread and pumpkin pie down our gullets:

After months of anticipation, it appears the New York State Cannabis Control Board has approved the first round of eight out of 36 recreational dispensary licenses.

“This is just the start,” said Tremaine Wright, chair of the Cannabis Control Board. “We will continue to work to build an industry that is open to anyone who wants to participate.”

It’s good that they’re making it official, because for a long time smoke shops have been essentially ignoring the law. (Check out CO’s story here from last month … and it looks like a fledgling outfit called The New York Times got wind last week, too. They probably couldn’t miss the wind given their location off of Times Square — which, by the way, is having greater problems than the odor of cannabis. This week a $900 million CMBS loan went into special servicing at Maefield Development’s 20 Times Square.)

Of course, Friday was Black Friday. As of this writing this we’re still unsure what the sales figures are going to be for the entirety of the long weekend, but there has been conflicting information about retail developments of late.

“It looks like spending and retail sales are starting to level,” Cushman & Wakefield’s senior economist James Bohnaker told CO earlier this month. He projected growth this holiday season — but inflation has taken a big bite out of profits. And some items that became necessities during the pandemic (TVs, laptops, couches, etc.) became a lot less in demand when COVID died down.

But we saw some hopeful leasing in the area of retail: The Flyfish Club, a private dining club, took 11,000 square feet at 141 East Houston Street; the Brazilian steakhouse, Fogo de Chão, is opening another location in Reston, Va. — and speaking of the D.C. area, after a Williamsburg expansion back in April, Showfields, the New York-based store that mixes shopping and theater, is setting its sights on Washington, D.C. with a 20,300-square-foot location in Georgetown; and the watchmaker Grand Sieko took 6,259 square feet at 540 Madison Avenue.

Does a casino count as retail? If the answer is yes there were some interesting developments there, too. First, Thor announced a partnership with Saratoga Casino Holdings, The Chickasaw Nation and Legends to pursue a license for a planned $3 billion casino in Coney Island. (Speaking of Thor, they also bagged a $50.1 million debt package to refinance ModernHaus SoHo, the 114-room hotel previously known as the James Hotel.)

Second, Stefan Soloviev (son of the late Sheldon Solow) revealed his plan for a 1,000-room hotel, 4-acre park, Ferris wheel, museum and casino near the United Nations. (Incidentally, the museum would be dedicated to democracy, so there’s something for the more straight-laced U.N. ambassadors.)

Both of these would be massive, neighborhood-shifting undertakings. And we saw a similarly large undertaking make progress this week when the New York City Council voted overwhelmingly to approve the 2.7 million-square-foot, $2 billion megaproject known as Innovation QNS.

The five-block-long project will be developed by Bedrock Real Estate Partners, Silverstein Properties and Kaufman Astoria Studios and will include 3,190 apartments, 1,436 of which will be affordable.

Something we were not thankful for? Our offices

As we settle back into the final stretch of 2022, we’re going in with less than stellar news about the state of the office market.

At the end of October the national office vacancy rate was 16.3 percent, according to CommercialEdge. That’s 150 basis points higher than it was at the same time in 2021, with sharp increases in markets like Portland and San Francisco. Plus, rents were down 0.1 percent nationally.

Of course, there are still tenants out there that need offices, even as they rethink what they need and how much. Like, say, law firms.

Law firms have been growing fast, but trying to cut down on space at the same time.

“It was always historically a very slow-transitioning industry,” said Sherry Cushman, vice chairman of the legal services advisory group at C&W. “Even the big guys didn’t want to do anything drastic. Everyone wanted to see what everyone else was doing. We were trying to get to under 500, 600 square feet per attorney. A decade or more ago, it was not unusual to see 900, 1,000, 1,100 square feet per attorney.”

But perhaps the biggest rethink of office over the coming years is how it will deal with its carbon emissions.

There was some serious talk about the matter at the U.N.’s COP 27 climate conference in Sharm-El-Sheikh.

“The reality is that most of our clients are motivated by risk,” said Jo da Silva, global director of sustainable development at engineering firm Arup, on one of the panels. “Once you turn the conversation not into an aspiration to save the world, but into, ‘You are going to have stranded assets. No one’s going to want to rent your [building], no one’s going to want to buy it off you at a future date unless you improve the efficiency radically.’ ”

That should perk up everybody’s ears.

Over at Savills there was interesting news: Janet Woods, who was previously Northeast region lead, and Patrick McGrath, chief information officers, are both taking on new roles: Woods is overseeing the Northeast, mid-Atlantic, Southeast and Central U.S. operations, and McGrath is taking over Northwest and Southwest regions.

And in D.C. CBRE just tapped Stephanie Jennings (who had been managing director of national research at Newmark) to be its new research director for the mid-Atlantic region.

That’s all for this week — now, if you’ll excuse us, we have to eat some more leftover pumpkin pie.