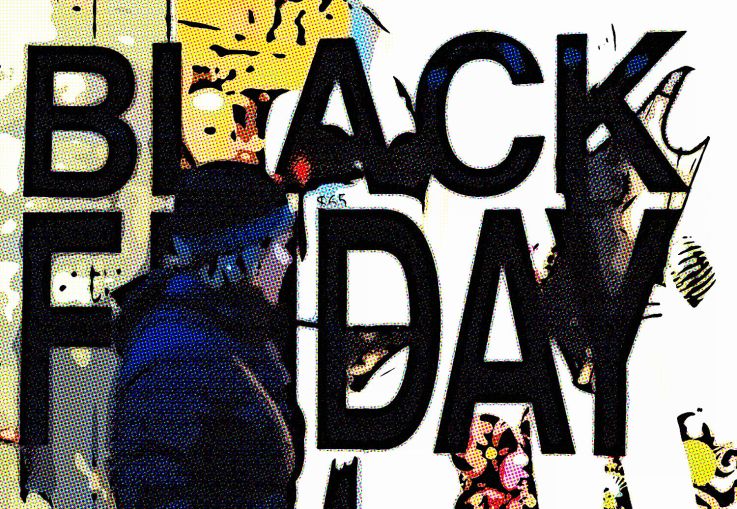 Brick-and-mortar sales for Black Friday are being tempered by low consumer confidence and high inflation. Photo: TIMOTHY A. CLARY / AFP via Getty Images

Shoppers are flocking back to malls in many parts of the country as the holiday shopping season heads into full swing, but is that translating into retail sales? Depends who you ask.

Last year’s holiday shopping season was one of the best retailers had seen in years, propelled largely by stimulus checks, money saved during the pandemic, and pent-up demand from 2020 when many items were nearly impossible to find.

In 2022, consumers are feeling much more hesitant, and the retail landscape is looking trickier. Consumer confidence is the lowest it’s been in a decade, according to the University of Michigan’s consumer sentiment index, as many Americans worry about inflation and an impending recession.

James Bohnaker, a senior economist at Cushman & Wakefield, said retail sales are growing on a dollar basis. But when those numbers are adjusted for the current high inflation, “it looks like spending and retail sales are starting to level,” he explained.

He noted two financial factors were likely to keep consumer spending stable through the holiday season. Higher-income households still have more money saved than they did pre-pandemic, and lower- and middle-
income households were turning more toward credit cards and buy-now-pay-later options to finance their purchases than they had earlier in the pandemic.

“We think this holiday season is going to be OK,” said Bohnaker. “Not the strength we saw last year, but not any significant decline.”

He projected a 5.5 percent growth in consumer spending this holiday season — running from October through the end of December — compared to the same period in 2021. He noted that the growth was driven significantly by rising prices, rather than more items actually being sold. Last year, the year-over-year growth in consumer spending during the holiday season was 12.6 percent, and in 2020 it was 10.3 percent. All of these numbers represent retail spending except in three categories: bars and restaurants, car sales, and gas stations.

Prices are rising much faster in food and beverage retail — which includes groceries and supermarkets — than most other categories of stores, and it accounts for a large chunk of consumer spending this holiday season, Bohnaker noted. Superstores like Target, Walmart and Costco have also been attracting more shoppers this season than more traditional retailers like department and clothing stores. That is borne out in terms of spending and foot traffic.

Retail analytics firm Placer.ai, which tracks customer foot traffic using cellphone data, found that visits to superstores since September have nearly rebounded to where they were in 2019. Clothing stores have lagged somewhat behind their 2019 traffic numbers, with roughly 6 to 10 percent fewer customers walking through their doors on a weekly basis. Department and electronics stores appear to have had an exceptionally bad quarter, with in-store visits in September and October down 20 to 30 percent compared to 2019.

Indeed, Bohnaker noted that consumer spending on appliances, furniture and electronics has been below average this year, after a rush to acquire TVs, laptops, couches and desks during the height of the pandemic.

“Natural demand for a lot of those goods has been satisfied, so there’s a natural reversal following that,” said Bohnaker.

Off-price and discount stores like T.J. Maxx, Five Below and Dollar General are also doing well in terms of retail sales, as shoppers become more budget-focused. Americans were making 20 percent more visits to discount and dollar stores in the third quarter than they were in 2019, Placer.ai data shows.

She pointed to the recent boom in sales at brick-and-mortar beauty stores like Ulta and Sephora, as well as the uptick in personal care services (salons, spas, massage businesses), as indicators of where the 2022 shopping season would go.

“Then you layer into it inflation, so we’ve got new habits and new systems,” said Newlin. “The holiday season this year will be one of more self-love, self-gifting, to make up for the things we’re trimming out of our lifestyles because of inflation. So maybe we’ll buy something for ourselves that we wouldn’t normally have thought of as a gift.”

Foot traffic numbers bolster her argument, with visits to shopping centers and malls down 10 to 12 percent compared to 2019 in September and October. Newlin felt that shoppers were returning to malls for experiential reasons — to go to restaurants, visit a fun attraction, or to attend a fitness class.

“We’ve lost the behavior [of in-store shopping], and there’s not as much there to see,” she explained. “When people go to malls, it’s much more for the TGI Fridays. They go because it’s an enclosed walking area with a restaurant and a drink. The malls that win will have things that aren’t easily available everywhere — luxury items, but not basic stuff you can get from an online grocery delivery service.”

Spence Mehl, a partner at RCS Real Estate Advisors, said that major chains are struggling with declining sales, even as retail rents remain high in many cities. Landlords and tenants were bullish on opening new stores a year ago when customers were spending more, and many shopping center owners raised their rents accordingly.

“If rents are still going up and sales are dropping, it’s very difficult for a retailer to pencil a store,” said Mehl. “And the landlords aren’t dropping their rents yet. Now that everything is slowing down, everyone is nervous about what this holiday season is going to bring.”

He added that inflation was a problem for both consumers and retailers.

“What I think we lack right now is the consumer optimism and the consumer cash that they had last year,” Mehl noted. “Inflation is taking a bite out of spending, especially for consumers who are more frugal. The luxury brands don’t really care but the lower side of that equation, it’s taken a bite out of them.”

Ultimately, he felt that people were visiting stores in person, but not necessarily buying.

“I see traffic as good right now but I’m seeing a softening of sales,” said the consultant, who helps brands strategize and lease new store locations, as well as restructure after bankruptcy.

At the other end of the spectrum, Simon Property Group CEO David Simon — whose company owns 200 retail properties nationwide — declared in his third-quarter earnings call that “brick-and-mortar is where the action’s at.”

“We have yet to see any pullback in opening new stores or renewals,” Simon added. “There’s been absolutely no impact. Where [retailers] are seeing the most pressure right now is in e-commerce.”

Brandon Isner, the head of national retail research at CBRE, argued that retail foot traffic in October had been “robust,” especially in tourist-oriented cities like New York. Customer visit numbers have continued to improve on Fifth Avenue, with foot traffic up 12 percent year-over-year in September, according to Placer.ai.

Isner also pointed out that mobile and e-commerce have continued to drive retailer and landlord shopping decisions around holiday shopping. For instance, many major retailers and mall owners — including Simon Property Group — are closing their doors on Thanksgiving Day, which was once seen as the beginning of the Black Friday rush.

Ultimately, he felt that retail sales would be strong, though not as strong as last year.

“We’re not going to see the barn-breaking levels we saw last year but things will remain intact,” said Isner. “Even though there’s concerns about the economy heading into 2023, this is the first holiday season where people feel the freedom to travel and get out.”