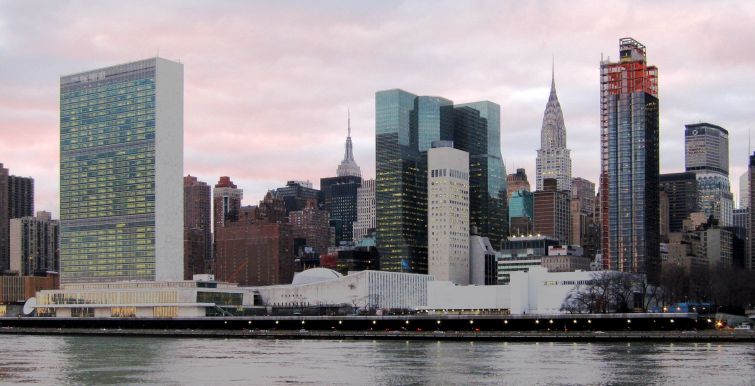 Ambassadors at the United Nations will have plenty to do in their spare time if Stefan Soloviev’s plan for a casino in Manhattan pans out.

The billionaire owner of 9 West 57th Street, and son of the late Sheldon Solow, is in talks with gaming companies based in Las Vegas for a venture to develop land south of the United Nations campus, possibly winning one of the three downstate casino licenses the state is issuing, Bloomberg first reported. Soloviev’s current plan includes a 1,000-room hotel, a 4-acre park, a Ferris wheel and a museum dedicated to democracy.

The Soloviev Group did not respond to a request for comment.

The original 9-acre parcel where Soloviev is pitching a casino was purchased by his father for $600 million from Consolidated Edison in 2000. After remediations, the sale of certain parcels and one development, Soloviev will have 6 acres for the potential casino project.

But Soloviev faces stiff competition for the gaming licenses as SL Green Realty, Stephen Ross’ Related Companies and Point72 Asset Management’s Steve Cohen are all vying to build a casino in Manhattan.

Related and Wynn Resorts unveiled a plan in September to build a casino on the undeveloped western section of Hudson Yards, while SL Green and Caesars Entertainment have been eyeballing a redevelopment of 1515 Broadway in Times Square, Commercial Observer previously reported.

Cohen’s is the most recent proposal with a plan for a casino in Willets Point, Queens, where the New York City Football Club and Mayor Eric Adams recently announced a deal to build a new soccer stadium. Cohen, as owner of the Mets, may be looking to further capitalize on the growth of the area, where redevelopment plans include a 25,000-seat stadium next to Citi Field, as well as a ​​hotel and 2,500 units of affordable housing.

If successful, the casino next to the Mets’ home field would be the second one in Queens after Resorts World New York City Casino in the southern reaches of the borough.

Thor Equities and John Catsimatidis are also floating the idea of casinos in Coney Island, Brooklyn.

Solow, who died at 92 in 2020, was the owner and developer of 9 West 57th Street, which his son took over along with the rest of his real estate empire upon his death. Soloviev, who took on an ancestral form of the family name, has amassed an empire of his own consisting mostly of agricultural land in various Western states.

His casino pitch includes building a giant Ferris wheel in Manhattan, something a group failed to do across the Hudson River on Staten Island.

A group of investors tried to erect a 630-foot-tall observation wheel, dubbed the New York Wheel, on Staten Island’s waterfront. After years of delays and ballooning costs, the group announced in 2018 the plans was scrapped, leaving only about 8,000 cubic feet of concrete foundation, four 90-ton pedestals that were to hold the legs, and an 820-space parking garage in its wake.

Investors in the project announced in 2020 plans to bring a much smaller version to the Forgotten Borough, but as of this year haven’t had enough money to complete the project. 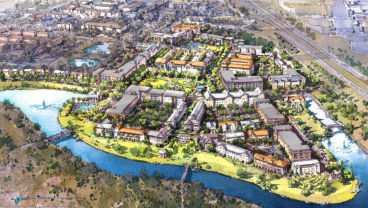