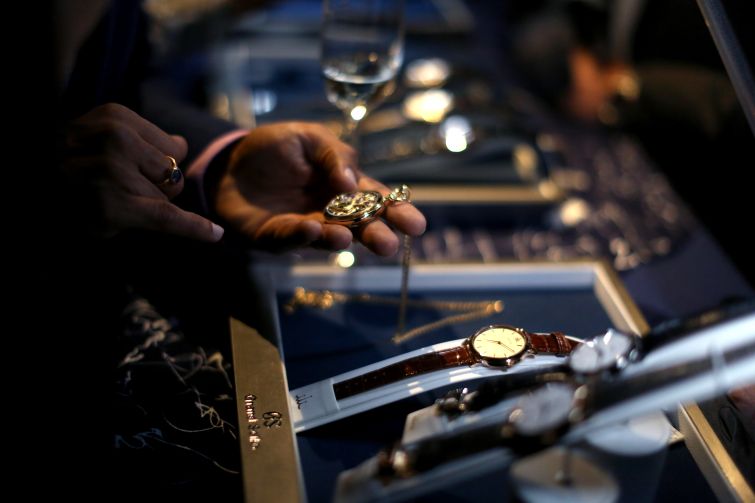 A Grand Seiko display from a 2019 exhibition. Getty Images for Haute Living

Time is money for this luxury watch brand setting up shop in Midtown.

Grand Seiko has signed a 6,259-square-foot lease to occupy one of the ground-level retail spaces at DivcoWest’s 540 Madison Avenue between East 55th and East 54th streets, The Real Deal first reported.

Newmark, which represented both sides of the deal, did not disclose asking rents or the length of the lease.

A source with knowledge of the deal said timepieces will start to sell at the location by early 2023, and that the tenant signed a 10-year lease with an asking rent of $475 per square foot.

“As the retail sector in New York continues its recovery, more and more well-known brands are committing to the city,” Newmark vice chairman Ariel Schuster said in a statement.

DivcoWest recently put the 292,000-square-foot office building through a renovation that turned the 11th and 12th floors into the The Water Tower Club, a 6,000-square-foot tenant lounge that features a coffee bar, outdoor seating and conference rooms.

The landlord purchased 540 Madison in 2019 with a $170 million loan from SunTrust Bank and BNY Mellon to help fund the full $310 million buy, Commercial Observer previously reported.