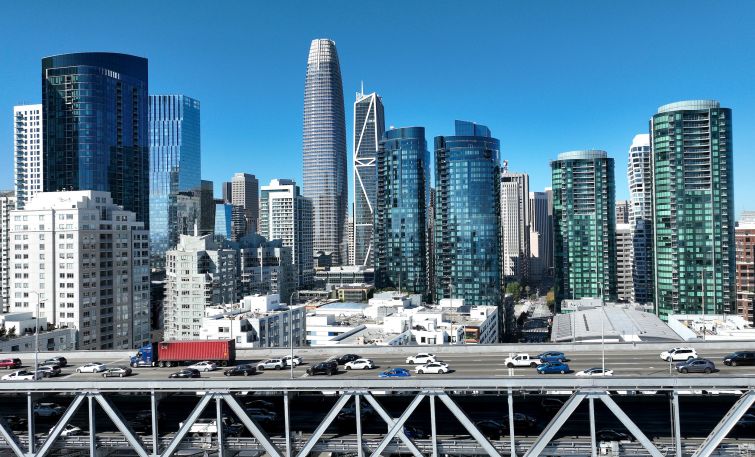 This year was supposed to be the year of the great return to the office. But the world had other plans, with rising interest rates, more remote work and a receding tech industry.

Instead, 2022 has become the year of sinking office demand, fracturing rental rates and rising vacancy in workspace real estate across the country, causing institutional landlords to look to offload what were previously prized assets.

T​​he national vacancy rate at the end of October was 16.3 percent, which is 150 basis points higher than a year prior, according to a new report by CommercialEdge. Over the past 12 months, vacancy rates rose in 86 of the 120 markets covered by CommercialEdge, including in 22 of the top 25.

“Work from home solidifying itself, plus broader economic uncertainty, are set to continue the stress on the office industry as we enter the new year,” CommercialEdge’s Peter Kolaczynski said.

Across the top 50 U.S. office markets, the average listing rate stood at $37.9 per square foot per month in October, down 0.1 percent year-over-year. At $261 per square foot, CommercialEdge reports $76.3 billion in national office transactions between Jan. 1 and Oct. 31. For reference, national sales volume for all of 2021 surpassed $77 billion.

Office construction is “nowhere near pre-pandemic levels,” the report found. Nationally, 135.5 million square feet of office space was under construction at the end of October. More projects — equivalent to 6.1 percent of the total existing stock — are in the planning stages. But, it remains to be seen if those will come to fruition considering rising construction costs, supply chain issues and the inability to finance projects amid economic headwinds.

“We expect some office projects to be paused or canceled in 2023 as the market adjusts to the new conditions,” CommercialEdge said.

Some developers may look at alternative uses for plots of land set for office. For example, last month CIM Group filed plans to build a 46-story apartment property in downtown Oakland where it had previously planned to construct an office tower.

Lenders are becoming more selective given market conditions, and the deals they do finance favor multifamily and industrial sectors over office. Buyers are also looking for discounted prices, and “deal flow could slow to a trickle.”

The sharpest vacancy rate increases by market were in Portland and San Francisco, which rose 4 percent and 3.9 percent, respectively. The vacancy rate in Los Angeles rose nearly 2 percent year-over-year. On the reverse side, vacancies dropped during the same time period in only three of the country’s top 25 markets: Boston, Charlotte and Washington, D.C.

Manhattan sales represented $5.56 billion, while the Bay Area, Boston, New Jersey and Washington, D.C., totaled about $4.1 billion in sales each. Los Angeles took in $3.1 billion, while Miami has secured $1.27 billion in office sales so far this year. Although Boston and the Bay Area posted year-to-date sales prices of over $400 per square foot and Manhattan at well over $800 per square foot.