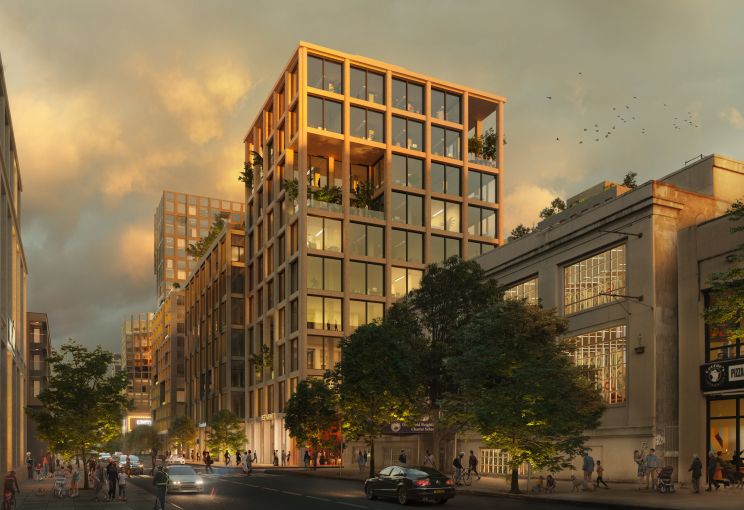 Innovation QNS, a 2.7-million-square-foot mixed-use project in Astoria, is picking up 300 more affordable units as it inches toward the end of the rezoning process. Image: Innovation QNS

The New York City Council has overwhelmingly approved a controversial rezoning for a project that will reshape Astoria, Queens, bringing 3,200 apartments, retail and new public open space to an industrial area near Kaufman Astoria Studios.

The 2.7 million-square-foot, $2 billion development, known as Innovation QNS, passed the council by a vote of 47-1 Tuesday afternoon. Brooklyn Councilman Charles Barron was the only no vote on a project that the local council member, Julie Won, had previously opposed, along with a host of elected officials in Queens.

After months of negotiations, the five-block-long megaproject will include 3,190 apartments, of which 1,436 will be affordable, an increase from the original 1,100 that helped secure Won’s approval of the development. There will be 825 low-income units, with 157 apartments set aside for people exiting the shelter system. The developers — Bedrock Real Estate Partners, Silverstein Properties and Kaufman Astoria Studios — must also commit $2 million toward legal services that will help prevent local tenants from being displaced or harassed by landlords.

The project has changed significantly over the last few months. The overall number of apartments has risen from 2,800 to 3,200, and Won pushed for the city to subsidize 300 extra affordable apartments last week. The development will also have community space for nonprofits, retail, and 2 acres of open space. The 11-building complex was also slated to have office space, but the developers have opted to remove that component to include more affordable apartments.

The future of Innovation QNS was uncertain only a few weeks ago. Won said she wouldn’t support the megaproject unless it was at least 55 percent affordable. Queens Borough President Donovan Richards had become one of the project’s few political supporters, after initially rejecting it in August for not including enough affordable housing. Richards’ opinion changed after the city housing development agency agreed to fund 15 percent of the project’s affordable housing, bumping the percentage of affordable units up to 40 percent.

Innovation QNS cleared a key council subcommittee last week after increasing the number of affordable units. The version of the plan approved by the council Tuesday was 45 percent affordable.

“As our city grapples with a housing crisis that threatens communities, the council has advanced major projects that provide tens of thousands of affordable homes to New Yorkers,” said Council Speaker Adrienne Adams. “With today’s approval of Innovation QNS … we are delivering affordable housing and unprecedented public benefits.”

During Tuesday’s vote, Won said, “I will continue to fight for more on all my battles for land use. It’s not easy when your community is disappointed and sad, but we know that we’re doing the best that we can in the circumstances that we’re in during an affordable housing crisis.”