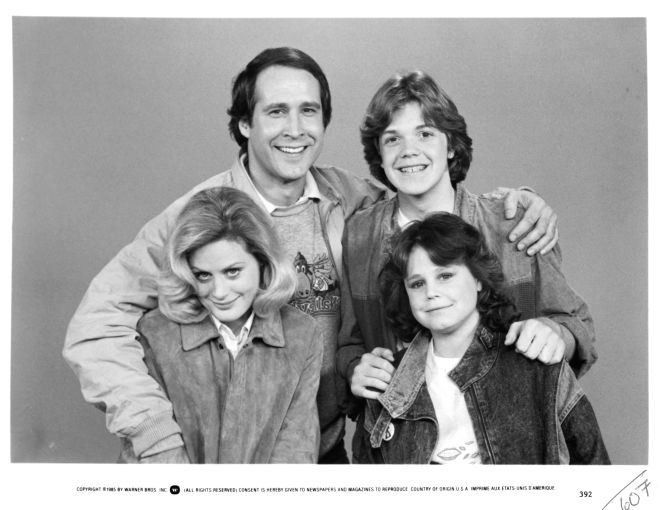 The great American family vacation — as personified by Clark, Ellen, Audrey and Rusty Griswold — is apparently alive and well and saving the hospitality industry!

Those who predicted that stir-crazy Americans would take great, big vacations once we were out of the pandemic woods proved very much on the money. Nationally, leisure travel will have accounted for $97.8 billion in 2022, according to new data from the American Hotel and Lodging Association, a 14 percent uptick from 2019 — which was a record year.

Well, yes. But not quite as great as it might sound. New York did not see the same level of interest as other cities. (There was never a “National Lampoon’s New York Vacation,” was there? Paging Mr. Chevy Chase. Call your office.) And business travel is still way down across the board, mostly thanks to a drought of international visitors from places like China, India and Brazil.

This would make sense; business travelers from China, for instance, still have to undergo strict quarantine rules upon their return, and Indian and Brazilian visa applications are apparently suffering from a six-month backlog in processing. A full recovery should not really be expected until 2024, according to the Hotel Association of New York City’s Vijay Dandapani.

But one thing that might help New York’s tourism scene? A great, big casino smack in the middle of Times Square.

That’s precisely what SL Green Realty and Caesars Entertainment are proposing, with 1515 Broadway as the casino in question.

Given the fact that Caesars is the second operator SL Green has been in talks with (SL Green previously wanted to open a Hard Rock casino, but Hard Rock opted instead to focus on plans for a casino in Queens) it sounds like a casino is something that the REIT is pretty solidly behind.

“Times Square is the center of the entertainment universe,” SL Green CEO Marc Holliday said in a statement. “Because we are proposing a renovation, once the license is issued, we can open quicker than other facilities, which require entirely new construction, changes in law, and will be disruptive to their local communities.”

You know what Times Square could also use? A Puttshack. The boozy, foodie, tech-infused mini-golf company just took a 29,000-square-foot space at 1850 Reston Row Plaza in Reston, Va., and we think some high-tech mini-golf would make a great addition to the Crossroads of the World.

As the reasonably good figures come in for hospitality, some not-so-great numbers came in for office from CommercialEdge, which said that nationally rents are down (2.4 percent year-over-year) and the vacancy rate is up (180 basis points).

Gateway cities are doing the worst in terms of construction starts, and the figures are worth diving into and weeping softly over. New York, for example, went from 3.2 million square feet of office projects starting in 2019 to … 754,000 this year?

As bad as that sounds, Los Angeles has it much worse. L.A. ended 2019 with 3.6 million square feet of office projects starting construction, and a nausea-inducing 61,000 this year.

The city with the most construction drop-off by square footage, however, was Washington, D.C., which went from 4.7 million to 1.1 million.

I think we can all say: Yikes.

According to the retail data analytics firm Springboard, foot traffic in Midtown, SoHo and Fort Greene, Brooklyn, in September was 26.8 percent below what it was in 2019.

“The narrative that people will come back — I can’t see any evidence of that,” said Dianne Wehrle, Springboard’s marketing and insights director. “I’m in the camp of people [thinking that] this is the new normal and this is how people will opt to work.”

Nuts to your ‘new normal’

We can think of a few tenants who clearly disagree with Wehrle. And they’ve put their money where their mouths are by signing serious leases.

The biggest was Medidata Solutions, which renewed a whopping 177,000-square-foot lease at 350 Hudson Street. But sizable other leases were signed with Metro-Goldwyn-Mayer Studios taking 50,462 square feet at the Sapir Organization’s 260 Madison Avenue and 1-800Accountant taking 12,344 in the same building; Summit Health took 21,000 square feet at 1345 Avenue of the Americas; CSM, the sports and entertainment marketing firm, took 11,940 square feet at 80 Ninth Avenue; and Hudson Companies attracted a pair of tenants to the East Williamsburg warehouse that they’ve converted into The Breeze at 315 Meserole Street, including blockchain technology developer BlockApps and marketing firm Ghost Robot.

And at least one flex office provider has made considerable progress on a very big turnaround. (And, no, we’re not talking about WeWork.) Knotel has begun signing leases all around the country again, and recently unveiled a new work/club concept in London.

“Now is a new dawn for coworking,” said Sam Rosen, CEO and founder of Deskpass. “Newmark [which owns Knotel] is going to get there faster, leveraging an established brand, than somebody who’s starting from the ground up.”

The latest New York Building Congress numbers are in, and, while they suggest a serious boost for the city’s construction industry, it’s complicated. As much as $86 billion in construction spending is expected by the end of 2022, on top of the 71.5 million square feet of housing set to come online this year. There’s also another 30,000 new units planned by 2025. And, while these numbers are certainly impressive, they will not meet the demand.

“We need to find a suitable replacement for the expired 421a program, streamline the land use review process, and increase as-of-right zoning capacity,” Carlo Scissura, CEO of the Building Congress, said in a statement. “Not only does the city’s economic recovery depend on it, our current housing crisis demands it.”

This demand might explain why it might be an opportune moment to sell. At least that’s what we suspect RXR is thinking. CO learned this week that the company is putting three Class A New York City residential developments on the market, along with a fourth development in Glen Cove and a fifth in Stamford, Conn., comprising some 1,831 units.

From sea to shining sea nobody doubts just how rockin’ industrial has been, with even more proof rolling in this week.

“Our team is proceeding with this development program with tremendous confidence, based on the strong fundamentals that exist in the Western Maryland and Washington County region,” MCB Managing Partner and co-founder P. David Bramble said in a statement.

Out west, Nuveen just plunked down $151.2 million for a 337,125-square-foot, fully leased Class A distribution facility in L.A. purchased from Clarion Partners.

Oh, and did we mention that’s almost double what Clarion paid for it two years ago? Well, it is.

Speaking of big L.A. projects, the fallout continued from the scandal where a number of City Council members were caught on tape disparaging others in racist terms. Don Peebles, the developer of Angels Landing in Downtown L.A., called on Councilman Kevin de León to resign, as Nury Martinez did after the scandal erupted.

And speaking of Don Peebles, he hosted Commercial Observer’s Future Forward event in Miami at the Bath Club (which Peebles owns) and which saw some of the brightest names of real estate in attendance and sitting on panels — from Andrew Farkas, to Michael Shvo, to Miki Naftali, to Nicole Kushner Meyer, to Howard Lorber, to Casey Berman to many others, who basked in Miami’s sunny outlook when it came to even the office market.

“Unlike the rest of the country, the commercial office market here is strong, rising, with significant pent-up demand,” Peebles said. “There’s a tremendous demand.”

One of the things we like to do every Sunday is have a nice long article, and last week’s issue of CO had two features that make for a leisurely read.

Rexmark is the New York-based mezzanine lender for South Korean Kookmin Bank, which has been trying to take over Union Station in Washington, D.C., from Ashkenazy after its default. The case was already complicated enough before Amtrak filed an eminent domain claim in April to take over the station.

All in all it makes for a fascinating look at the complex maneuvers of each party. (And it probably offers an interesting window on what we can look forward to as more defaults become de rigueur in the coming year or so.)

But for a slightly more uplifting read, check out Commercial Observer’s first-ever list of the top power players in proptech.

It’s a weird time for proptech; there have been a number of consolidations in the past year or so, with likely more to come, and confidence within the sector has been ebbing. But, as CREtech founder (and Power Proptech honorable mention) Michael Beckerman said at CREtech earlier this month, “We’re only in the second inning!”

Power Proptech offers a comprehensive view of a whole landscape of innovative people that anyone in commercial real estate needs to know.