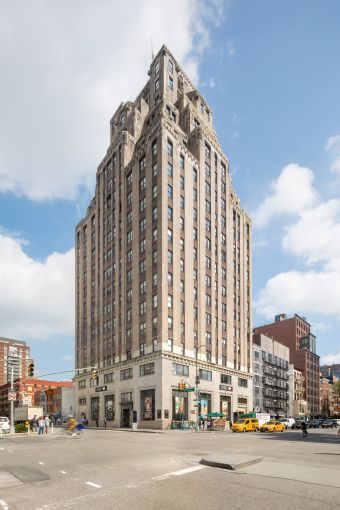 It will be the first New York City office for the London-based firm, which has 25 international locations. CSM signed a three-year lease with GFP for space in the building, which was completed in 1929 and originally known as the Bankers Trust Company Building.

“80 Eighth Avenue has long attracted tech and creative firms looking for offices with an industrial look and feel, that want to be near other tech giants like Google and Facebook,” said GFP’s Matthew Mandell, who handled the deal in-house for the landlord. “It’s the perfect location for CSM to set up its first offices in the city.”

Sean Hoffman and Mike Mathias with Cushman & Wakefield, both formerly with Savills represented the tenant. C&W did not immediately respond to a request for comment.

Other tenants in the 20-story, neo-Gothic building designed by architect William Whitehall include MindWell NYC, which signed a 6,762-square-foot lease in March.