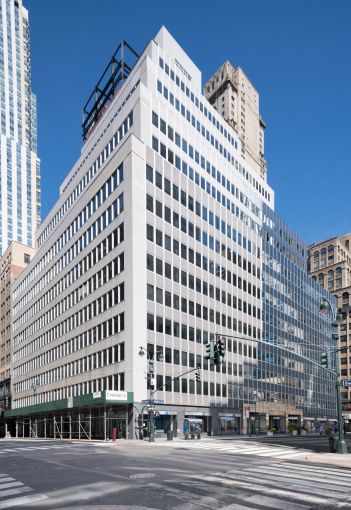 Metro-Goldwyn-Mayer Studios is moving to 260 Madison Avenue after signing a 50,462-square-foot lease with the Sapir Organization.

The film and TV production wing of the entertainment giant isn’t the only one taking space in the 500,000-square-foot, Class A office building in Midtown South, either, as 1-800Accountant signed on for 12,344 square feet and has already moved in.

The landlord broker, CBRE, declined to provide the asking rent for these spaces, the length of the leases, or the names of brokers representing the tenants.

“These two new lease commitments by such high-profile corporate users speak to the quality of the office space, as well as the Sapir Organization’s hands-on approach to ownership,” CBRE’s Tim Freydberg said in a statement.

The CBRE team representing the Sapir Organization in the negotiations included Freydberg, Peter Turchin, Gregg Rothkin, Hayden Pascal and Jared London. MGM did not immediately respond to a request for comment, while 1-800Accountant could not be reached.

Sapir continues to lease the building, which also serves as its headquarters, despite putting it on the market in March as the firm continues to shift its focus toward South Florida. CEO Alex Sapir himself moved to Florida in 2019, and the company was looking to get about $600 million for 260 and 261 Madison Avenue, Commercial Observer reported at the time.

The buildings, between East 38th and 39th streets, together span a total of 1 million square feet. At the time that the towers were listed, they were nearly 80 percent leased by tenants that included Hanes, Coca-Cola and law firm McLaughlin & Stern.