Sunday Summary: Masks Come Off and Barnett Is Back! 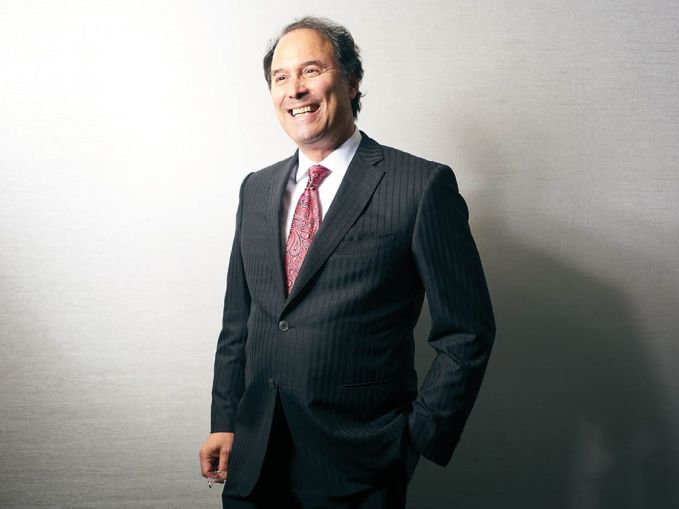 At 23 months and counting since New York shut down due to COVID-19, Gov. Kathy Hochul lifted the state mask mandate this week. (Federal and local mask mandates on schools, public transportation, nursing homes and a slew of other locations remain in effect.)

Slow your roll, cowboy. While COVID infection rates have been plummeting in the city it’ll be a long time before a day goes by without the words “pandemic” or “coronavirus” spoken in some form. Recovery will be long and painful. (And we think we just jinxed the whole thing by using the word “recovery” with its implication that the worst is behind us! Sorry about that.)

But, yes, the ship is turning around. Janno Lieber, the CEO of the Metropolitan Transportation Authority, said this week that the agency is expecting a surge in ridership, with some 61 percent of employers expected to require in-person attendance again at work, at least for some of the week, by the end of March, according to a recent survey.

“We were at about 60 percent of pre-COVID ridership on an apples-to-apples, day-by-day [basis],” Lieber said during an appearance on NY1’s “Inside City Hall.” “But, obviously, in order to get back to where we were, we’re going to need a lot more people to get comfortable using mass transit.”

Concerns about mass transit have been one of the biggest inhibitors in returning people to work and not just the idea of being crammed like a sardine next to another potentially infected rider, but growing concern about crime.

“Personal security concerns compete with COVID-19 as a reason for not returning to the office,” Kathryn Wylde, president and CEO of the Partnership for New York City, told Commercial Observer recently.

The concern is both justified and somewhat overblown at the same time. Overall crime in the transit system was up 75 percent in January 2022 compared with January 2021. However, any comparison to the Gotham of the 1970s and ‘80s is pretty histrionic; the city in general is far safer than it was. While there was a spike in the number of homicides in 2020, to 468. By way of comparison the city had 1,814 homicides in 1980.

Still, tackling the uptick in crime will be a major issue for the city in the coming months as ridership increases. A lot of the biggest concerns came up at CO’s “Future of New York” forum, which was put on in partnership with the Real Estate Board of New York and featured a lot of the heaviest hitters in CRE: Marc Holliday, Scott Rechler, Douglas Durst, Anthony Malkin, Mary Ann Tighe, Meredith Marshall … the list goes on and on!

Another category that will need a lot of help before it returns to normalcy is hospitality.

As the City Council debates its fate, the New York City Hospitality Alliance has come out strongly in favor of letting outdoor dining continue, saying the future of their members’ businesses depends on it.

“Outdoor dining was an absolute lifeline for restaurants and bars that were financially devastated by the COVID-19 pandemic,” Andrew Rigie, executive director of the Hospitality Alliance, told CO. “Since its inception, the Open Restaurants Program has saved 100,000 industry jobs and thousands of small businesses from financial collapse, and an overwhelming majority of hospitality customers love it.”

Despite the concerns, however, hospitality and retail does seem to be making progress.

Flatbush Central, an 18,000-square-foot open-air market for Caribbean food and goods featuring some 28 vendors and a food hall, opened near Prospect Park after some eight years in the making.

Nationwide (and highly controversial) arts-and-crafts mega-chain Hobby Lobby is taking a whopping 42,768 square feet at The Crossing at the Staten Island Mall.

And the world of luxury (which actually didn’t suffer all that much during the pandemic) saw a spanking new lease: Versace took the space that had been occupied by Givenchy at Wharton Properties’ 747 Madison Avenue.

Indeed, one would certainly not think there was anything wrong with the world of retail, food, beverage or luxury if you looked at what was happening with Major Food Group.

Jeff Zalaznick — who with Mario Carbone and Rich Torrisi, the restaurateurs behind sensations like Carbone, Dirty French and Sadelle’s — decamped to Florida at the beginning of COVID-19 and never left. He has since turned South Florida into a MFG playland. The group has opened or will open some eight restaurants in South Florida since 2020 (about 20 globally), and these eateries are some of the most desirable and difficult to get reservations for in town. Recently, MFG has even gotten into the residential condo business doing a branded building with JDS Development.

The Zalaznick story is one worth reading at length; CO profiled him in this week’s issue. It turns out, it shouldn’t have been a surprise that the New Yorker-turned-Floridian would have hungered for real estate: Zalaznick’s mother’s maiden name was Milstein. As in the Milstein family, one of the biggest names in New York real estate.

Speaking of storied New York real estate families, Brooklyn’s Walentas family also has a pretty full plate. In addition to finishing up Two Trees’ immense Domino project on the South Williamsburg coastline last year the company was approved for another big project: River Ring, which is just north of Domino.

Jed Walentas sat down with CO to discuss the family’s history in Dumbo, the Brooklyn office market, Mayor Eric Adams — pretty much everything.

And there’s a lot to talk about in Brooklyn. While certain Brooklyn developers, like Toby Moskovits’ Heritage Equity Partners, announced this week that it’s branching out to Miami, others are in the thick of it.

Greenpoint, to take one neighborhood, has seen multifamily rents going completely nuts over the course of the pandemic, with developers eager to cash in. And, in always popular Williamsburg, Bruman Realty scored $45.8 million in construction financing from Madison Realty Capital to finish a 55-unit mixed-use rental at 296 Wythe Avenue.

The borough saw some good leases this week too; Vestiaire Collective, an online luxury second-hand clothing store, is more than doubling its office and warehouse space at Liberty Bklyn in Sunset Park, and Twin Marquis, a noodle manufacturer, renewed its 71,500-square-foot warehouse at 7 Bushwick Place.

The biggest names of the condo boom of the aughts were also making waves last week.

And Arthur and Will Zeckendorf, the brothers behind Zeckendorf Development, which built the ultra-luxe 15 Central Park West, are planning to build a $1 billion luxury tower in the West Village along with Atlas Capital Group.

Likewise, a nightlife name that shined in the aughts before becoming a virtual supernova in the 2010s, David Grutman, announced several potential new venues inside the Wynwood Garage at 2660 NW Third Avenue, in Miami’s Wynwood. (The specific plans, his rep said, are still in flux.)

Some things will never go back

While every week we seem to be taking baby steps back to normalcy, there’s one thing that should be recognized: some things will simply never go back.

This week CO learned that the American Jewish University is putting its 35-acre Bel-Air campus on the market and retreating to digital education.

“The desire to liquidate now is reflective of serious trends in in-person learning use of the facility, and financial metrics have likely come to bear in this decision,” said Stuart Gabriel, chairman of Arden Realty and director of the UCLA Ziman Center for Real Estate. “I suspect the bottom line is an immediate financial imperative for the AJU.”

AJU is far from the only higher-education institution that has felt the financial crunch, and this predates COVID. Back in 2019 CO’s Tom Acitelli wrote about the phenomenon of colleges closing down and what happens to their real estate.

The one question that we forgot to ask in 2019: What happens to the football stadiums?

That’s an interesting question to ponder as we turn on Super Bowl LVI in Los Angeles and bury ourselves in craft beer, overpriced chicken wings and weird commercials.