What Happens to a College’s Real Estate After It Closes? 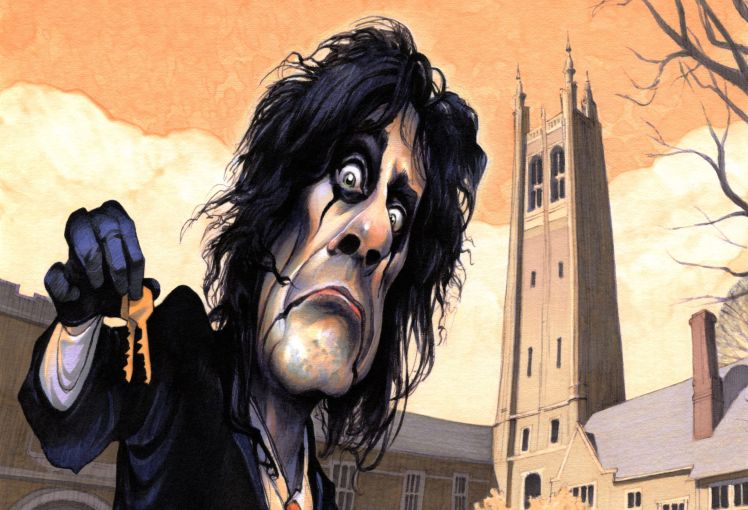 In December 2018, Newbury College, a private college founded in 1962 in the Boston suburb of Brookline, told students in an open letter that it would close after the following semester and that its campus would likely be sold.

“It is no secret that weighty financial challenges are pressing on liberal arts colleges throughout the country,” Newbury President Joseph Chillo wrote in the letter. “Newbury College is no exception.”

Indeed, a veritable wave of private not-for-profit and for-profit college closures has been sweeping the United States in the past couple of years. The majority have been in the Northeast and the Midwest.

In these regions, shifting demographics have wreaked havoc with the finances of these colleges, most of which tend to be smaller and unknown beyond their geographic and alumni bases. The regions they’re in don’t have as many college-age people anymore and the demographic shifts ensure they probably won’t for the foreseeable future.

This diminution in the numbers of new students has led to a decline in the colleges’ main revenue sources: tuition and fees.

The closures, though, have opened up opportunities for commercial real estate investors, especially ones from overseas. Doomed schools such as Newbury often leave behind multi-acreage campuses with redevelopment potential. But there are challenges to redeveloping these sites, and many schools that close find their second acts in, of all places, education.

College campus closures are not a new trend, but the pace of such closures has picked up.

In 2015, Moody’s Investors Service predicted that the annual rate of closures for the approximately 1,700 private, not-for-profit colleges in the U.S. would triple over the next few years, but stay below 1 percent.

It was a reasonable forecast. On average, five colleges closed per year from 2004 to 2014, and the rate stayed well below 1 percent. It was far less than 0.5 percent during the first half of the decade.

It’s still below 1 percent, according to Moody’s. But a July 2018 forecast shows it marching inexorably above that benchmark. Whereas five or so U.S. colleges closed a year as recently as 2014, it’s now around 11. That figure is expected to grow annually. Too few students equals too little tuition, and the affected colleges often can’t make up the slack through alumni or other donations, or through borrowing against their endowments.

What’s more, these shutterings are happening amid an economic boom.

“A severe or prolonged financial market downturn would accelerate the pace of college closures,” Moody’s said.

Finally, the Moody’s statistics do not include for-profit colleges—or not-for-profit ones that became for-profit—a sector that has seen its own run of closures.

Newbury College is on 7.8 acres, barely 30 minutes by car from downtown Boston, one of the most affluent cities in the U.S., with a growing population undergirded by the technology and life sciences industries. That location gives Newbury advantages other foundering colleges lack.

“The location of Newbury, with the Brookline address, the immediate demographics, is obviously different than a lot of college campuses that have closed, so there are a lot of potential uses that can happen there,” said Christopher Sower, a senior vice president at Colliers International, which is marketing the campus for $40 million.

Beyond its choice location, though, Newbury’s experience could prove typical of what other colleges have gone through having their campuses on the commercial real estate market. For one thing, the college has drawn a lot of interest.

“I would say the spectrum has run from other existing educational institutions,” Sower said, “to nonprofits to the other side of the spectrum on multifamily development and condo development.”

Any sale will have to take into account what the surrounding community and its officials want—another typical aspect of the trade of former college campuses.

“A lot of it comes down to what the local municipality will do or won’t do, or what the local civic associations want,” said Andy Graiser, a co-president of Melville, N.Y.-based A&G Realty Partners.

Graiser’s firm has brokered numerous deals involving campus properties, including the December 2017 bankruptcy sale of the 53-acre Daniel Webster College in Nashua, N.H., for $11.6 million. That aeronautics-focused college had been a not-for-profit until 2009, when it sold to ITT Educational Services in an ultimately futile bid to right its financial ship.

There and elsewhere, Graiser said his firm focused in large part on figuring out what the surrounding community and local leaders wanted before bringing in buyers. It was kind of a due diligence.

Graiser added that such diligence could take a while and quickly descend into the weeds of municipal bureaucracy.

“You’re not going to necessarily knock on the door and get to see the mayor,” he said.

Negotiations with towns and cities naturally pivot on usage, particularly of existing buildings. At Newbury, that means eight different pieces of land with buildings ranging in age from the 1890s to the 1980s, Cower said. At Daniel Webster, it was 13, some dating to the mid-20th century.

The campuses on the block and their brokers do have an ace in the hole when dealing with local officials—the switch in tax status. The vast majority of not-for-profit colleges are tax exempt. A change in usage to private development—housing, an office campus, a mixed-use development—can mean a windfall.

“That tax change can be very beneficial to the local municipality,” Graiser said.

As for the benefits to the schools themselves—and their financiers—the sales can erase deficits and settle debts. Newbury College, for instance, lost nearly $2.8 million in 2017, according to reports, and posted annual deficits twice from 2025 to 2017.

Southern New Hampshire repurposed its part of the campus for its own aeronautics curriculum (the former college was near Nashua Airport). As for Liu, he or his Virginia-based attorney have yet to file plans for the larger chunk of the campus that he purchased now more than 15 months ago. (Liu did not respond to a request for comment.)

A company Liu formed after the purchase—which also owns a former college campus in Lawrenceville, Va.—did try to get permission to use the Daniel Webster name in a new educational venture. But that is reportedly on hold.

The experience in Nashua reflects the fates of some of these campus deals when the buyer comes from overseas, particularly from China, which analysts say is the leading peruser of distressed American campuses. Such sales sometimes ignite local opposition and result in months, or years, of back and forth and legal wrangling.

Lawrence Township, N.J.-based Rider University’s sale of its Westminster Choir College in nearby Princeton—scheduled to close before July—to a company partially owned by the Chinese government has sparked multiple lawsuits and a public relations campaign.

Opponents say they are concerned about what they see as that connection to the Chinese government and the loss of a U.S. institution of higher learning. (Sui Liu and the Westminster buyer, the for-profit Kaiwen Education, could not be reached for comment.)

For the most part, though, these campus sales pass unremarkably. While there are not comprehensive statistics, analysts say the buyers are often other academic institutions looking to expand. In these scenarios, the buyer can end up simply absorbing a smaller, flailing competitor—a kind of academic merger.

Or the buyers are investors looking to redevelop the campus in myriad ways, including as a health care or technology hub, with the existing buildings fitted into the plans. Also, there is nothing to preclude most international buyers from acquiring the campus—just the local opposition that could arise with any deal. Newbury’s investment sales broker said some condo developers were kicking the tires, but nothing is finalized.

Instead, the biggest challenge for buyers, beyond navigating municipal politics, involves lenders. Most of the campuses’ sellers have multiple lenders and layers of financing, said Graiser of A&G. One lender might have a different idea than another about the value of a particular campus and the potential payoff, he said, and it’s the job of brokers to reconcile that. “You’re taking the risk out of it for a developer,” he said.

The easiest path comes via collegiate bankruptcies. In those cases, buyers show up with cash in a process that a bankruptcy oversees, making it easier to parcel out windfalls to lenders. In other cases, buyers rely on financing sources familiar in other commercial real estate deals, including conventional banks and private equity.

And, while Moody’s does expect the number of campus closings to rise, it would take that economic downturn, and the likely financing crunch that would result, to really accelerate the trend beyond where it is now.

“[P]rivate colleges—even less selective smaller ones—remain remarkably tenacious in the face of credit stress, which will limit a large-scale shakeout of the industry for now.”