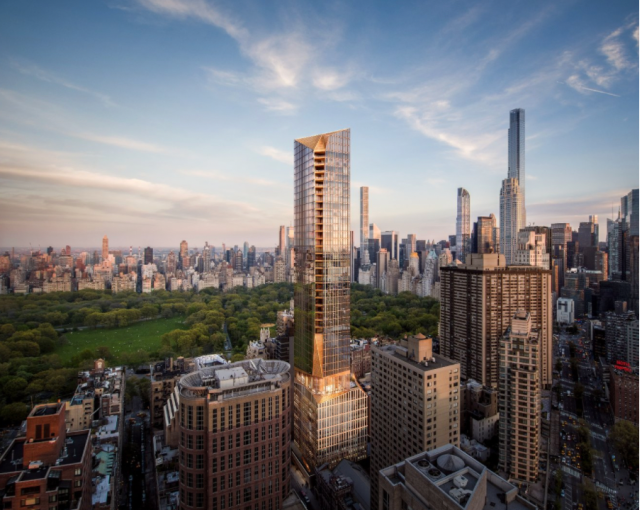 Bank OZK was the senior lender on the deal, supplying an $800 million loan for Extell’s 69-story project at 50 West 66th Street. JVP Management provided a $167 million mezzanine loan as part of the debt package.

“The project will ultimately become one of the premier condominium buildings in the city,” said David Sarner, Bank OZK’s executive vice president of originations in its real estate specialties Group. “Extell is the perfect sponsor to deliver a successful project in the highly desired Upper West Side submarket and market conditions are very favorable for delivery of this marquee asset.”

Extell received the financing more than four years after first announcing plans for the residential tower in late 2017, which calls for 127 condo units and an outdoor terrace on the 16th floor with a garden and swimming pool, The New York Times reported.

The development has faced legal challenges with the nonprofit City Club of New York suing Extell in April 2019 to try and halt the project over zoning and safety concerns. Extell responded with its own lawsuit against City Club in December 2019 after it claimed the nonprofit continued with its case even after agreeing to drop it for a $300,000 settlement payment.

Justice Arthur Engoron of New York State Supreme Court, ruled in favor of the nonprofit in September 2020 before the decision was overturned on appeal in July 2021 paving the way for construction, The Real Deal reported.

Representatives for Extell, Bank OZK and JVP Management did not immediately return requests for comment.