New Flatbush Caton Market Opens After 8 Years in the Making 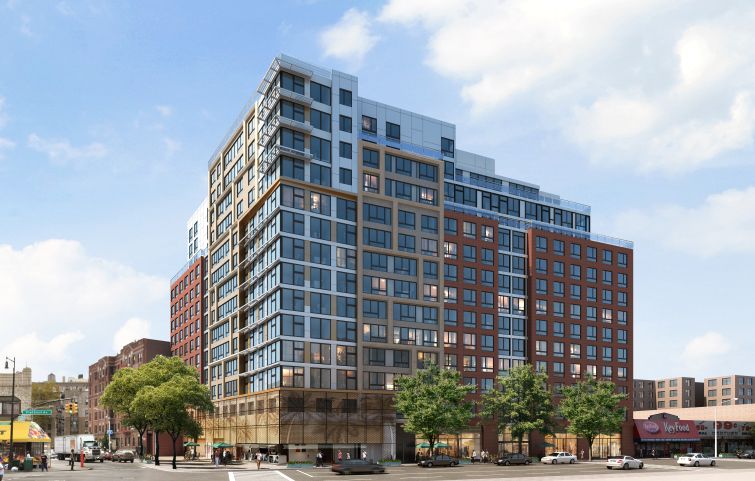 Now known as Flatbush Central, the 18,000-square-foot market is home to 28 local vendors, an audio-visual editing suite and a food hall with several kitchens, including a 2,000-square-foot commercial kitchen.

James Johnson-Piett, CEO and principal of Urbane Development, was selected along with BRP Companies, by the EDC in 2015 to rebuild the marketplace at 2123 Caton Avenue. The coronavirus stalled the project — slowing the delivery of kitchen machinery and construction materials — and briefly shut down the market’s temporary outpost.

“It’s the end of the beginning,” Johnson-Piett told Commercial Observer. “For eight years we’ve been running up to this point where now we’re open — now we actually have to run the thing. That’s actually kind of exciting, and definitely daunting but we’re up for the challenge”

Former New York City Council member Una Clarke helped create the first market in 2000 to provide an indoor home to dozens of Caribbean street vendors. The market has transformed over two decades to include a business accelerator program, dubbed Mangrove, offering a curriculum, funding, assistance and access to the brand new culinary, cosmetic, media and textile production equipment for entrepreneurs of color, according to the EDC.

“I am delighted to see my vision fulfilled, that vendors and entrepreneurs from our community now have a permanent home which gives both pride and dignity to those who struggled for existence and recognition,” Clarke said in a statement. “Building long-standing institutions rather than promoting temporary programs in our community is of the utmost importance. Because institutions last while programs come and go.”

When the city picked Urbane and BRP for the project, BRP agreed to house the vendors in a temporary location on Clarendon Road near the corner of Flatbush Avenue while it built the 14-story, mixed-use 2123 Caton location, at no cost to the small business owners, with Urbane managing the marketplace, according to the EDC’s announcement today.

“This is a very unique project in the sense that the whole ethos was really development without displacement,” Johnson-Piett said. “[We were] trying to navigate market forces, politics, pandemics and still land in a place … [that was] preserving some sort of economic and cultural identity for Flatbush, Brooklyn, which is Caribbean. And we have this institution now that’s really trying to hold that legacy.”

The marketplace relocated to the Clarendon Road space in 2018 and construction on the new Flatbush Central was expected to wrap up in 2020, but the pandemic put a damper on those plans. It forced the temporary space to shutter until July 2020 — only managing to open with reduced hours. Urbane provided cash assistance to retailers and New Yorkers crowdfunded $46,000 split between the vendors, The Haitian Times reported. As the pandemic dragged on, so did the construction process, Johnson-Piett said.

“We’re still waiting to get glass and mirrors that we ordered over a year and a half ago,” Johnson-Piett said. “Even little things — like we ordered some shades as a protective element for our booths. Getting the shades and having them installed just took a lot longer. Those last-mile things that make a marketplace really sing was where we ran into problems.”

The development didn’t have trouble getting core construction materials in, but finishing touches — like industrial equipment for its kitchens — were caught in the global supply chain issues that caused shipping containers at port cities like Los Angeles to pile up, Johnson-Piett said.

Now, residential tenants and vendors are mostly moved into the development. The 255 affordable housing units, dubbed Caton Flats, snagged a certificate of occupancy in May 2021 and the housing lottery for the apartments finished in August, Johnson-Piett said. Then the Caribbean American Chamber of Commerce moved its office to the new market in November.

Vendors who had space at the original market pay between $420 and $500 a month for their stalls, in a legacy rate that will never increase as part of an agreement the developers and EDC came to during a Uniform Land Use Review Procedure. And the developers are actively negotiating for two roughly 4,400-square-foot market-rate commercial spaces on the first floor.

Johnson-Piett said he’s been in touch with companies in ​​the food and beverage, medical, health and fitness, fashion, arts and nonprofit sectors for the space — with an eye toward what would benefit the community most.