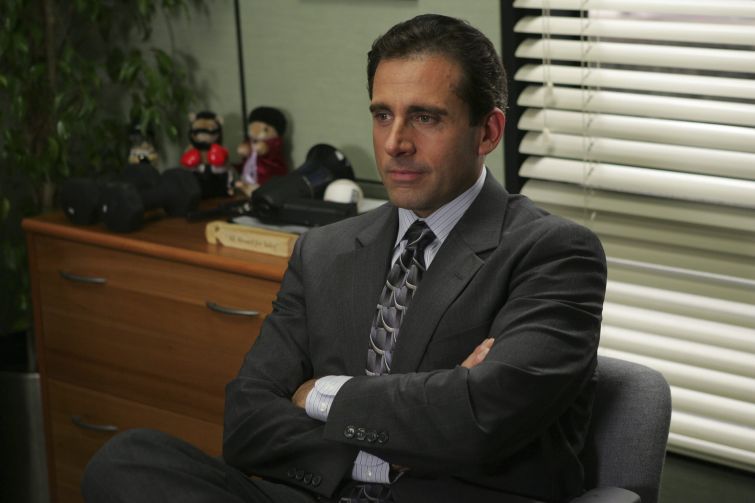 These were the immortal words that Michael Scott thundered to the drones at Dunder Mifflin after hearing from the dubiously sourced Creed Bratton that bankruptcy is “nature’s do-over; it’s a fresh start; it’s a clean slate.”

And, well, Creed is not completely nuts. (Mostly, though.) What we mean by that is, that while bankruptcy is certainly not preferable, it is a tool that a lot of people in business avail themselves of when they need to. (The important part is in the last four words of that sentence. Not because they have a high-spending, emotionally erratic girlfriend named Jan driving them into economic oblivion.)

First was Toby Moskovits, whose Heritage Equity started Chapter 11 filings on its flagship property, The Williamsburg Hotel, after defaulting on its loans on the 147-room hotel at 96 Wythe Avenue in Brooklyn. According to court records, Heritage has between $50 million and $100 million in debt on the property. (This is not Heritage’s first tango with bankruptcy, either; last July, it started Chapter 11 proceedings at its unfinished hotel at 232 Siegel Street in Bushwick.)

Another Brooklyn developer took to Chapter 11 last week, when Yoel Goldman’s All Year Management filed to stave off a UCC foreclosure sale on its massive housing development in Bushwick, known as Denizen. (This comes after negotiations failed with All Year’s mezzanine lender, Mack Real Estate Credit Strategies.)

The property All Year is frantically trying to keep is a sought-after one; this week, we also learned that Silverstein Properties is trying to buy half of the project for $200 million, according to documents filed on the Tel Aviv Stock Exchange.

Bankruptcy was not the only thing that was driving real estate people into court. Equinox was hit with $1 million in lawsuits for apparently failing to pay rent at two of its Downtown Manhattan locations: 14 Wall Street and 196 Orchard Street. (This is ironic, as one of Equinox’s main investors is Jeff Blau, who heads Related Companies, and has scolded tenants about not paying rent in the past. But, apparently, Equinox makes its own decisions independent of Blau.)

And, if we may be allowed to wallow for just a moment: The data came back from Brooklyn small businesses last year and it was predictably awful. Some 80 percent lost revenue. For the big Brooklyn offices, the story is not very different. The market was already sluggish and overbuilt pre-pandemic; rents have come down as one might have suspected, and another 4 million square feet is in the pipeline and set to come online by 2024.

Was there anything good last week?

Actually … Quite a lot. There were, for instance, leases. Big leases.

Amazon signed a 1 million-square-foot lease for a distribution center in Central California. And, while it’s a drop in the bucket for them, 1 million square feet is always something to sit up and take notice of.

Likewise, the biggest Westchester County lease of 2021 so far was signed when Alico renewed its 105,000-square-foot footprint at Cohen Brothers’ 333 Westchester Avenue in White Plains.

There were retail leases, even! One of the most iconic restaurants in New York City history, Delmonico’s, announced that it was opening a new satellite at Cachet Boutique New York Hotel in Times Square. Oh, and Izzy’s BBQ Smokehouse, the popular, kosher barbecue joint in Brooklyn, also signed up for its first Manhattan location on the Upper West Side.

And, while Brooklyn has suffered through the crisis, it’s not the same case everywhere throughout the borough; Industry City, for instance, has actually done a pretty good job luring back tenants to their 6 million-square-foot property.

There were other positive signs, too. Life sciences leasing doubled in New York City last year, the largest amount of leasing in the sector since at least 2011. Likewise, after a shaky year during the pandemic, student housing is showing signs of a rebound, according to a new report by Yardi Matrix.

And the well-heeled are looking to make investments; CBRE bought a 35 percent stake in workplace provider Industrious for $200 million.

“I declare it Sunday!”

We’ll leave you with two more pieces of news from the week.

One of the top women in commercial real estate, Greta Guggenheim, announced that she was retiring from her role as CEO of TPG Real Estate Finance Trust.

And, for those who want a leisurely Sunday read, may we recommend this in-depth look at real estate crowdfunding and whether it could ever have a GameStop-level moment of crazed exuberance.