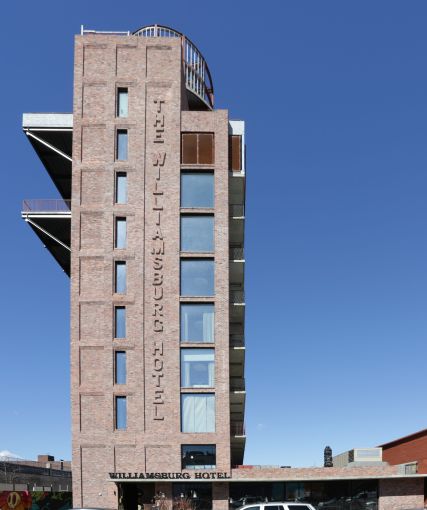 Toby Moskovits’ Heritage Equity Partners filed for bankruptcy on its flagship development, The Williamsburg Hotel, nearly a year after Heritage defaulted on its loan at the property, court records show.

Heritage started Chapter 11 proceedings for the 147-room hotel at 96 Wythe Avenue in Williamsburg, Brooklyn, under the 96 Wythe Acquisition LLC with between $50 million to $100 million in debt, according to court records.

Moskovits did not immediately respond to a request for comment.

Heritage bought the site between North 10th and North 11th streets for the eight-story hotel in 2012 for $4.85 million. In 2017, Heritage landed a $68 million loan for the development from Benefit Street Partners.

However, the hotel struggled with low occupancy and revenues per available room, an important lodging-industry benchmark, and Heritage defaulted on the loan from Benefit Street Partners in 2019, as Commercial Observer previously reported.

Moskovits fielded offers from bidders in 2019 to buy the hotel for around $135 million, but Moskovits emphatically denied at the time she’d put the hotel up for sale, as CO reported.

Heritage nearly lined up a $76 million refinancing to cure its default in 2019, but the deal appears to never have closed, per property records. In October 2019, the hotel was thrown into receivership over the default, The Real Deal reported.

The Williamsburg Hotel isn’t the only troubled asset for Heritage in recent months. In July, Heritage started Chapter 11 proceedings at its under-construction, 144-hotel room hotel at 232 Seigel Street in Bushwick.

And Moskovits is facing a slew of lawsuits and foreclosures for different projects around Brooklyn, including the office development at 215 Moore Street, TRD reported.

— With additional reporting by Cathy Cunningham and Chava Gourarie