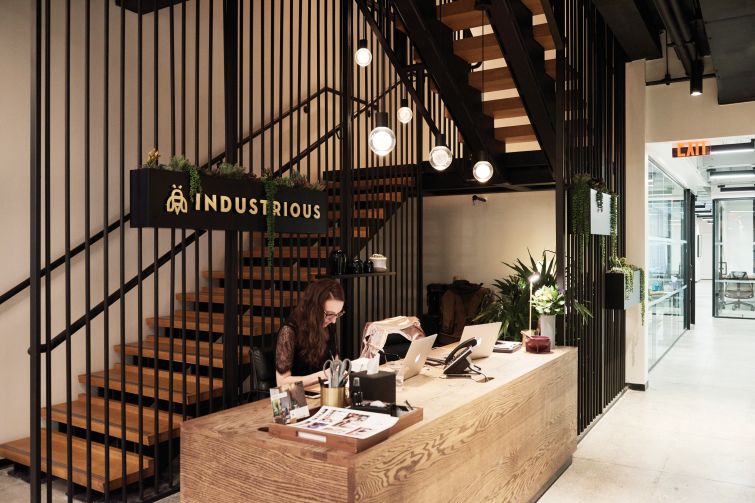 Global brokerage CBRE bought a 35 percent stake in flex space provider Industrious for $200 million, with plans to merge its own workspace brand Hana with Industrious, the companies announced Monday.

CBRE plans to up its stake to 40 percent in the near future, per its statement.

The move comes at a time when the future of the office is, itself, in flex. While some workspace providers, like WeWork and Knotel, have struggled through the pandemic, a majority of companies are looking to incorporate flexible space in their post-vaccine office strategies, according to CBRE research.

“Almost every Fortune 500 [company] is putting in workplace plans that explicitly say they’re going to massively increase their use of flex,” said Industrious CEO Jamie Hodari.

And the investment puts both CBRE and Industrious in position to capitalize on each other’s strengths as companies adjust to the new normal, Hodari said.

“From our point of view, these workplace plans are complicated,” Hodari said. “It’s coming and it is pretty complicated. Some of it requires things that we’re very good at, and some of it is not in our core business.”

Industrious previously received backing from real estate heavyweights like Brookfield Properties and TF Cornerstone. It last raised $80 million in August 2019, on top of $80 million the year prior.

The company, founded in 2013, focused on management contracts rather than leases to build up its portfolio, and partnered with landlords like Hines and Jamestown. Early in the pandemic, Industrious let a third of its workforce go, but it has since continued to expand.

It opened new locations, including one at the Carnegie Hall Tower in Manhattan in February, and rolled out new products, like its hub-and-spoke enterprise office model last November.

Industrious began exploring going public last year, and that remains on the table, Hodari said. “This doesn’t really alter the timeline for an IPO if and when it were to happen,” he said. “Maybe it solidifies that trajectory.”

Neither company revealed Industrious’ valuation, but the 35 percent stake at $200 million would put it starting at $571 million, with the value of Hana added to the denominator.