'When they really like the tenant, they get much more aggressive in trying to make those deals happen.’ 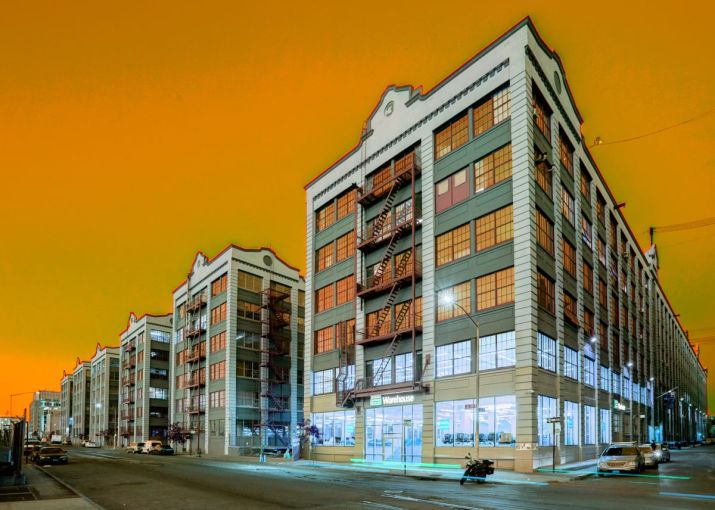 Industry City has kept leasing velocity close to pre-pandemic levels, thanks in part to the complex's substantial amount of outdoor space. Photo courtesy of Industry City

Fewer than 15 percent of New York City workers have returned to their offices since COVID-19 descended upon the country just about a year ago.

At the 6 million-square-foot Industry City complex owned by Belvedere Capital, Jamestown and Angelo Gordon & Co., that number is up over 50 percent.

The factors underpinning the Sunset Park, Brooklyn, development’s success in getting its tenants back in the building are much the same as those that have helped it continue leasing at a healthy clip, despite (and, in some cases, due to) the pandemic that has roiled real estate markets across the city and the nation.

“I think we’re the anomaly,” said Kathe Chase, director of leasing at the development. “Since the pandemic, we have leased about 500,000 square feet of upper floor and ground-floor space.”

According to Jim Somoza, Industry City’s director of development, that pace is at least even with pre-pandemic levels and, perhaps, even a bit above them.

“The gratifying thing to us is that we’ve been able to at least maintain, but actually probably increase velocity somewhat during a time when not a lot of people have been leasing space,” he said.

The keys to Industry City’s strong leasing and high rate of returned tenants, according to its backers? Having the right product in the right (enough) location at the right time, and then putting an effective strategy in place to leverage those advantages.

To start, the physical nature of the development gives it a leg up when it comes to mitigating the risk of COVID-19, Somoza said, noting that structural elements like relatively low-lying buildings, large elevators, and multiple entrances and lobbies reduce the amount of crowding workers have to deal with.

The 35-acre complex also features a substantial amount of outdoor space, much of which is now covered in tents and outfitted with heaters to allow for outdoor work and dining.

“We have about 125 heaters across the campus, a combination of portables and hard-piped gas,” Somoza said. “They go on every morning at 10 a.m. and stay on until 10 p.m., and so, we have been able to create this place where people can come back to work and have a place to go outside if they want to.”

“On any day, you will see people [outside] having lunch, but you will also see a lot of people sitting at the table with their laptop,” he said. “And those are some of our tenants who decided to come downstairs for a period of time, and do some work outdoors, and kind of spread it out to be safer during the pandemic.”

Another factor is the development’s now prescient-seeming decision to provide ample on-site parking. It currently offers 950 parking spaces and plans to add 150.

That parking capacity was planned well before the pandemic, but it has proved a particular advantage this year as New Yorkers — both those who work at Industry City and those who are coming to shop or eat there — have increased their driving to reduce their potential exposure to the virus via mass transit.

These features have helped the development draw tenants it might not have otherwise. Chase cited the recent example of Cowtan & Tout, a home textiles firm formerly based in Manhattan that, pre-COVID-19, was looking to move its warehouse and distribution operations to Industry City. However, after the pandemic hit, it decided to also move its executive offices to Industry City from Hudson Square.

The development has also benefited from the fact that, while leasing is down in most segments throughout the city, “the industrial market is on fire,” Chase said, noting that the pandemic has actually increased demand for industrial space.

“E-commerce is going crazy — a lot of people aren’t walking into stores … so all the distribution facilities are packed and expanding,” she said. “Food has taken off wildly also. People aren’t eating in restaurants, so delivery services and commissary kitchens and ghost kitchens are all doing incredibly well.”

Somoza added that Industry City’s Sunset Park location was also a boon in this regard, given its proximity to many of the borough’s hotspots.

“If you count South Brooklyn as being sort of Fort Greene and Clinton Hill to Bay Ridge, we are right in the middle of that, and so, our location has been very attractive to a lot of last-mile people,” he said, citing the example of Whole Foods, which opened its first online-only store at Industry City this fall.

“They wanted to locate here because they can easily get to a wide range of [Brooklyn] geographies,” he said.

Chase said that on the industrial side, Industry City hasn’t reduced rents at all over the course of the pandemic.

On the office side, the development has had to be more flexible, she said.

“In terms of offices, we have always customized deals, we continue to do that, and we’re, obviously, especially sensitive right now to the pandemic and helping companies for this period of time,” she said. “We are looking carefully at every deal and making deals that maybe we wouldn’t have made a year or two ago.”

Peter Schubert, managing director of commercial leasing at TerraCRG, said that while “the market is really soft for retail and a lot of commercial space right now,” Industry City has “absolutely done great as far as we can see.”

He noted that while the Sunset Park location is a turn-off for some, “for a lot of people, it does work, and they have just been very accommodating and reasonably priced,” he said.

Schubert said that he is in the middle of negotiations with Industry City for around 8,500 square feet of food production space with a small amount of retail.

“Pricing is definitely a competitive advantage” for the development, he said. He added that the strong capital position of the property’s owners allows them to accommodate tenants, too, particularly those they believe will add to the overall value of Industry City.

“They have a lot of space, and when they like a tenant, when that tenant is accretive to the community … they have the ability to give cheap deals,” Schubert said. “A lot of [other] people have big mortgages, they are stuck at a certain rent that they can’t go below or else they will bust their pro forma.”

Schubert said that in his experience working with Industry City, it can be very flexible for tenants whom the owners like and considerably less so for tenants they find less interesting.

“I have found that when they don’t like the tenants that much, the deals are higher-priced,” he said. “When they really like the tenant, they get much more aggressive in trying to make those deals happen.

“They are hyper-focused on trying to make sure they have a good mix and trying not to overweight any one thing or create too much competition in any one area,” he added.

So, while the development has not exactly sailed through the pandemic, it has weathered it better than many. It also appears, for the time being, to have worked past the defeat of its expansion plans. Industry City in September 2020 scrapped an application for a proposed rezoning in the face of local opposition and wavering political support. The rezoning would have allowed for more than 1 million square feet of new commercial, retail, academic and industrial space, as well as 15,000 new jobs.

Chase said she expects the adjustments made to cope with COVID-19 to continue to yield dividends even after the city has moved past the virus.

Features like widespread outdoor heating and indoor-outdoor seating arrangements will be a draw post-pandemic, she said. “We didn’t do anything during COVID at the expense of the post-COVID [environment].”

“I think e-commerce stays strong,” she said. “I think the food industry stays strong. And I think people have also gotten a little bit spoiled by being on a campus in the middle of New York City and having the luxury of outdoor space and low-rise buildings. So, I think we will be on the same trajectory.”