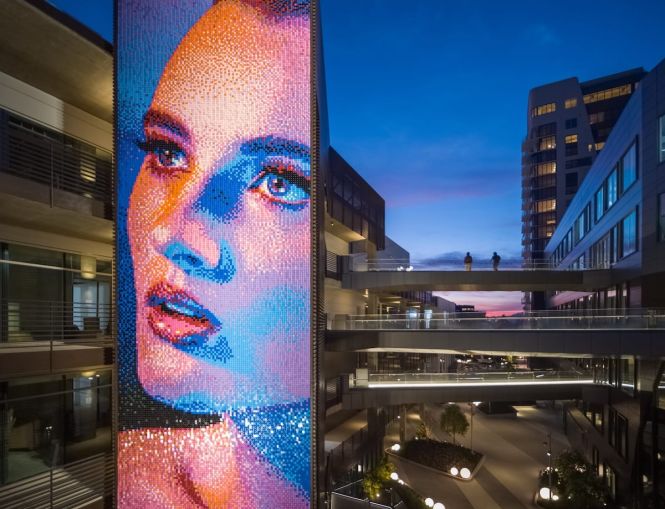 One thing that has remained certain during all the highs and lows of the horrible pandemic: We need something to binge.

Hospitality, retail and office all took enormous hits, thanks to COVID-19, but one thing that has remained stalwart has been America’s streaming services.

Which might explain why Reed Hastings, Victor Coleman, Michael Hackman and Chris Graham all earned space on Commercial Observer’s list of the 25 most powerful people and companies in L.A.

For those who are unfamiliar with these names, Hastings heads up Netflix; Coleman, the CEO of Hudson Pacific Properties, is Netflix’s landlord (one of ’em, anyway); Hackman has been on a studio buying spree with deals in New York and New Orleans; and Hudson has been in partnership with the illustrious Blackstone, where Graham leads West Coast operations. (Oh, and speaking of Netflix, Kilroy Realty Corp. unveiled their new 3.5-acre campus this week at 1341 Vine Street.)

Of course, CO’s list included many other revered names from the City of Angels, including the top brokers at CBRE, Newmark and Cushman & Wakefield; affordable developers like the Meta Housing Corporation; and the all-powerful Nury Martinez, who heads up the City Council. For those who want to see where we think the L.A. pecking order stands, it makes for some critical Sunday reading.

There were leases this week. There were (gasp!) even some retail leases!

We also learned of an interesting pop-up: Last month, Toyota opened a 10,000-square-foot experiential marketing center at 60 10th Avenue under the High Line at West 14th Street in the Meatpacking District. Apparently, sales will not happen on the site, but one will still be able to see some of what Toyota has to offer and take a holiday-dappled imaginary trip to the North Pole.

And we even saw a retailer rise from the ashes: Barneys is returning in 2021 to two locations in the New York area, one of which will be inside the Saks Fifth Avenue store! Word is that even Fred’s, the iconic restaurant within the store, will be resurrected!

First, there were more than 1 million fewer jobs in the New York region in October than there were in October 2019, according to a report by the Bureau of Labor Statistics. This was the steepest decline of anywhere in the country.

In case you didn’t know it, the Port Authority needs a $3 billion federal infusion, post-haste — a topic CO discussed in depth this week with Rick Cotton, the agency’s executive director.

Real estate goliath Vornado saw a major shakeup this week: 70 people at the REIT were let go and CFO Joseph Macnow, who had been with the company for 39 years, will step down at the end of the month. (Macnow will still serve as an adviser, but Michael Franco was named the new CFO.) This latest action also includes cutting $35 million out of Vornado’s budget.

Well, we foresee a lot more hustle in the future for developers: The days of the 10-year lease look ever more like a beautiful idyll from a long ago age.

And there is definite discord in Queens over the plans for the development of a 13-building, 1,700-unit complex along the Flushing waterfront, a topic CO looked at in depth this week.

But those are future problems. Sit back, binge a couple of shows on Netflix, and, if you have time this Sunday, visit Home Depot — with a mask on and keeping your social distance, of course.