Barneys Returning to NYC Next Year Inside Saks Fifth Avenue 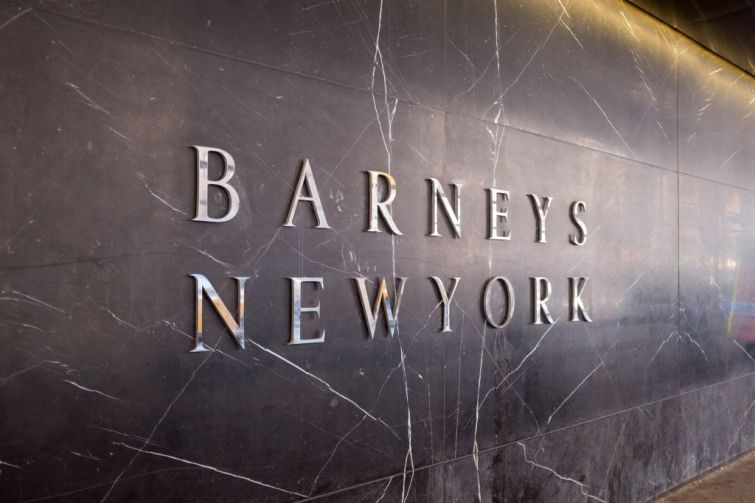 Storied retailer Barneys New York will return to Manhattan early next year, this time inside a Saks Fifth Avenue location, after its resurrection was stalled by the coronavirus pandemic.

Barneys plans to open its first two stores in the first quarter of 2021, with the first to be housed on the fifth floor of Saks’ flagship location at 611 Fifth Avenue, Bloomberg reported. The other will be a small, standalone outpost in Connecticut.

The department store filed for bankruptcy last year and was bought by brand management company Authentic Brands Group (ABG) and B.Riley for $271 million in November 2019. ABG originally planned to bring Barneys back inside Saks in September, but those efforts were delayed because of COVID-19, which has proved punishing to retailers.

“We would have liked to have it open by now,” Jamie Salter, CEO of ABG, said during a WWD event on Wednesday. “Unfortunately, what happened with COVID-19 set us back a year.”

Facing a huge rent hike at its 264,498-square-foot flagship at 660 Madison Avenue, Barneys filed for bankruptcy in August 2019 with more than $100 million in debt. Other investors tried to pick up the nearly 100-year-old department store, including one that would’ve maintained its storefronts, but ABG eventually won out.

ABG — which has been partnering with mall owner Simon Property Group to pick up bankrupt retailers like Brooks Brothers during the pandemic — plans to license out Barneys’ name to Saks to run websites, pop-ups and the store inside Saks’ flagship location. ABG and B.Riley closed Barneys’ 15 remaining storefronts around the country, including the Madison Avenue flagship that shuttered in February.

Aside from bringing back Barneys at Saks, ABG will also resurrect the restaurant within Barneys, Fred’s, sometime next year, according to Bloomberg.