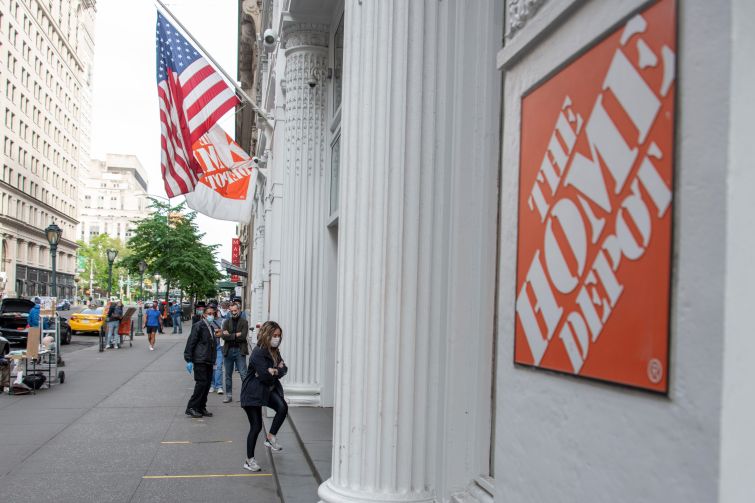 In a second leasing deal for 120,000 square feet in as many months, Home Depot has extended its lease at Williams Equities’ 28-40 West 23rd Street, cementing its reign in the Chelsea and Flatiron area for around another 15 years.

“It fits into the community in an integrated way, and Home Depot has done well, even during the pandemic,” said Andrew Roos, principal of the tri-state region at Colliers International, who represented Williams Equities, along with Michael T. Cohen, president of Colliers’ tri-state region, and Mac Roos, an associate director in Colliers’ New York office.

It’s one of the biggest retail leases in New York City during the pandemic, and joins a similarly titanic one that Home Depot was also behind.

In October, the retailer completed a new lease for 120,000 square feet at Gazit Horizons’ retail condo at 410 East 61st Street, where it will move and expand next year from around 80,000 square feet at Vornado Realty Trust’s nearby Bloomberg Tower on the Upper East Side.

On West 23rd Street, Home Depot currently anchors the two connected buildings located on the south side of the block, between Fifth and Sixth avenues just steps from Madison Square Park.

It occupies the ground and lower levels, and the mezzanine, and has a grand entrance into the white landmarked property right between its two office lobbies. Estée Lauder and AT&T divisions are the building’s only other tenants. The building’s large glass atrium extends into the Home Depot space, giving it plenty of light.

In September 2004, the home improvement giant signed a 15-year deal with a five-year option, which had already been exercised. The new deal was described as an early, long-term extension that brings them into the mid-2030s.

The retailer has a loading dock on West 22rd Street, and ownership does not permit the sale of items like lumber and plywood. But, as it is considered an essential retailer during the pandemic, it has been popular for its cleaning supplies and home decor items.

“In a challenging retail environment, it checked their box, and they didn’t have to spend new capital and neither did we to get the space ready for a new tenant,” Roos added. “The location is vibrant and worked for them.”

No rents were released for the new deal, and retail has seen few transactions. On the Upper East Side, Gazit Horizons CEO Jeff Mooallem previously said that Home Depot’s deal to replace Bed Bath & Beyond involved “sizable rent increases.”