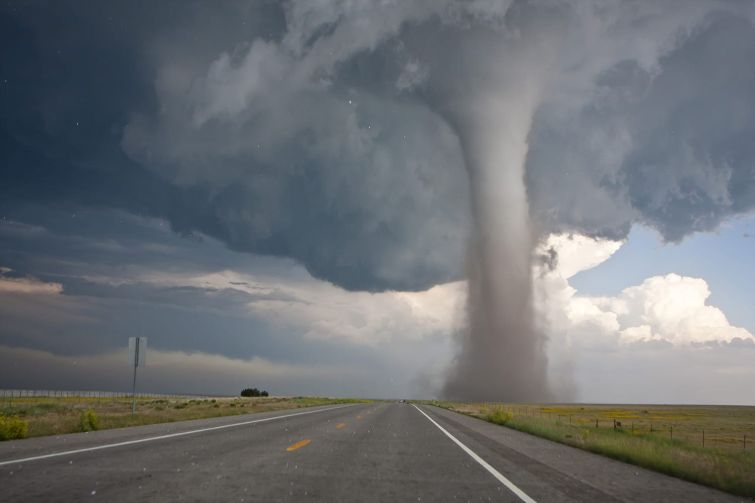 Vornado news landed in New York City this week with a force worthy of the tornado watch that the city experienced on Tuesday: Facebook signed on the dotted line!

Commercial Observer has been watching this deal for months. In May we had it on good authority that despite the fact that Facebook’s corporate office was saying that it would be shifting half its workforce to WFH status, the social media company was nevertheless going to be closing on more than 730,000 square feet at Vornado’s Farley Post Office.

It took a couple of months to solidify, but it happened this week, and it might just convince a lot of skeptics that major companies still believe in New York City and its office stock.

“This commitment is a dramatic statement from one of the most important global tech companies that even in the midst of a pandemic commerce must continue,” said Vornado’s CEO Steve Roth during the company’s second-quarter earnings call last week.

Vornado had reasonably good news to report in the call too; the REIT collected 93 percent of its office rents in the second quarter and 72 percent of retail rents, for a combined 88 percent for the entire portfolio.

And, while it’s tough to compete with the Facebook announcement, that wasn’t the only news Vornado could boast about: They also put a $195 million senior mortgage at Times Square’s Crowne Plaza hotel on the market.

Not everybody can be Vornado….

It wasn’t all peaches and cream for others, though. The New York City Hospitality Alliance came out with restaurant and bar numbers from July and they were not good. Which is putting it euphemistically. Some 80 percent of bars and restaurants couldn’t pay their rent in full last month.

And Conde Nast, which leant a great deal of credence to 1 WTC when they moved there in 2014 is, according to the New York Post, on the lookout for new headquarters.

And Now Let Us Praise the Lawyers!

Of course, this is kind of inevitable given how uncharted the territory we’ve entered is. Nobody knows what to think; even the best real estate lawyers of the city are venturing into the unknown.

As are their clients like, say, foreign buyers. On an individual level, some are pulling back from New York’s hallowed condo stock. But, as far as investment sales are concerned, big foreign money is finding the temperature just right to stick their toe in an otherwise overheated real estate pool.

And, in the midst of all of this chaos, lawyers like Hunton Andrews Kurth’s Laurie Grasso are still inking $400 million-plus deals.

Commercial Observer had it on good authority last week that SL Green Realty Corp. is looking to sell 110 Greene Street, which they’re hoping to get between $250 and $300 million on.

And, while we didn’t see a ton of leasing activity this week, Mother New York, a London-based creative marketing firm, announced that they were taking 61,000 square feet at Industrie Capital Partners’ 124 Ninth Street in Gowanus.

Which leads one to examine Ian Anderson of CBRE’s thesis that  COVID-19 is actually accelerating the positive trends in D.C.’s market.

On the West Coast, CO learned this week that Hollywood & Highland, one of the most popular shopping and tourist destinations in Los Angeles, is getting the one thing that you can never be judged too harshly on in L.A.: The facelift.

In Hollywood & Highland’s case, their facelift will come in at $100 million, which we’ll concede is high by cosmetic dermatological standards, but not too bad if we’re talking about a 7.6- acre retail extravaganza. (It almost takes one’s mind off the rampant corruption of city officials, like what Councilman Jose Huizar is accused of; the councilman pleaded not guilty this week to 34 counts of bribery, racketeering, money laundering, extortion, wire fraud… well it gets bad from there.)