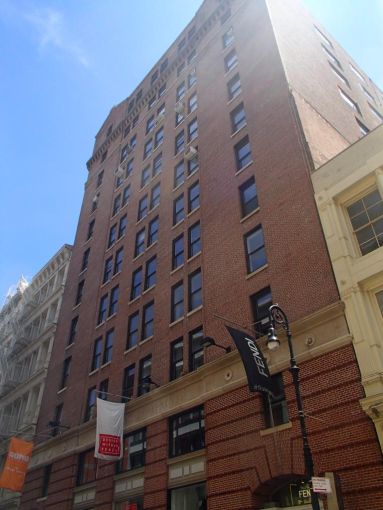 Roughly five years after purchasing 110 Greene Street in Soho, SL Green Realty Corp. is said to be unloading it. The landlord is about to hit the market with an anticipated $250 to $300 million sale of the property, multiple sources told Commercial Observer.

Newmark Knight Frank has been hired to lead the sale, sources said. Officials at the brokerage weren’t available to comment.

In July 2015, SL Green announced it had acquired a 90 percent interest in the 13-story office asset — based on a gross asset valuation of $255 million — which is also known as The Soho Building and located between Spring and Prince Streets. The purchase increased the REIT’s considerable presence in the neighborhood at the time. Since then, it’s substantially unloaded all but one of its Soho assets; 110 Greene.

One source familiar with the sale said that SL Green is simply, “selling a ton of non-core assets to buy back stock,” adding that “this is an A+ location.”

The landlord also parted ways with its retail condominium at 609 Fifth Avenue in the thick of the COVID-19 pandemic. In May, an affiliate of Reuben Brothers purchased the asset for $168 million in an all-cash deal, as first reported by CO.

And while the pandemic scuttled the firm’s planned $815 million sale of the News Building in Midtown East to Jacob Chetrit in late March, the firm announced a $1 billion liquidity plan a month later, meeting that goal via its sale of a 49.5 percent interest in One Madison Avenue to the National Pension Service of Korea and Hines.

As the No. 6 honoree on CO’s Power 100 list, Andrew Mathias, president of SL Green added color to the REIT’s recent activity: “We’re going to continue that program of raising liquidity beyond the billion dollars, deploying it into stock buybacks,” he said in the Power 100 interview, adding that the firm was evaluating additional sales of debt and real estate assets and that “we’re happy to make a market.”

Officials at SL Green were not immediately available for comment.