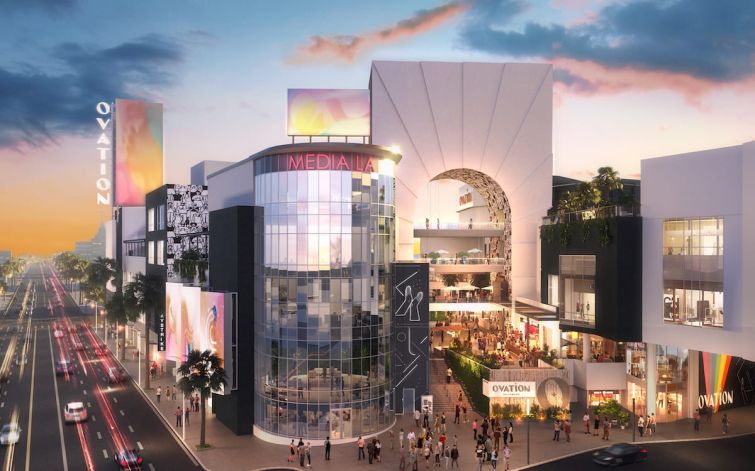 The 7.6-acre retail property will be repositioned and rebranded as Ovation Hollywood in a $100 million makeover. rendering: Courtesy of DJM 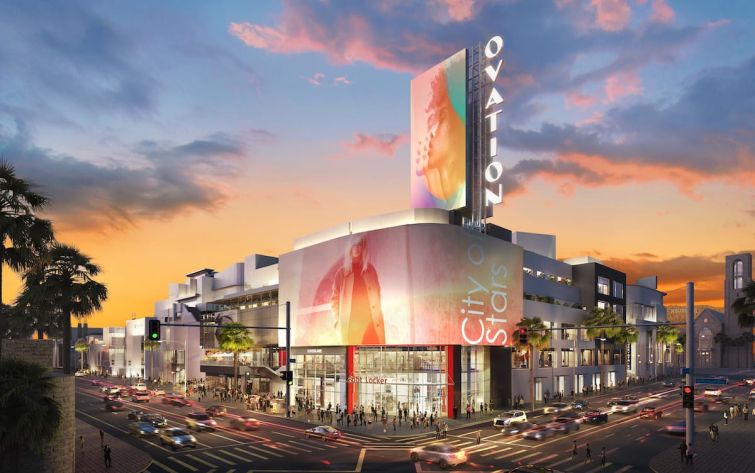 The project is set to begin later this year, and expected to finish in the second half of 2021. Rendering: DJW 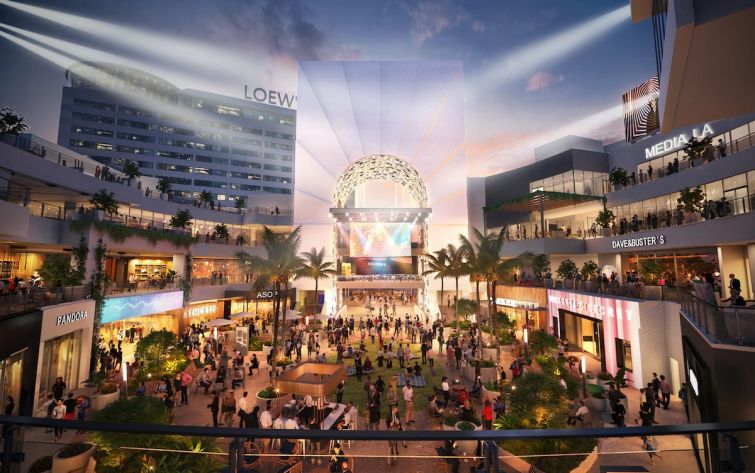 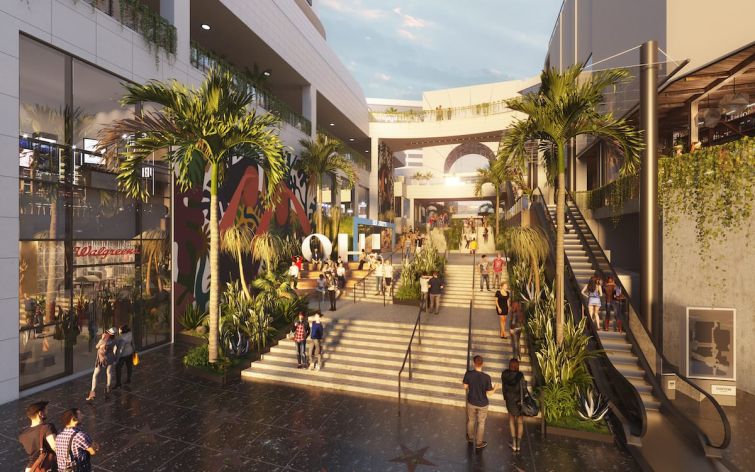 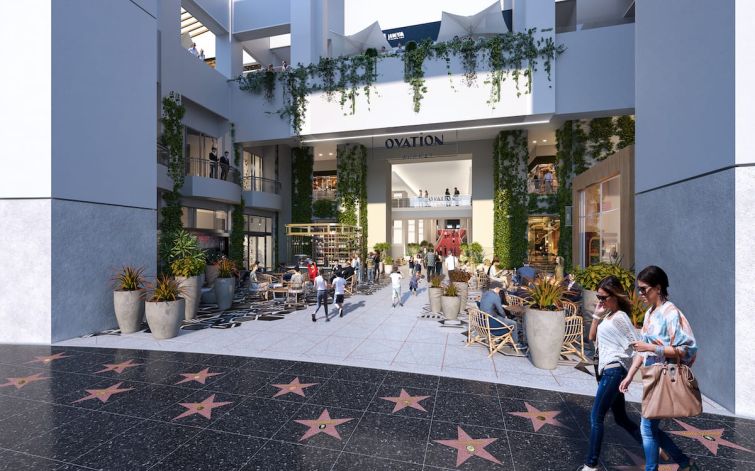 The famed Hollywood & Highland shopping center and tourist hub in the heart of Tinseltown is set for a watershed transformation and reimagining.

The project is set to begin later this year, and expected to finish in the second half of 2021. Gensler is designing the updates.

The iconic space at 6801 Hollywood Boulevard is located at the intersection with Highland Avenue, which is the most heavily trafficked intersection in L.A. The complex saw more than 25 million visitors per year before coronavirus. It’s located along the Hollywood Walk of Fame, and adjacent to the TCL Chinese Theatre, the Dolby Theater, El Capitan Theatre, and additional historic attractions. The property is also located along multiple bus routes and sits above a Metro Red Line subway station.

Stenn Parton, chief retail officer at DJM Capital, told Commercial Observer that the current coronavirus pandemic wasn’t cause for hesitation. While many people are running from retail, they “chose to run to it.”

“I think we’ve seen that the direction that the retail sector is going, that there’s likely going to be less retail in the U.S. over the next five to seven years, and COVID has expedited that significantly,” he said. “It probably pushed us more to realize that our business plan that we had a year ago is the right business plan, and it pushed us if anything to move faster […] I think the timing is right. I think that if you’re not evolving your retail project, you’re probably going to be just trying to figure out how to survive.”

He said his company noticed inherent challenges with the massive retail center when they first visited because of its verticality.

“In particular, with a domestic retail project like this, traditionally, people don’t like to go above the second level in the U.S.,” he explained. “As we saw that and where the office market was going within Hollywood — which has the strongest office market in the City of L.A., only behind Century City — we felt like it was a very clear path to take what was a pure retail asset and convert into a transit-oriented, mixed-use project with the ability to convert 30 to 50 percent of the [gross leasable area] on the top two levels into office.”

That’s why developer DJM, which specializes in troubled assets, wanted to partner with Gaw Capital USA, the L.A.-based subsidiary of Gaw Capital Partners in Hong Kong, which has converted properties around the world.

“That formula of taking a pure retail or a multilevel mall that’s on transit, and converting to mixed-use — it’s something that’s very common in Asia and it’s something that Gaw has done multiple times in some of their holdings,” Parton said. “The asset, while it has its challenges, lent itself really well to the conversion and business plan that we put together.”

Parton said the “complete reimagining” includes rebranding, new signage and way-finding, and what will be one of the largest public art installations in L.A. The owners hope to attract global brands that will see Ovation as a stage to show off the future of their companies and products.

Gaw Capital USA and San Jose-based DJM acquired the property one year ago from CIM Group for about $320 million.