Foreign capital providers have a renewed appetite for U.S. real estate, but COVID-19’s offering of limited good opportunities is changing the way they compete 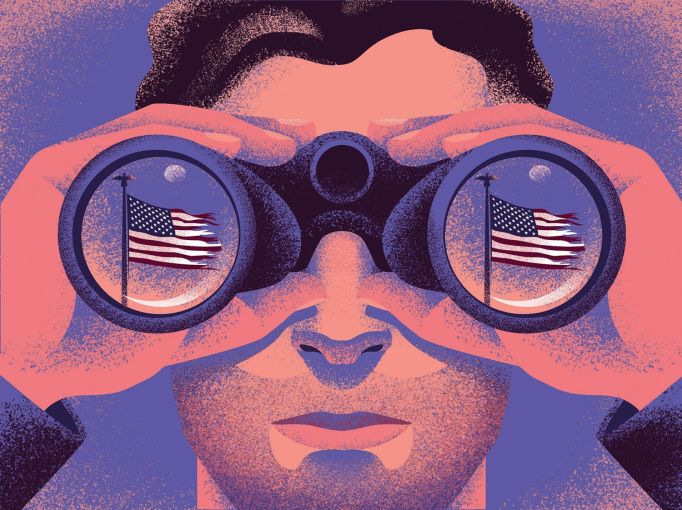 International investors are reaching out to test the waters in U.S. commercial real estate — and aggressively bid on certain deals — after this unprecedented pandemic sent many into hiding for months domestically and abroad.

The only problem is the market hasn’t yet decided to fully embrace their inclusion, given obstacles that still exist for them in a COVID-19-stricken world. (Even as, ironically, some of their home countries have already mostly bested the virus in comparison to the U.S.)

Cushman & Wakefield Executive Managing Director Janice Stanton, who runs the gamut advising a variety of international investors from Asia to the Middle East and Europe, said that institutional players have developed a renewed sense of urgency to make moves back into U.S. markets.

“The way I characterize it is we’re seeing green shoots of activity,” Stanton said, alluding to activity akin to a recovery. She pointed to the current landscape of low interest rates and currency hedging costs against the U.S. dollar and lower asset valuations as the main reasons why these investors have kick-started a campaign to begin underwriting and bidding aggressively — but selectively.

“People are still saying, ‘OK, I can still get U.S. commercial real estate at a 4 to 5 cap rate, I’ll do that.’ That relative value spread still looks attractive. But, investors everywhere are mostly on the sidelines. If you have to place capital, you’re thinking the U.S. is still [very] attractive,” said Melissa Reagen, the head of research for the Americas for global investor Nuveen Real Estate.

Institutional players have historically been tied to core office products in gateway markets, and that’s one area where they’ve remained, despite the uncertain outlook in the sector.

Stanton said for core office products, some investors who were underallocated in their portfolios are saying, “maybe this is our opportunity to get invested where it was hard before,” although there’s still a pickiness there, she said. “For core stuff, the Korean investors like to see credit tenants and a longer-weighted average lease term, because no one knows what the recovery will look like; [they’re thinking], if we can get something buttoned up for the next couple years, we have time to figure that out.”

She also added that “others are looking for straight distress, so we’ve seen bottom fishing. There’s a little bit of a bid ask spread there, because the market isn’t at that point.”

“When capital thinks of safety, there’s a flight to quality, so they focus on the U.S. as one of the markets in which they want to invest,” said Tom Traynor, a vice chairman in CBRE’s debt and structured finance group. “The focus is on core products, not so much value-add or core- plus, in familiar gateway markets with institutional sponsorship.”

Away from that, in the first half of this year, investors have pivoted to focus more on multifamily as well as industrial properties in a move to seek more COVID-19 insulation in assets where many of these investors historically have never really sustained a significant mark. Stanton said they’ve also made moves into data centers, life sciences and medical offices.

Traynor said “property type is a big factor — they’re [looking at] multifamily, industrial and logistics, data centers, life sciences and biotech, and office — more selectively,” he said. “Single- tenant stuff is big with a lot of foreign guys, too, especially if you have an e-commerce company like Amazon or a tech company like Apple or Microsoft. These become easy sells for these guy, who are willing to put money to work at attractive cap rates because they feel protected.”

And outside of typical indicators and drivers like job and population growth, sources who spoke to CO said more granular data can be utilized to get a better picture of activity in a COVID-19 world. Regularly updated, real-time physical occupancy data tracked by large firms with property management arms — like Stanton’s C&W — credit card usage, open table reservations and foot- traffic data provide a closer look at how residents within some of the U.S.’s most attractive primary and secondary markets are responding.

Still, to keep from developing a histrionic narrative, general activity from foreign investors has, of course, plummeted this year, after a down year in 2019 that followed a record-breaking year for them in 2018, when they were involved in around $88 billion in new-deal activity driven by groups out of China.

Gobs of cash — both foreign and domestic (to the tune of around $200 billion for North American-focused equity vehicles, according to Newmark Knight Frank’s second-quarter U.S. capital markets report) — is sitting on the sidelines. Plenty of opportunities have bloomed from the ashes of this crisis, but can they win them?

One advisory source who spoke to Commercial Observer anonymously to avoid any conflicts said that they recently saw two outright acquisition opportunities where international investors made the highest bids — one on a Class A multifamily property and another on a prime trophy office in a gateway market — but lost out on being awarded the investment because the seller didn’t like the terms and didn’t want to have to deal with any additional obstacles that would come with that type of investor in today’s environment.

After all, COVID-19 has changed how we do business.

“We’re in a world now where if you’re in a foreign market, you may not be able to travel or get on a plane and come to the U.S. and look at a new market,” Traynor said.

Travel issues, together with the additional time it would take to run a deal to an investment committee — sometimes a month — really stick out in today’s market, even if these foreign investors come in with high bids.

“[There’s] money coming in from outside wanting committee meetings a month [out],” which works against them in a market that’s working under accelerated timelines in some cases, Stanton said. “It’s a combination of price and terms. Even if the price is good, but the terms look like they might fall apart in two weeks, [bids] won’t be accepted.”

These obstacles have become real competitive drivers that can make or break a winning bid, Stanton said. Travel issues have created a do-or-die attitude for some, who’ve moved to showcase an additional sense of motivation and determination. Stanton pointed to one instance where a South Korean institution sent one of their people on a month-long campaign in the U.S., which consisted of two weeks of quarantine and two weeks out, doing necessary inspections of an asset, in order to win a deal.

“Koreans usually syndicate,” she said. “For people without a platform here, it’s been harder, and some Korean regulatory guidelines say you must inspect, so they have to get on a plane; that’s a month of quarantine. You [have to] really want a deal. It sets the bar.”

She added that those with offices in the U.S. are less impacted and have somewhat of a leg up, saying that she spoke to a German investor who said that “if [they] can put someone in a car and drive [within] 12 hours, we’re good.” Some, of course, have joint venture partners they can delegate to or rely on to handle property inspections and other hurdles in the U.S. “Some have made that concession,” Stanton said.

Still, investment interest can be swayed easily by economic and geopolitical factors — uncertainty and volatility have become commonplace in the U.S. — and the faucet could easily be turned off, sending foreign capital into the periphery.

“It’s true everywhere, but if anything makes people nervous, they’ll close the spigot,” Stanton said. “They [might] say, ‘The investment committee is not meeting this month,’ due to too much volatility. It gives them the ability to mandate a pause. The U.S. is definitely attractive, but people are cautiously optimistic.”

On the smaller end of the spectrum, for investment managers representing high net worth individuals, family offices and smaller institutions out of Asia Pacific or the Middle East, appetites are just as insatiable, although a little more unique, such as for student housing.

Over the last several weeks, private equity real estate firm EastAlliance Partners — which has offices in New York and Shanghai — has been fielding a number of phone calls from investors in Asia Pacific, specifically small to midsize South Korean institutions, asking about opportunities in U.S. commercial real estate.

The firm’s CEO, Andy Zhong, humbly said that his 1-year-old company, which fundraises from high net worth individuals, family offices and smaller institutions out of Asia, should probably not be fielding those phone calls after having only being in operation for a year, most of which has been during an unprecedented pandemic.

Zhong said it’s a sign of the eagerness of even smaller foreign investors to deploy capital into U.S. commercial real estate, which, despite COVID-19 and the economic uncertainty it’s creating, remains a very strong value play, adding that many of these investors are mostly motivated by returns. “They can take more risk for returns,” he said.

“Until COVID hit, family offices — large family offices — really only looked at offices,” Franklin said. “They’d say, ‘Just show us office.’ There will be a pushback now in the office market, a pause in office investments in major markets until [many] figure out how it plays out.” He pointed to markets like Denver, Seattle, Porland, Austin, Tampa and Clearwater, Fla., as well as Salt Lake City — where Chinese capital interest has expanded — as growing hotspots for these investors.

Nevertheless, there are a number of unknown factors that could shift sentiment in the coming months, including a second wave of COVID-19 and most notably, November’s presidential election, the result of which some sources said foreign investors thought was already a “foregone conclusion” just two months ago.