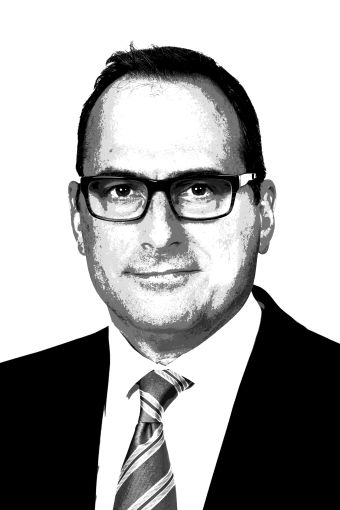 For an analyst like myself, who evaluates dozens of metropolitan areas and commercial real estate markets across the U.S. daily, the outlook for the Washington, D.C. region remains remarkably bright, despite the warranted pessimism at times during such a tumultuous period. Nevertheless, a scenario even exists for a considerable upside over the next decade, in which the Washington, D.C. metro area uniquely benefits from the potentially long-lasting changes resulting from the COVID-19 crisis.

Admittedly, though, times are tough, and things can look bleak. The region hasn’t experienced a recession like the current one in decades. The intensity of the effect on commercial real estate appears generational. The District just posted a record office vacancy rate, which should veer only higher, as fears of the demise of office demand abound. In the retail sector, it will take years to recover. Hotel occupancy in the region was 19 percent in June – compared to 84 percent occupancy last June.

But the recovery has begun. The region added back some 48,000 jobs in June, Metro ridership has risen, other mobility indicators show a region slowly moving again, and even hotel occupancies are rising. The recent, precipitous downturn, however, has been a reminder why investors from around the world allocate their capital to our region. As of last month, total employment in the Washington, D.C. metro area declined 8 percent over the past year, less than the 8.7 percent drop for the U.S. overall and far less than two of our East Coast counterparts in New York (-15.4 percent) and Boston (-14 percent). It’s this resilience in the local economy that sets D.C. apart from our global gateway peers and gives a healthy nudge to those who have struggled over the last decade with whether to invest in our market as they see recent proof of the value offered in the region.

As we move from the severe downturn into recovery, what will really propel the Washington, D.C. region forward is a variety of potential drivers.

First and foremost is the region’s talent base – arguably the main reason companies stay, expand, or relocate to the region. In the Washington, D.C.-Baltimore region, 46.5 percent of the residents aged 25 and older have a Bachelor’s degree – the highest of any significant region in the United States. In short, the required ingredient to fuel the economy over the next decade – i.e., lots of smart people – rests in few places as well as it does in the D.C. region.

But behind the broader education levels is the growing base of technology talent, reflected in our region’s rise to second place in CBRE’s industry-leading “Scoring Tech Talent” report, ranking only behind the San Francisco Bay Area. The deep, local tech presence, in fact, was the primary reason the Washington, D.C. metro office market was one of only 11 U.S. markets with positive net absorption in the second quarter of 2020.

The COVID-19 crisis has not only underscored our dependence on various segments of the tech industry – many of which have a strong concentration in our region – but also possibly changed the dynamics in our current ‘brain drain” of talent. In 2018, the D.C. metro area graduated the second most tech graduates across U.S. and Canada, but many of these graduates left for other regions. However, as the shift to remote work grows as a result of COVID-19, and as more tech companies expand and relocate to the D.C. region, an ample opportunity exists for D.C. to keep more of its tech graduates in the area.

It’s not just the quality of the local talent, but also the growth of that talent. The population of the larger Washington, D.C.-Baltimore region is set to become the nation’s third-most populous this year, surpassing Chicago, which continues to lose residents. As some say, demographics are destiny. But the COVID-19 crisis has the potential to amplify that growth. It’s likely more companies and people will seek lower tax and more business-friendly locales, like Northern Virginia, in the aftermath of one of the nation’s worst recessions. Taking this one step further, there may also be a shift in preference towards lower-density, multi-nodal, metropolitan areas like ours. If so, the Washington, D.C. region’s relatively more dispersed regional fabric may offer a favorable advantage in a post-COVID world.

And finally, there is the Federal Government. How current events, including a historic recession, exposed vulnerabilities to infectious disease, and social unrest affect the trajectory of “Big Gov” remains to be seen. But if the historic events of 2020 usher in more economic stimulus in the near-term, followed by potentially new or expanded agencies to address these historic issues at the fore, a resurgence of activity may come to our region.

There is little to celebrate about the current crisis in 2020, but keeping an eye on the bigger picture and understanding how much of the “right stuff” drives the Washington, D.C. region can help us navigate the current malaise.

Ian Anderson is a senior director of research at CBRE.