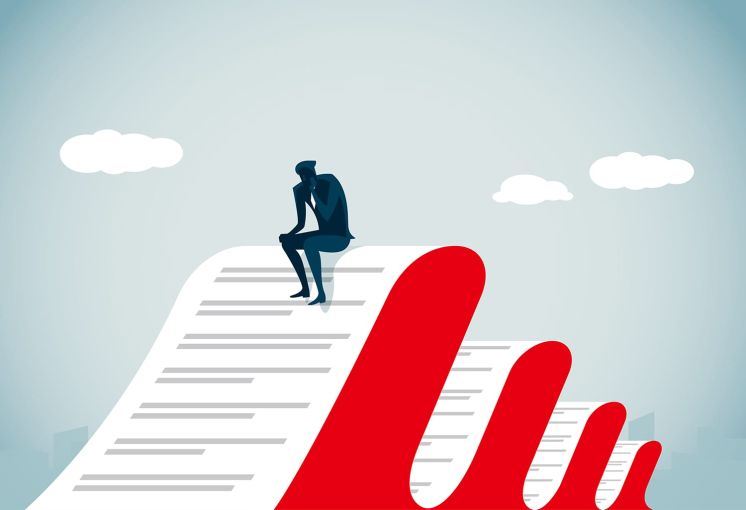 You wouldn’t want to say that being a real estate lawyer during the COVID-19 pandemic is fun, exactly, but, well, it’s certainly not boring.

You’ve got a deadly virus shutting down businesses across the country; stores and restaurants that local governments won’t allow to open; tenants who can’t make their rent; owners who can’t pay their mortgages; banks and bondholders who can’t figure out what their best play might be …

“This is when real estate becomes really exciting,” said Kramer Levin partner Jay Neveloff. “For a lawyer who knows how to do workouts, it truly is fascinating.”

Of course, he noted (with a wry chuckle), “it sucks for the people who are losing money.”

And that is exactly the question. Who are the people who are going to lose money?

The commercial real estate scene is a bit like one of those food chains you learned about in elementary school, where each animal depends on the others beneath it to survive. If anything happens to any one link, the whole business gets thrown out of whack.

At the bottom of this chain you have tenants who — either due to government regulations or lack of customers  — have been forced to shut down. No business means no money, which means no way to pay rent, and a number of tenants have claimed that, in fact, they shouldn’t have to pay rent because their properties aren’t able to serve the purposes for which they rented them. Of course, if they don’t pay rent, the next link in the chain—the landlords—don’t eat, and if the landlords don’t eat then there’s the worry that their lenders and bondholders will go hungry, too.

Granted, tenants and landlords and lenders go bust all the time. It’s part of the normal cycle of life. What’s not normal, though, is to have everyone on the brink altogether at once; and not due to bad investment bets or overleveraging or a shift in the market, but rather because of a sudden, (hopefully) once-in-a-lifetime external event, a worldwide infectious disease outbreak.

“One of my clients, a hotel owner, said to me, one day all his hotels were substantially occupied, and the next day they were all closed,” said Stuart Saft, a partner at Holland & Knight. “We’ve never had that before. The usual recession, there are six to 12 months of the economy getting increasingly difficult … and then the bottom falls out of the market.”

“In this case, there was no ability to prepare,” he said. “Everything closed. The cash flow stopped. It was like a game of musical chairs, and there were very few chairs.”

Perhaps counterintuitively, the suddenness and breadth of the crisis has somewhat limited the carnage thus far. Most everyone is affected, and so no one has any great moves to make. This has led owners and lenders and investors to adopt an attitude of flexibility in hopes that if they can just keep the balls in the air until the virus is vanquished, everyone can come out the other side in relatively decent shape.

“It doesn’t make any sense not to come up with ways of working through the problem, because there’s no other way to deal with it,” Saft said. “It’s not like if the lender takes over the project there’s going to be a better result. The last thing in the world lenders want is REO, and so it’s in their best interest to get this worked out, particularly in light of everything that is going on around us.”

Some lenders—particularly those holding mezzanine debt with greater ability to take control of properties in default—might feel differently, but these lenders, Saft noted, must contend with the fact that Uniform Commercial Code foreclosure auctions might not go forward under current conditions, owing to the fact that such sales are required to be “commercially reasonable.”

Some courts, Saft said, have determined that UCC sales were not commercially reasonable during the pandemic due to a lack of potential buyers.

Neveloff cited the example of the Mark Hotel, where, in June, a New York County Supreme Court issued a preliminary injunction stopping a UCC foreclosure auction initiated by mezzanine lender OREI VI Investments due to the fact that the sale was not commercially reasonable.

“For some reason … they rushed to do a sale in the middle of a pandemic,” Neveloff said. “You can’t do something commercially reasonable when everybody is afraid for their lives.”

He noted that conditions have since improved to the point where UCC sales are more feasible.

“Could you do something commercially reasonable now?” he said. “I would say yes, because I get many calls a day from clients, friends, acquaintances, saying, ‘I’ve got money, send me deals’.”

Circumstance, then, have dictated that tenants and owners, borrowers and lenders, try to work through the crisis together.

“The agreements in vogue these days are forbearance agreements, where the lender or landlord is saying—OK, even though you’re not in full compliance, put a little money in, carry the cost, pay the electricity, keep a minimal staff, maintain the property, and let’s see where this goes—while not waiving their rights,” Neveloff said.

Michael Lefkowitz, managing member of Rosenberg & Estis, likewise said that forbearance agreements have been the most common approach to dealing with the crisis thus far. He suggested, though, that sentiments could be shifting as the virus continues to spread with no clear end in sight.

“The [forbearance] asks started in late March, so you had April, May, June, July, let’s even say, and now some properties aren’t necessarily in any kind of a better shape in terms of who’s paying rent and who’s not paying rent,” he said. “And now, lenders, I don’t want to say that they have been less cooperative, but they are certainly asking more questions, and they are certainly asking that sponsors put some additional skin in the game, add some additional equity.”

“The kind of friendly, oh yeah, don’t worry, we’re going to work with you, we’ll get this done quickly—that has changed a bit and there is more posturing and taking a protective attitude,” he said.

Saft said that he likewise believed lenders will become more aggressive if the environment hasn’t improved by the fall.

Then there is the more exotic (legally speaking, anyway) question of whether, as some restaurants and retailers have argued, tenants should be exempted from paying rent due to their inability to operate their businesses.

Neveloff said that in his opinion “that’s a heavy lift,” noting that all manner of legal theories have been advanced to argue the tenants’ cases.

“There was a case [raised] literally from hundreds of years ago, where you had a parade for royalty, and someone had rented a window to view the parade and then the route got changed—all sorts of weird theories,” he said. “But I think that most of the courts are going to be hard-pressed to nullify [lease] agreements.”

Jonathan Mechanic, partner at Fried Frank, said that most such cases were still being litigated, but that tenants had notched victories in a few instances. In June, for example, the United States Bankruptcy Court for the Northern District of Illinois issued a preliminary finding that Chicago restaurant Giglio’s State Street Tavern only had to pay 25 percent of its lease after being forced by a state executive order to operate as a takeout-only establishment. The court ruled that the order qualified as a force majeure event under the restaurant’s lease.

The legal basis for the decision was shaky, Mechanic said, noting that he didn’t believe it was indicative of how such disputes would play out more broadly.

“I think that’s a judge deciding that he or she would exercise conditional discretion and interpret the lease in a way that they felt was fair but didn’t necessarily have anything to do with what the people wrote,” he said.

Saft noted that in New York State, at least, force majeure clauses typically must specify the incident leading to invocation of the clause to be enforceable.

“You would be in a situation where the clause would have to say that you couldn’t perform because of a coronavirus pandemic, maybe just pandemic alone would be enough,” he said.

He added, however, that New Jersey had introduced legislation that would require enforcement of generally written force majeure provisions, and that he expected New York to follow suit.

Are tenants likely to insist on protections against pandemics in leases going forward?

“I think people would like to,” Mechanic said. The challenge, though, is that owners can’t currently insure against a loss of rent due to a pandemic.

“From the landlord’s perspective, that’s very hard, because when they go to finance that lease, the lender says, what happens if there’s a pandemic and this guy stops paying his rent and you still owe me debt service?” he said.

He suggested as one model for how this might be handled going forward the Terrorism Risk Insurance Act, which provides government reinsurance for private insurance policies covering losses due to terrorism.

“It’s a serious issue with leases going forward and how that is going to be resolved,” he said. “Both the landlord and the tenant have legitimate bases for what they are asking for, but there’s no easy solution.”

For lawyers, as Neveloff noted, that makes for interesting times.