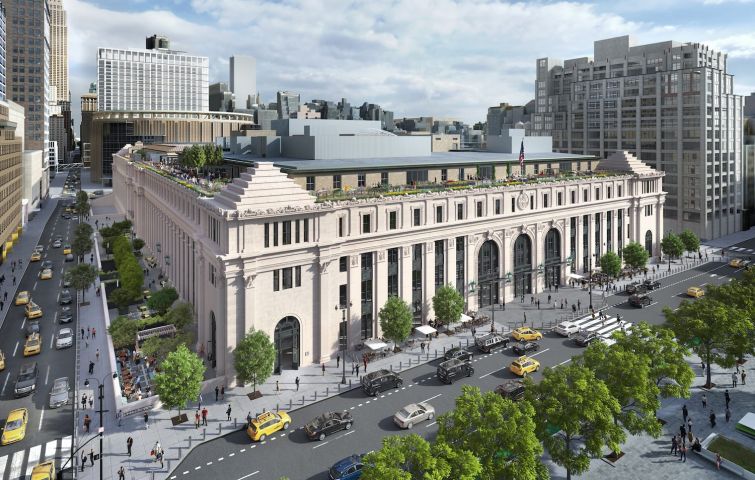 After nearly a year of rumors, Facebook has changed its status to “In a Relationship” with Vornado Realty Trust at the Farley Post Office.

A Vornado spokesperson did not immediately respond to a request for comment about the terms of the deal. It’s unclear who the brokers on the deal were.

“We are delighted to welcome Facebook to The Farley Building, a property like no other in New York City,” Steven Roth, the chairman and CEO of Vornado, said in a statement. “Facebook’s commitment is a further testament to New York City’s extraordinary talent and reinforces New York’s position as the nation’s second tech hub.”

Vornado’s nearly $1.03 billion redevelopment of the nearly 100-year-old Farley Building calls for adding 120,000-square-feet of retail along with the office space. It will also include the Moynihan Train Hall as part of the state-backed project to expand Penn Station which is across the street.

The redevelopment — which Related Companies is a five-percent partner in — is expected to open in phases starting at the end of 2020, according to Vornado.

Facebook has been in talks to take the office portion of the property since last summer and beat out Apple for the space, as Commercial Observer previously reported.

Despite the coronavirus pandemic and Facebook CEO Mark Zuckerberg’s announcement that up to half of its staff would work remotely in the future, the talks never broke down and the deal was originally slated to close on Memorial Day, as CO reported.

“Facebook first joined New York’s vibrant business and tech community in 2007,” Robert Cookson, the vice president of real estate for Facebook, said in a statement. “Since that time, we’ve continuously grown and expanded our presence throughout the city. The Farley Building will further anchor our New York footprint and create a dedicated hub for our tech and engineering teams.”

The Farley space will be the second massive office that Facebook will have in the area. In November, Facebook signed a lease for more than 1.5 million square feet across three buildings in the nearby Hudson Yards.

It’s also reportedly in talks to take over Neiman Marcus’ 188,000-square-foot retail space in Hudson Yards to convert into office use, which Neiman Marcus said last month it would ditch as part of the department store’s bankruptcy proceedings.