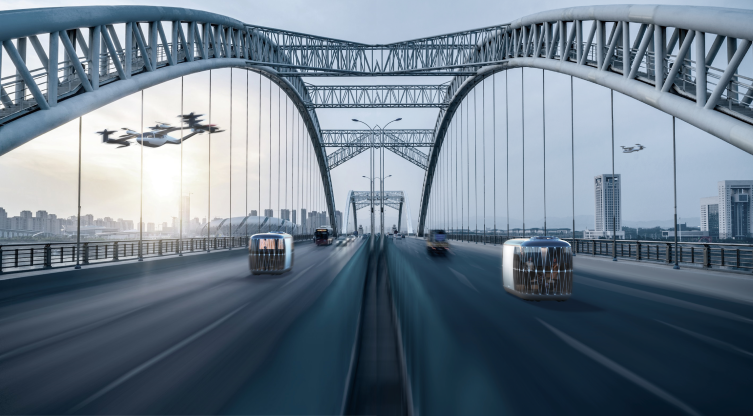 In the early 2000s, luxury housing leveled up in New York City.

Legendary names like Zeckendorf, Ross and Barnett took in Manhattan’s housing landscape and decided that there were great fortunes to be made high up in the clouds. They would develop the plushest, tallest of condominiums and they would charge premiums that no one had ever dared to dream of before.

As anyone acquainted with real estate knows, the product of this — the 15 Central Park Wests, the Time Warner Centers and the One57s — were wild successes. They attracted baseball stars, and television executives and captains of industry who shelled out tens of millions of dollars for the privilege of owning a roomy piece of New York real estate near the park.

There were also more than a few Russian oligarchs in the mix.

With a crackdown promised on friends and associates of Vladimir Putin, what will this portend for all this fancy real estate?

Some, like U.S. Rep. Don Young, advocate seizing these assets. And there has been talk of various other ways to hit back against friends of the Russian regime for its invasion of Ukraine. But one suspects that this will be an ongoing story that will leave a mark on New York’s luxe scene given the number of people and amount of real estate involved. This week the New York Post published a handy list of the biggest, baddest names in the Russian elite who have parked their money in condos and townhouses — The Real Deal likewise looked at the question nationally and found quite a lot of dubious names in South Florida.

Did you know that Miami has become the most expensive housing market in the country? (Damn oligarchs inflating the markets for everybody else!)

It’s currently more expensive than New York or San Francisco, with more than half of its residents spending more than 30 percent of their income on housing and the prospect of home ownership out of reach for 90 percent of the working population.

“When 92 percent of residents can’t afford [a home], it just becomes really difficult to even think of what would be required, short of some massive effort that would begin producing at a meaningful level,” Edward Murray, associate director of Florida International University’s Metropolitan Center, told Commercial Observer. “We’re talking thousands of units per year.” Some developers, like the pandemic-formed Skylight, see the opportunity and have already begun projects. And even New York vets like the Sapir Organization are ridding themselves of their New York properties (they put 260 and 261 Madison on the market this week) purportedly to focus on Florida.

Perhaps there’s some unneeded office space that could be turned into housing? Ryder Systems, the logistics company, for one, has decided that it doesn’t need its corporate headquarters any more, given how much work from home has affected the company culture, and has decided to sell the 16.8-acre campus that it paid $42 million for back in 2014.

Well, that campus should probably still go to an office tenant. It’s not as though office isn’t in demand by other companies. Kayesa, the cloud-based information technology company, nearly tripled its footprint at 777 Brickell. The medical device company Neocis took 38,000 square feet at 545wyn in Wynwood. And Unique Vacations, the travel company, just took 53,119 square feet at 5505 Waterford near the Miami airport. (If they need to get to and from that airport, they could always catch an air taxi — which sounds tantalizingly close to fruition.)

Jump in, the water’s fine!

The question of return to work remains vexing for a lot of companies; there are a lot of dueling Ryder-versus-Unique Vacation perspectives on the need and use of office. (Pro tip: check the Kastle Back-to-Work Barometer.)

Last week it was reported that Salesforce is moving ahead with its planned four towers — one 60-story building in Chicago, and another three internationally.

This is a somewhat significant development; the company had told workers more than a year ago that they would be allowed to work remotely on a permanent basis. But, the Chicago Tribune reported, some would, in fact, be asked to start coming into the office.

And there’s a notable amount of optimism in the real estate community in New York with some good reason.

In The Durst Organization portfolio, for example, the office occupancy rate had plunged to about 10 percent in January due to the omicron variant, but is now just above 40 percent. (Durst had another reason to be happy this week: It signed American Equity Investment Life Insurance Company and Robert W. Baird & Co. to a pair of deals for 17,246 square feet each at 1155 Avenue of the Americas.)

“Just the idea of easing the mandates is bringing people back to work,” said JLL’s Caroline Gadaleta. “I’d say, generally, people have been very obedient when it comes to these mandates. They want to do the right thing … But now that [the rules are] easing, I think that, combined with the fatigue and the desire to move on from COVID-19, it’s creating a momentum both for companies and for individuals.”

However, it’s also worth noting that optimism aside, Manhattan’s share of available office space is still at a record high of 17.4 percent, according to a new report from Colliers.

Thankfully, there were leases last week. Lots of ‘em.

There was another lease that broke the 70,000-square-foot mark: Progyny, a company that provides fertility benefits and insurance, is taking 70,573 square feet at ESRT’s 1359 Broadway.

The multifamily sector is fairly robust; last week A&E Real Estate picked up the massive Cunningham Heights, a residential portfolio of 22 three-story buildings consisting of some 1,056 units of housing in Queens Village, for $130 million from Benjamin Companies. And Kurt Goodrich (who was the subject of CO’s cover story last week) and Richard Roberts recently closed a $36.5 million deal to purchase and preserve a 13-building affordable housing portfolio comprised of some 1,036 units in Manhattan, Brooklyn and the Bronx with the Community Preservation Corporation (CPC) and The Community Development Trust.

Of course, much could change if New York’s tenant-friendly rent laws are drastically altered. For those who have not been following there has been a challenge to the laws recently and the case is in the Second Circuit Court. While nothing is likely to change in the short term, if the case advances to the U.S. Supreme Court and the conservatives on the bench decide to overturn the applecart, that would mean some very profound consequences for New York’s multifamily stock.

We’re still reeling from the news that broke late last month that Gemdale USA Corporation, which owns the 75,600-square-foot Hollywood office that’s fully leased to Netflix sold the 3.5-acre site at 1350 North Western Avenue to The Georgetown Company for $93 million.

Link Logistics and Western Realco purchased 1375 Magnolia Avenue, a 16.45-acre industrial redevelopment site in Corona from owner McWane, one of the world’s largest manufacturers of iron waterworks and plumbing products, for $61.8 million, according to property records.

And, TCW Group is planning on taking a whopping 140,000 square feet in Downtown L.A. at 515 South Flower Street.