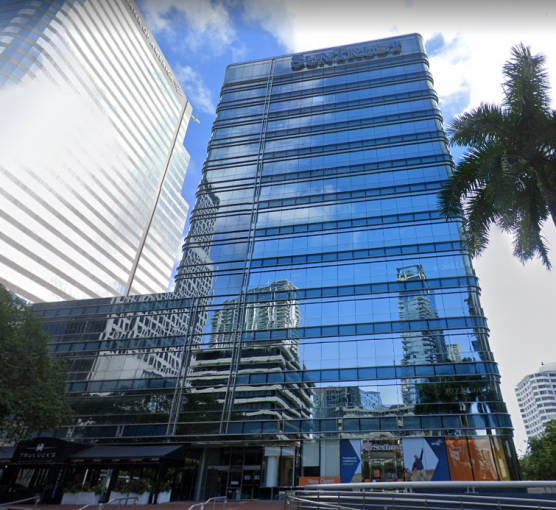 The tech company signed a 64,716-square-foot lease at 777 Brickell in a 10-year deal, and will take over the second, third and fourth floors in anticipation of hiring up to 500 employees this year.

“As a global company with our U.S. headquarters in Miami, we are committed to growing local tech talent,” Fred Voccola, CEO of Kaseya, said in a statement. “This beautiful, new cutting-edge space will accommodate our expanding workforce and solidify our presence in the Brickell District.”

The IT firm plans to keep its current base at 701 Brickell, a neighboring building where it’s leasing “a little over 35,000 square feet,” said CBRE’s Kevin Gonzalez, who represented the landlord, Alliance Real Estate Group, along with Jake Freeman and Maggie Kurtz.

The new lease brings Kaseya’s total office footprint in Miami to nearly 100,000 square feet. Tony Jones of Cushman & Wakefield, who represented the tenant, did not immediately respond to a request for comment.

The building at 777 Brickell, located adjacent to Brickell Key Drive, spans 288,485 square feet. The 13-story building is now 93 percent leased, up from 63 percent only six months ago, according to Gonzalez. New tenants include McDowell Properties, which took approximately 8,000 square feet; Sunshine State Law, which settled into 3,500 square feet, and Douglas Elliman which leased  2,000 square feet. Asking rent stands at $60 a foot.