Russian Oligarchs’ Real Estate Could Be Affected by Sanctions

Land, yachts, planes, luxury condos — it’s all on the table as the West turns the financial screws on Putin’s inner circle 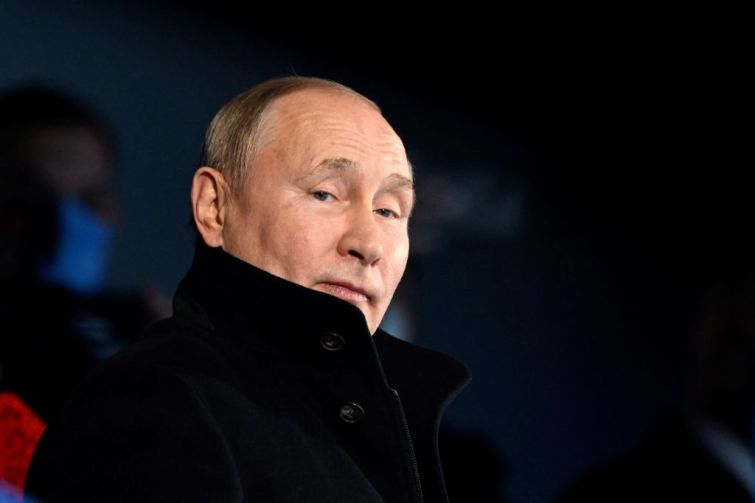 As Russia intensifies its war on Ukraine, governments are taking the fight to Russian President Vladimir Putin’s circle of personal allies, with plans to freeze or seize their assets, including bank accounts, yachts and luxury real estate.

The idea is both to pressure the oligarchs that financially support Putin, as well as cut Putin off from reserves as the financial stranglehold on the country deepens.

The United States and many European countries have added Russian billionaires to a targeted sanctions list. Even neutral Switzerland and Monaco, both known as safe havens for the global elite’s money, have agreed to freeze Russian assets.

The U.S. said it would go directly after assets belonging to Putin’s inner ring. “This coming week, we will launch a multilateral Transatlantic task force to identify, hunt down and freeze the assets of sanctioned Russian companies and oligarchs — their yachts, their mansions and any other ill-gotten gains that we can find and freeze under the law,” the White House tweeted this past Saturday, while announcing its broader economic sanctions against the Russian financial system.

The U.S. Department of the Treasury, which keeps a list of sanctioned individuals and companies through its Office of Foreign Assets Control, has been updating it regularly since last week, adding at least 10 Russians with deep ties to Putin.

Some politicians here and in Europe have called for outright seizure. Representative Don Young, a Republican from Alaska, proposed a bill Monday that would allow the seizure of yachts owned by targeted Russian oligarchs. “Wealthy Russian oligarchs shouldn’t live lavish lifestyles while Putin terrorizes innocent Ukrainians,” he tweeted.

CNBC later reported that yachts belonging to Russian oligarchs were on the move, some to ports without extradition to the U.S. or other countries that have agreed to freeze Russian assets.

Nevertheless, even tracking ownership of assets is a lengthy process, and while the U.S. can freeze assets of sanctioned individuals, it can’t seize them unless the assets are tied to criminal activity or can be shown to have been purchased with ill-gotten gains, which can take a while, according to several experts.

Still, Manhattan Borough President Mark Levine has called for the government to move forward with a targeted sanctions list, and to seize property.

“For years, decades really, Manhattan has been one of the favorite safe harbors of Russian oligarchs who have in particular used high-end ultra-luxury real estate to park their money,” he said on WNYC Tuesday. “We need to stand up now and do our part to fight back against this immoral war against the Ukrainian people, and that means seizing those assets to put pressure on the Putin regime.”

Indeed, Manhattan real estate has long been regarded as a deposit box for foreign money, from both legal and illegal buyers, Russian oligarchs among them. Manhattan and Miami-Dade were the first two counties to be targeted in the country’s crackdown on dirty money in real estate several years ago. In 2016, the Treasury’s Financial Crimes Enforcement Network (FinCEN)  issued its first geographic targeting order (GTO) for those two counties, requiring transparency on all-cash real estate transactions above a certain threshold.

FinCEN has since extended the order to 20 countries in total and lowered the threshold to $300,000 for all of them, though it continues to exclude trusts. The targeted counties now include the five boroughs of Manhattan, Palm Beach and Broward counties in South Florida in addition to Miami-Dade, as well as counties in California, Texas and Illinois. For any deal that meets the criteria, title insurance companies must report the beneficial owner behind the legal entity that made the purchase.

Emboldened with data from the GTOs, Congress passed the Corporate Transparency Act in 2021, requiring all companies to disclose the beneficial owner behind business entities. FinCEN is still working out the final implementation of the rules, but it’s set to significantly change the current framework.

Though illicit real estate trades are not limited to Russia and Russians, thanks to a certain man by the name of Donald Trump, there has been more scrutiny in the press of Russian money in those two markets.

Condominium units in Manhattan’s Trump Tower were known to have been popular among Russians, and have been home to a fair share of arms dealers, mob bosses and a run-of-the-mill billionaire with regular money laundering needs. The Washington Post reported that at least 13 people with known or alleged links to the Russian mob, owned, lived in or operated out of Trump’s properties.

In 2017, Reuters reported that buyers with Russian passports had purchased at least $98.4 million worth of real estate in Trump-branded buildings in South Florida. However, a third of the units were purchased through untraceable LLCs, so the total was certainly more.

The spotlight on Trump served to highlight the wider problem in regard to laundering money through real estate, likely helping to lead to more scrutiny on the issue.

Whether governments go after individual assets, it has certainly stirred the imaginations of the public, with social media users keeping an eye on Russian oligarchs’ yachts, private planes and real estate. When a Ukrainian man sabotaged the 157-foot-long Lady Anastasia, owned by his boss, Russian businessman Alexander Mikheev, off the coast of Mallorca, Spain, many on social media cheered.