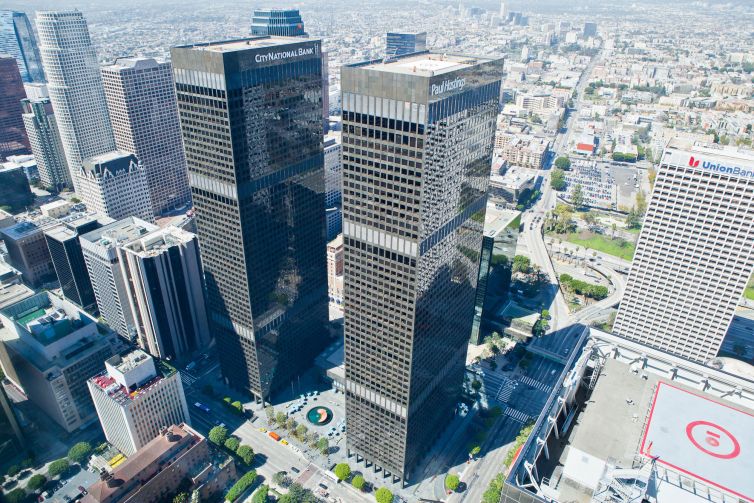 TCW is planning to take space in the two towers at 515 South Flower. photo: CommonWealth Partners

Asset management firm TCW Group is expected to leave its headquarters at the TCW Tower when its lease ends in 2024 and move to City National Plaza in Downtown Los Angeles, sources told Commercial Observer.

TCW is planning to take about 140,000 square feet at one of the two towers at 515 South Flower, which is owned by a joint venture between the California Public Employees’ Retirement System (CalPERS) and CommonWealth Pacific Capital (CWP Capital). That’s about 40,000 square feet — or 22 percent — smaller than its current digs, one source said.

TCW declined to comment. The owners of City National Plaza did not return requests for comment. The joint venture paid $858 million, or around $330 per square foot, to acquire the property in the fall of 2013. It’s currently backed by $550 million from Morgan Stanley.

City National Plaza was completed in 1972 as the headquarters for Atlantic Richfield Corporation. It consists of two 52-story, 700-foot office towers 700  with 2.3 million square feet of office space and 244,432 square feet of retail space.