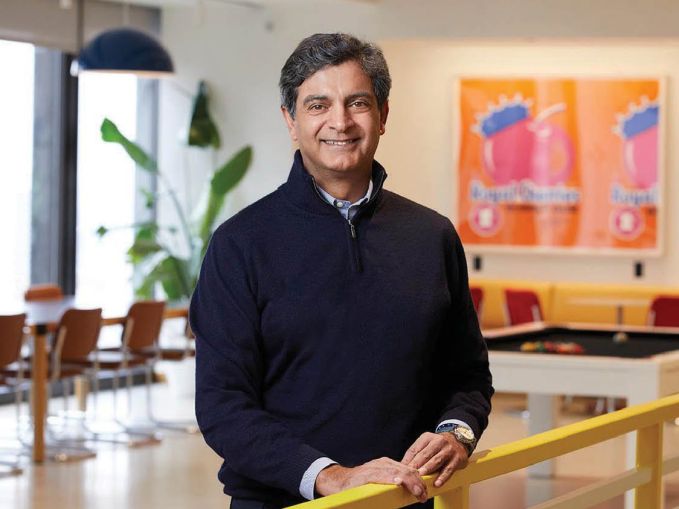 It seems not a week goes by without another major company announcing a plan for returning to the office.

This time, it was Blackstone Group saying it wants fully vaccinated workers to return to the office full time on June 7, and JPMorgan Chase telling U.K.-based staff to come back after June 21.

While that’s welcome news to those who fretted about the death of the office as we know it, some CEOs have handled the push toward in-person work less than gracefully.

WeWork CEO Sandeep Mathrani faced a battering online after he told The Wall Street Journal that the “least engaged” workers are the ones who don’t want to return to the office.

“Those who are uberly engaged with the company want to go to the office two-thirds of the time, at least,” Mathrani said, according to WSJ. “Those who are least engaged are very comfortable working from home.”

The comments didn’t go over so well among the notoriously critical Twitter crowd.

But Mathrani wasn’t the only one diagnosed with return-to-work foot-in-mouth disease recently. Cathy Merrill, CEO of D.C. magazine, the Washingtonian, caused her staff to revolt after penning an op-ed in The Washington Post many saw as threatening to demote staff to “contractor” status if they chose not to return to the office.

Merrill later walked back her comments, but the damage was done and the Washingtonian halted publishing for a day in protest.

“We’re just a little baffled,” a Washingtonian staff member told Commercial Observer. “In the middle of the pandemic, to have health insurance brought into the conversation for us, I think, was definitely very concerning.”

The expected pent-up demand from travelers making trips over the summer as coronavirus restrictions ease is unlikely to end hotel’s troubles anytime soon.

A slew of hospitality and travel companies earning calls revealed that some fell short of expectations and others posted big losses. Expedia lost $606 million in the first quarter, while Hyatt Hotels Corp. lost $304 million. The post-pandemic leisure travel boom may happen, but business travel isn’t expected to do the same.

Distress in the industry continues to be felt, with Tribeca Associates being forced to give back the Financial District’s Moxy Hotel to lender AllianceBernstein.

The proposed legislation would give listings on those sites a registration number, and require the host to be the lawful occupant of that property, and to be present during any rental period. Kallos said that could be good news for the struggling hotel industry as it will trim the number of Airbnb listings in the city.

And the tourism industry got a bit of good news last week, when “Hamilton,” “The Lion King” and “Wicked” — Broadway’s top blockbusters — announced they will resume performances on Sept. 14.

Macy’s wants to build a new tower on top of its iconic Herald Square flagship, and is sweetening the pot with $235 million for the neighborhood.

The department store proposed a plan to turn Herald Square and Broadway Plaza into a car-free urban space, and add entrances and elevators to nearby subway stations.

Macy’s goodwill for the neighborhood comes as it’s trying to get the city to approve a 700- to 950-foot-tall tower on top of its flagship that will add 1.5 million square feet of office space to the neighborhood.

And Macy’s isn’t the only one pitching sweeping development plans.

RFR Holding’s Aby Rosen is in contract to buy 522 Fifth Avenue’s retail space, after picking up the office portion last fall, so he can convert it to office and offer the entire tower to a single tenant.

Meanwhile, Savanna sealed a deal for $264 million in construction financing to get cracking on its 400,000-square-foot, office-and-retail project at 141 Willoughby Street in Downtown Brooklyn.

Yet, the city is still facing a huge slowdown in the number of new buildings being developed. A report from the Real Estate Board of New York found that the city saw the smallest amount of square footage for new construction in a decade.

The financial services sector looks to be losing its perch as the top driver of office leasing in Manhattan, with tech companies now leading the market in a way never seen before.

Tech, advertising, marketing and information services, or TAMI, accounted for most of Manhattan’s leasing momentum coming out of COVID-19 and many of its biggest deals during the pandemic.

In 2010, TAMI companies occupied 18.5 percent of offices in Manhattan, but grew to 25.1 percent in 2020, according to Cushman & Wakefield. During that same time, financial services and insurance dropped from just shy of 37 percent to 29 percent.

The near-complete pause on sales and leases seems to be firmly in the rearview mirror.

SLR Capital Partners reupped and expanded its offices at 500 Park Avenue, growing its presence to 28,165 square feet in a 12-year lease. Nearby, Wellspring Philanthropic Fund grew at 10 Times Square to 43,000 square feet.

On the retail front, popular third-wave coffee seller (think lighter-roast beans and manual brew methods) Devoción inked a deal for a 1,400-square-foot outpost in Dumbo, Brooklyn. Ghost kitchen Nimbus took 9,512 square feet at 100 Willoughby Street in Downtown Brooklyn, which will have a retail component open to the public.

Speaking of Brooklyn, the borough’s sluggish market got a boost with the news that Brookfield Property Partners is in contract to sell its Downtown Brooklyn office condominium for $130 million.

Enjoy the rest of your Sunday. And, gear up, because Commercial Observer’s annual Power 100 hits this week!

Just remember, before you call to curse us out for getting lowered in our rankings, isn’t it at least an honor to make the list at all?