Rosen plans to offer the entire 612,000-square-foot building to a single tenant. 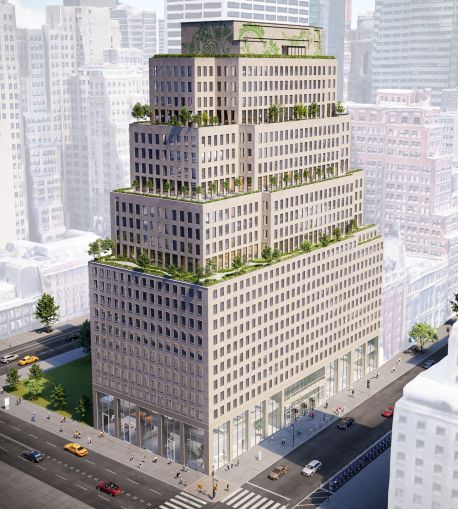 Aby Rosen is in contract to buy the retail portion of 522 Fifth Avenue and offer the entire building to a single tenant. Photo: WILLIAMS NEW YORK 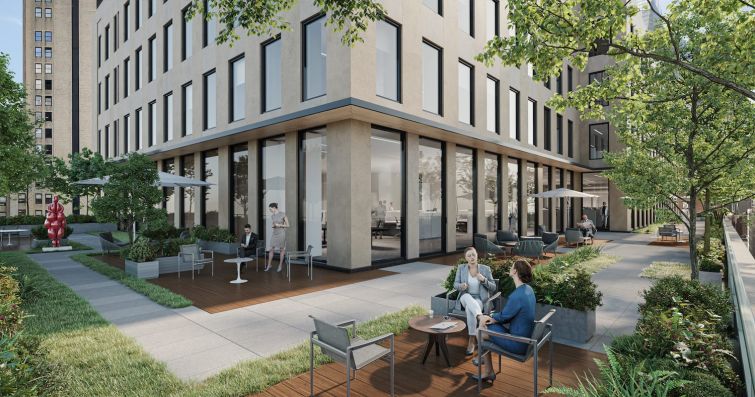 RFR originally bought the building in September, and is in contract to pick up the retail space to offer more space for a tenant. Photo: WILLIAMS NEW YORK 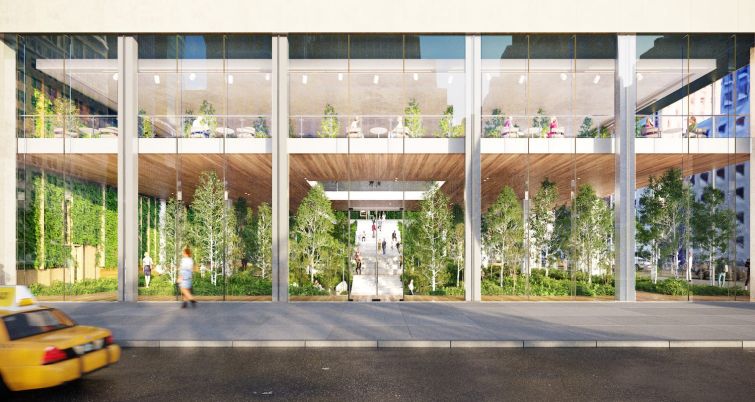 As part of the plans, RFR will convert the ground level retail space of 522 Fifth Avenue into office use. Photo: WILLIAMS NEW YORK 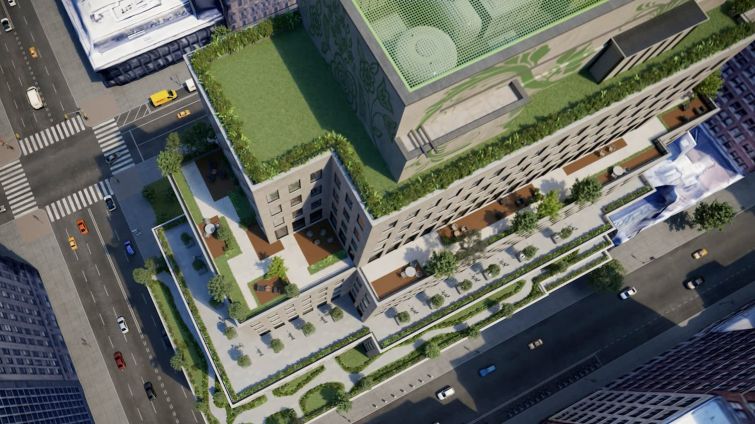 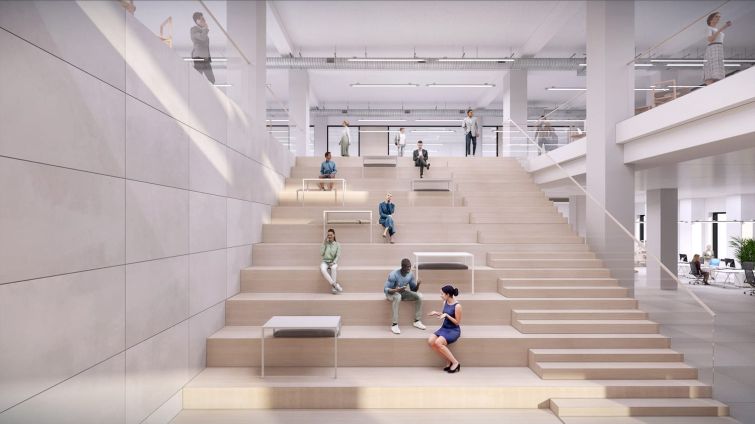 Aby Rosen said the plan was to really work with a tenant to shape the building to its needs. Photo: WILLIAMS NEW YORK 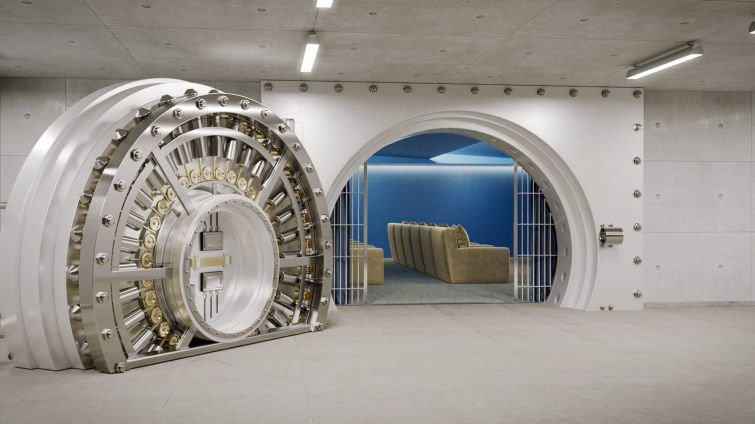 The building also include a vault, which RFR said could be turned into a meeting or screening room. Photo: WILLIAMS NEW YORK
Previous Next

RFR Holding’s Aby Rosen is now in contract to buy 522 Fifth Avenue’s retail space, after picking up the office portion last fall, and will start pitching the soon-to-be-vacant Midtown tower for a single tenant.

Rosen has recently started meeting with major corporations to offer them the prospect of reshaping 522 Fifth into their own 612,000-square-foot headquarters.

“It’s an opportunity to create your own footprint and to work with us to make a build-to-suit headquarters,” Rosen said.

“You need a fresh space to start the new ‘story’ after the pandemic, and all the companies are rewriting their spaces in their own way,” Rosen explained, as firms are trying to lure workers off Zoom and back to their brick-and-mortar offices.

Although Morgan Stanley currently occupies all the office floors of the 23-story building on a master lease that runs until August 2025, Rosen said it could be moving out sooner, having negotiated “flexible timing,” and allowing RFR to do a complete makeover.

The plans include turning three, huge L-shaped setbacks into planted outdoor spaces; creating a new sleek lobby along West 44th Street; and, most important in Rosen’s mind, having the office tenant control the retail storefront by using it as a showcase for its own products, or for restaurants and amenity spaces for its own employees.

Under a contract signed prior to COVID-19, RFR paid Morgan Stanley $350 million for the office floors of 522 Fifth Avenue in a deal that allows the financial firm to remain for a time in its 575,000-square-foot space.

The ground-floor and second-floor retail spaces were spun off by Morgan Stanley and purchased in 2014 by Ashkenazy Acquisition Corporation and German-based Deka Immobilien Investment GmbH, on behalf of Deka Funds Deka-ImmobilienGlobal, for a whopping $165 million. They also bought out the last retail tenant, Camper, for $750,000, bringing the blended price to roughly $6,200 per foot for around 27,000 square feet, which remains vacant to this day.

Last year, industry sources said Ashkenazy left the joint venture that owned 522 Fifth’s retail, leaving it in the hands of Deka. (The venture still owns the New York Marriott East Side.) Rosen is now in contract with Deka for the two floors for roughly half of what Ashkenazy had paid.

“I have never believed in spinning off the retail,” Rosen said, declining to elaborate on the price. “It’s a dis-alignment between the retail and the office, and we wanted to buy it back because retail is changing. And this way, it all becomes an integrated headquarters.”

For instance, Rosen explained, “[The tenant] can have your own presence, and if you own cars, you display your cars. You can control what is in your building and how it looks.”

The retail space has nearly 25-foot-high ceilings and will now encompass roughly 38,000 square feet, with about 15,000 feet on the ground and another 23,000 on the second floor. Rosen envisions a greenery-filled expanse with a mezzanine and large, town hall-like staircase to interconnect the spaces.

“It’s nice to have the capability on the ground floor and have food and creative uses — it becomes an integrated playground with amenities,” he said. “You can create a wonderland of energy and leisure.”

The building’s 20th floor is wrapped with one of the buildings’ three sprawling terraces that RFR envisions as a conference center to be configured with plantings for indoor and outdoor meetings. The 16th floor terrace, for instance, could become a fitness center and amenity floor, while the 12th floor terrace is viewed as a winding trail of greenery. There is also an old bank vault with a big brass door on the lower level that Rosen said could be turned into meeting rooms.

Currently, Rosen is considering a blended rent of $110 to $120 per square foot but, since the building would be transformed as a collaboration with the tenant, he is open to creative transaction structures.

“We are very good thinkers, and have the right visions for the property and what is needed to do for the building in this market,” Rosen said. “We want to make it as seamless and as easily as we can for them to move in.”

While embarking on a redevelopment project in Midtown during a time when the office market has suffered, some extolled confidence in Rosen.

“Aby is the maestro of creativity and art, and he knows how to produce a curated building while setting a standard for future Fifth Avenue deals,” said Adelaide Polsinelli, a vice president at Compass, who has been involved in the sale of three Fifth Avenue buildings this year alone. “Fifth Avenue will always be a world-class destination and it’s the right place to make a statement for your brand, because any tenant that goes there will have global recognition.”

And this isn’t RFR’s first time on this block. The developer assembled the neighboring lots, now a hole in the ground, starting in 1997, when it bought 516 Fifth Avenue for $8.6 million. It later added both 518 Fifth Avenue and 520 Fifth Avenue for nearly $10 million each. RFR sold the site in the early part of the last decade.

It is still a vacant lot after Thor Equities tore everything down in 2012, and various condominium and hotel schemes for it have gone kaput. It eventually changed hands to Ceruzzi Properties and Shanghai Municipal Investment (SIM), but went into limbo after Lou Ceruzzi suddenly passed away in 2017.

In 2019, Rabina Properties swooped in and became the leading development partner with Ceruzzi and SMI. Rabina filed plans in January to build a 70-story residential and office tower designed by Kohn Pedersen Fox.

But, despite Rosen’s efforts, it’s not going to be a full-block redevelopment story.

Rosen and his partner in RFR, Michael Fuchs, met with a Rabina executive recently, who was not interested in teaming up to undertake the development of a brand-new, full blockfront office tower.

“If you guys want to lose money, go ahead,” Rosen told them, also declining to bankroll their deal. While he wished them well, Rosen said this is not the time for such a project at that location.

Rabina did not return a request for comment regarding the meet-up with Rosen and Fuchs.

But in April, when Rosen was asked through Instagram about the possibility of joining forces with Rabina to develop the entire blockfront with a land cost that could add up to more than $600 million, he replied with a giant smiley face.

“I should be buying the land and making a nice green space,” Rosen said last week. “That was one of my thoughts. They are only in it for $200 million. For $100 million, I would turn into a nice garden for the occupants of 522 [Fifth].”