The pitch comes as the department store tries to get its tower plan off the ground. 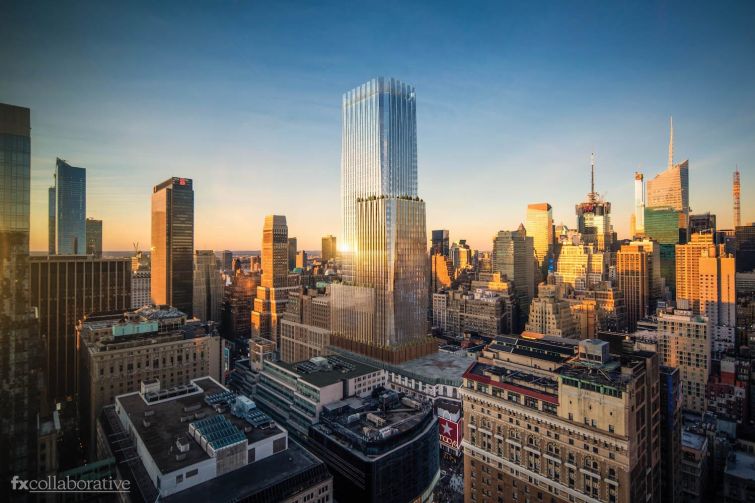 Macy's has been in talks with New York City to build a new office tower above its flagship store. Photo: FXCollaborative

Macy’s proposed a $235 million investment plan in the area around its Herald Square headquarters, as it tries to get approval from the city to build an office tower on top of its iconic store.

The development would turn Herald Square and Broadway Plaza into a car-free urban space, along with adding entrances and elevators to the subway stations at 7th Avenue and 34th Street and 35th Street and Broadway, Bloomberg first reported.

The department store chain has also been in talks with the city to build an 700- to 950-foot-tall tower on top of its Herald Square flagship, the largest department store in the country. The project will add 1.5 million-square-feet of office space to the neighborhood, Bloomberg reported.

Macy’s says the renewal plan will generate $269 million annually in new tax revenues for the city, and $4.29 billion in annual economic output. The store would stay open throughout the development

“Macy’s Herald Square is one of New York City’s most iconic institutions,” Jeff Gennette, CEO of Macy’s, said in a statement. “As we plan for the future, we are doubling down on our commitment to New York by reinvesting in our flagship location while committing $235 million in private investment to upgrade the Herald Square neighborhood through our tower project.”

The department store originally presented the plans for its tower last year, but Macy’s temporarily closed all its locations soon after due to the coronavirus pandemic, according to Bloomberg.

To be approved, Macy’s proposal will have to go through the city’s Uniform Land Use Review Procedure, a process that allows the city council, local leaders and the community board to weigh in on the plan and host public meetings. It can range from months to a years-long review.