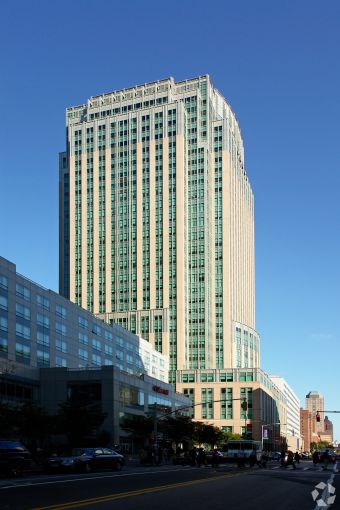 Brookfield Property Partners will sell its office condominium in Downtown Brooklyn for $130 million, one of the largest office deals in the borough since the pandemic hit.

The firm is in contract to sell the 186,088-square-foot condo at 12 MetroTech Center to a joint venture between 60 Guilders and Davidson Kempner, a source with knowledge of the deal confirmed. (The Real Deal first reported the transaction.)

The condo spans the 26th through 30th floor of the 30-story building. It is fully leased and is expected to generate $222.8 million in revenue per year, the source said.

The New York City Administration for Children’s Services occupies 138,802 square feet, HeartShare Human Services is in 32,696 square feet, and Ms. Foundation for Women has 14,590 square feet (with its lease moving to a rolling termination soon), according to the source.

Representatives from 60 Guilders and Brookfield declined to comment. A spokesperson for Davidson Kempner did not immediately respond to a request for comment.

The deal is being brokered by Cushman & Wakefield’s Adam Spies, Doug Harmon, Rachel Humphrey and Adam Doneger, who declined to comment.

Brookfield got ownership of the office condo in 2018 as part of its $6.8 billion purchase of Forest City Realty Trust, TRD reported. The city owns the bottom portion of the tower.