Making Sense of a Year When Everything Went Wrong 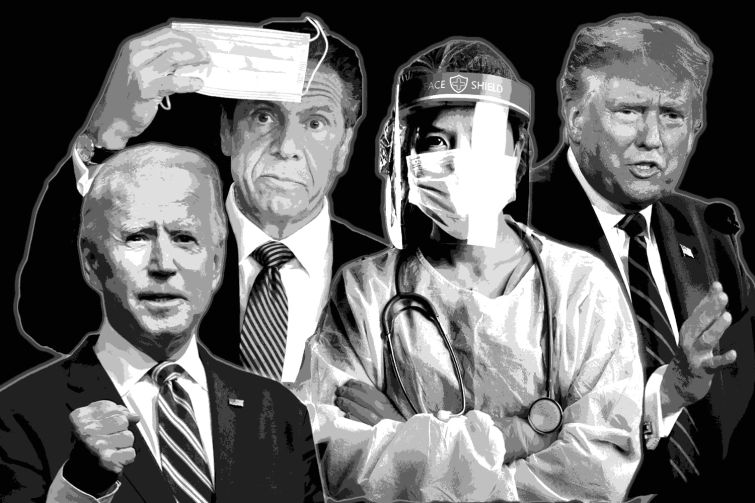 2020 was the year of coronavirus and political chaos; which wasn't great for commercial real estate. Photo collage by Julia Cherruault.

Roughly a year ago, as we were leaving behind a roller coaster-like decade of ups and downs, Commercial Observer surveyed the landscape and felt a healthy dollop of optimism about the future. (More or less.)

Apartments were selling on Billionaires’ Row for nearly a quarter of a billion dollars. (Well, one unit, anyway.) Hudson Yards saw a splashy opening, and Facebook, the most coveted tech tenant in the world (well, one of ‘em, anyway), inked a million-and-a-half-square-foot deal there.

There were problems, certainly. Retail continued its slow, steady decline at the hands of e-commerce. Amazon was wooed into promising a second headquarters in Long Island City, and then abandoned its plans in the face of public backlash and political scrutiny. And the biggest tenant in the city (WeWork) watched as its billions of dollars in valuation evaporated with a rapidity that would send many a CEO wading into the East River.

No living, sentient human being could look at 2020 as anything other than a disaster. (We would use saltier language, but this is a family publication.)

But the collateral desolations were difficult enough.

In May, CO convened a retail forum, where Steven Kamali, the founder of Hospitality House, predicted that half of New York restaurants would be forced to give their keys back before it was all over. It’s possible that Kamali was being optimistic. By September, CNN was reporting that, in the new year, it could be as much as two-thirds. Last month, the great restaurateur, Danny Meyer, suspended indoor and outdoor dining at his eateries.

And, while New York’s office owners always comforted themselves with the wisdom that, in the end, Manhattan couldn’t get any bigger and that real estate was always a safe haven, they were met with a reality that never would have occurred to them: What if offices, themselves, are no longer safe?

More than that, what if the big tenants realize that the money that they shovel out in rent every year might not actually be necessary if their workforce can better spend their time on Zoom and Slack?

Morgan Stanley CEO James Gorman sent a shiver down the backs of the entire New York City office market when he told a Bloomberg Television audience in April: “Clearly, we’ve figured out how to operate with much less real estate. Can I see a future where part of every week, certainly part of every month, a lot of our employees will be at home? Absolutely.”

All of which makes for a grim, nauseating year.

And, then, last month, the first ray of light shone. Pfizer announced a vaccine would be ready to be rolled out this year. Right on their heels, Moderna announced one too. By the end of the month, AstraZeneca announced a third. If ever there were welcome news, this would be it.

CoreNet conducted a survey of its members, 73 percent of whom believed that continued work from home was hurting employee development.

All in all, yes, it was a horrible year. But thanks to a little help from the pharmaceutical industry, we feel much, much better about 2021.