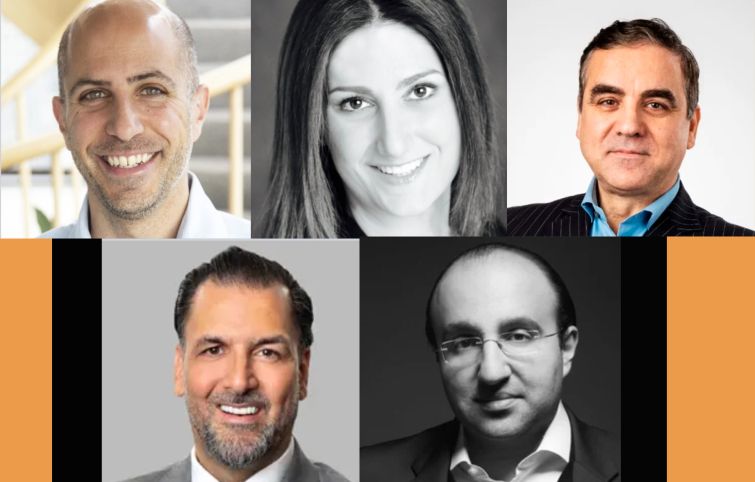 The COVID-19 pandemic could be an extinction event for 50 percent of New York City’s restaurants, according to one panelist at Commercial Observer’s retail forum.

They predicted that half of all restaurants will close up shop before the pandemic is over.

“Twenty percent of tenants that we’ve surveyed have handed back their keys thus far,” said Steven Kamali, founder of consulting firm Hospitality House.”We anticipate over 30 percent, in addition to that, handing back their keys.”

“That’s half the population of restaurants, effectively in some shape or from, giving their keys back,” he said.

The fate of the city’s vaunted streetfront retail was discussed on two of four panels hosted by Commercial Observer for its Fourth Annual Retail Forum, this one focused on retail in the pandemic era. The discussions covered the design of retail stores, the need for omnichannel shopping experiences, what an opened American Dream mall in New Jersey will look like, and how the restaurant and hospitality industries are going to fare in the coming months.

Kamali’s comment came during a panel discussion called “Rescuing Restaurants: The Future of Food & Beverage”, which was moderated by Rich Sarkis, president of real estate data firm Reonomy. James Famularo, head of retail leasing at Meridian Capital Group agreed with Kamali’s projection, which was based on a survey of 850 restaurateurs with 2,000 restaurants, out of roughly 25,000 food and beverage businesses in the city. “If half of the restaurants are going to close, the other half, in my mind, do twice as much business,” he said.

The key challenges that restaurants will face when they do open, in addition to the reduced occupancy limits, is reduced traffic from tourism and the office crowd, Whitney Arcaro, head of retail leasing at RXR Realty and Julio Bruno, the CEO of Time Out, pointed out. It’s uncertain when those will return to pre-pandemic numbers, they added.

Bruno, whose company operates food halls in Europe and the United States, including one in Dumbo that opened last year, said he wouldn’t consider reopening with anything less than 50 percent capacity.

One outcome could be more integration between landlords and restaurant tenants, with models evolving from traditional leases to revenue-share agreements, management fees or other models, said Kamali.

One glimmer of hope is that the newest congressional bill may update the Paycheck Protection Program to be better suited for restaurants. Since the program was designed to keep people employed, it missed the mark for restaurants, who can’t employ people while they’re closed, and whose greatest expense is rent, according to Andrew Rigie, head of the New York City Hospitality Alliance.

Rigie said he’s been working with Speaker Corey Johnson to expand al fresco dining in the city through the reduction of sidewalk cafe fees and opening streets to pedestrian traffic. “New Yorkers recognize that it’s our storefront businesses that are not only part of the economic footprint of the city, but the social fabric and we really need to support them,” Rigie said.

Roseman had a cheerier view than the earlier panel, saying that, of the tenants he’s spoken to, “no one has raised a white flag.” Nevertheless, panelists agreed that the pandemic was an accelerant, and causing the demise of already ailing retailers, something Weinstein dubbed “retail Darwinism.” Rosman pointed out that J. Crew, JCPenney, and Neiman Marcus, all well-known retailers who filed for bankruptcy recently, were struggling for years, and some of them because of private equity. “These were great companies that were taken out of the hands of the retailer, or the merchant,” Roseman said.

Posniak said he’s keeping an open dialogue with tenants, but felt that some of the larger retailers were taking advantage of the situation. “Small mom-and-pop guys, we’ll try and work with them, but the large chains that have the wherewithal, we expect them to fulfill their obligations,” Posniak said.

The group discussed the many changes that will take place, from contactless ordering to glass partitions to more private dining options. “The challenge for us is how to make the restaurant exciting and desirable but under a distancing paradigm,” Beers said.

Of course, restaurants aren’t the only establishments that will need to be rethought. Every kind of retail, from street retail, to open-air shopping centers, to enclosed malls are learning to navigate the new reality.

On a panel titled “What’s Next for Retail? Taking a Look at the Future Store” about the future of stores, Kenneth Bernstein, CEO of Acadia Realty Trust, Barrie Scardina, Cushman & Wakefield’s head of retail, and Liz Edmiston, CEO of fashion brands Dynamite and Garage, discussed the issue from the perspective of the landlord, the tenant, and the broker. The panel was moderated by Jonathan Mechanic, head of Fried Frank’s real estate department.

Edmiston said her company, Groupe Dynamite, sees the new shopping experience as a way to re-engage with customers through social media. On store design, they’re planning to have contactless returns and pickups, quarantining products returned from the fitting room for up to 24 hours, and considering ways to entertain queuing customers.

Scardina pointed out that hands-on shopping experiences for products like clothes and makeup would be greatly changed, and some innovative technologies will help with that.

In keeping with a consistent theme she also said that the crisis would be an accelerator of existing trends, for better or worse.

Bernstein agreed that it would accelerate the death of some models, and would allow newer brands to flourish, particularly ones that excel in omnichannel sales. He expects to see a rise in direct-to-consumer brands, which view physical retail as an important component of an overall strategy. “Some young brands might not make it to the other side, but those who will, will be exciting,” Bernstein said. “They’ll be the enticement tenant of the future rather than large box retailers.”

A good example of where all these trends will be tested is at the American Dream Mall, the long-awaited 3 million-square-foot retail and entertainment complex in New Jersey. Some parts of it had opened in the fall, but the grand opening of its shops was scheduled for March 19, unfortunate timing to say the least.

“It seemed like five days before that, the world went crazy,” said Ken Downing, chief creative officer of the mall’s developer Triple Five.

Downing was joined by Debbie Kalisky of GH+A Design Studios, Gerald Raines, the Senior Vice President of location-based experiences at ViacomCBS, and Gregory Tannor of Lee & Associates to discuss the future of the mall given the current reality in a panel entitled “American Dream & Socializing in the Post-Coronavirus World.” The session was moderated by Raymond Catlin, the executive vice president of Schimenti Construction Company.

What makes American Dream unique, said Kalisky, is that it was designed to be anchored by attractions rather than shopping, and in fact the space is roughly 45 percent retail and 55 percent entertainment, including an indoor ski slope, a water park, and the Nickelodeon Universe theme park.

Downing said the mall will reopen with the appropriate safety precautions, but was optimistic that people will be eager to get out once restrictions are lifted. Raines said that with camps potentially closed throughout the summer, parents will be looking for somewhere to take their kids. Capacity will be reduced at the parks by more than half.

Tannor said that his son’s camp had been cancelled, but said safety would be paramount before he could consider taking his kid to an amusement park, or waterpark. “That’s going to be at the forefront of everyone’s minds,” he said. 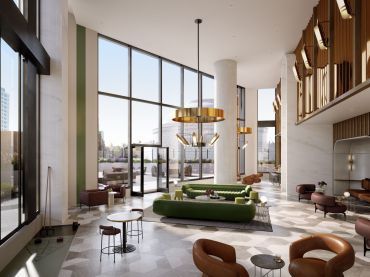 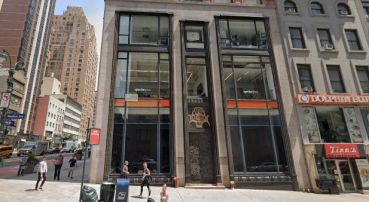 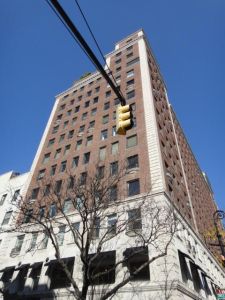