The tech giant inked space at 30, 50 and 55 Hudson Yards in the West Side mega-project 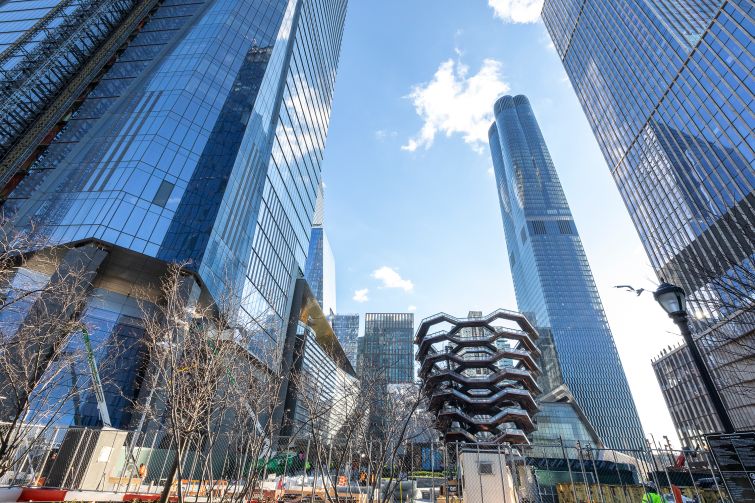 The tech behemoth signed a deal for more than 1.5 million square feet of office space at the West Side mega-project, with the firm spreading across 30 floors of space in three buildings, landlord Related Companies announced today.

“New York’s vibrant communities, strong business economy and diverse talent base first attracted us to the city in 2007,” said John Tenanes, vice president of global facilities and real estate at Facebook, in prepared remarks. “When considering the next phase of our growth in the city, it was important that our newest office space was situated in the heart of a vibrant community that offered access to arts, culture, media and commerce. Hudson Yards offered this and more.”

The deal ends months of speculation that Facebook would be taking space at the West Side complex, with the firm also reportedly eyeing space at Vornado Realty Trust‘s Farley Building.

Facebook was represented by Cushman & Wakefield in the Hudson Yards deal and Related handled the negotiations in-house. C&W’s team was led by Rob Lowe and Jamie Katcher, according to a person briefed on the matter.

Facebook will be joining BlackRock at 50 Hudson Yards, which is scheduled for delivery in 2022 and will serve as BlackRock’s global headquarters. The 78-story building is striving for LEED Gold certification and has direct access to the 7 subway line, multiple entrances, outdoor terraces and valet access via a porte-cochere. The building is now 75 percent leased.

“We are thrilled to welcome Facebook and its employees to their new park-front offices where they will enjoy the convenience of a truly dynamic live-work-play environment,” said Jeff T. Blau, CEO of Related, in prepared remarks.

“Hudson Yards continues to cement its reputation as a destination of choice for employers looking to gain an edge in the war for talent,” said Dean Shapiro, head of U.S. development for Oxford, in prepared remarks. “We are proud to be partnering with Facebook to create the workplace of the future for its employees; a place that provides world-class amenities across food, entertainment, retail, arts and culture right on its doorstep.”

Update: The story has been updated since publication to include details on Facebook’s current offices in New York.