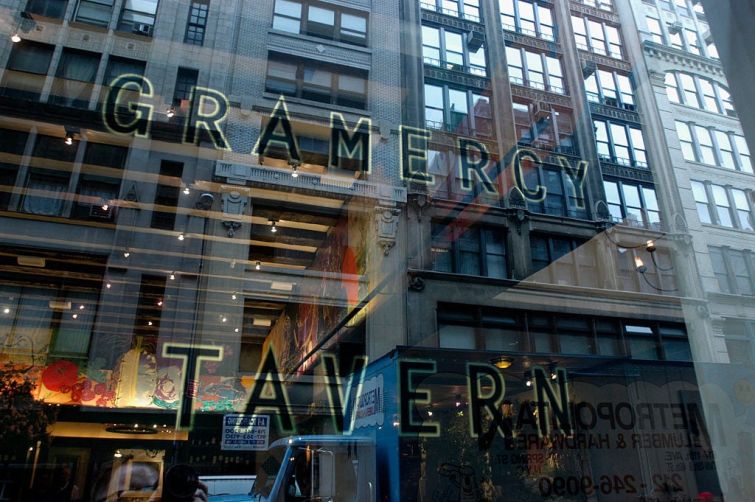 Danny Meyer’s Union Square Hospitality Group suspended indoor and outdoor dining at its restaurants around New York City on Friday as the number of coronavirus cases there continues to spike.

The company announced in an email that it would stop on-site dining at Union Square Cafe, Gramercy Tavern and Blue Smoke Battery Park City, which are the only spots it had been operating for indoor dining since the practice was resumed at a reduced capacity in September.

“Given the growing number of positive COVID-19 cases in New York City, and even within our own USHG community, we are making the decision that is in the best interest of the health and safety of our people,” the email reads. “Instead, we will focus exclusively on pickup, delivery, nationwide shipping, and virtual food and wine experiences.”

Indoor dining was allowed to restart in New York City at a 25 percent capacity on Sept. 30, six months after Gov. Andrew Cuomo forced eateries to switch to takeout or delivery only to curb the spread of the disease.

The loss of indoor dining was detrimental to the city’s restaurant industry. Eateries have struggled to pay rent, have laid off thousands of employees, and thousands of these establishments are expected to permanently shutter. In March, Union Square Hospitality announced it laid off 2,000 employees in its 20 restaurants and corporate offices.

However, the city saw another wave of increased infection rates in recent weeks with Mayor Bill de Blasio abruptly closing schools this week. De Blasio predicted on Friday that indoor dining would be halted again early next month, but Cuomo said it was too soon to tell, the New York Daily News reported.

Some in the restaurant industry criticized the possibility of another shutdown of indoor dining — especially as the winter months make it increasingly difficult to have diners eat outside.

“Restricted, highly regulated indoor dining has been working safely around New York state since June, while infection rates decreased, until recently,” Andrew Rigie, executive director of the industry group the New York City Hospitality Alliance, said in a statement. “While public health and safety must be paramount, we have not seen contact tracing data indicating that highly regulated indoor dining causes the recent infections, and thus, struggling small business owners and their employees should not be left holding the bag as a default reaction without being justly compensated.”

The industry has been worried about the possibility of a second set of lockdowns in recent weeks, with Meridian Retail Leasing President James Famularo warning it would be the final nail in the coffin for many struggling retailers.

“Everybody I speak to is out of [Small Business Administration] money, they’re out of [Paycheck Protection Program] money, they’re hanging on by a thread,” Famularo previously told Commercial Observer. “I don’t think people could take another shutdown. That will be the final blow.”