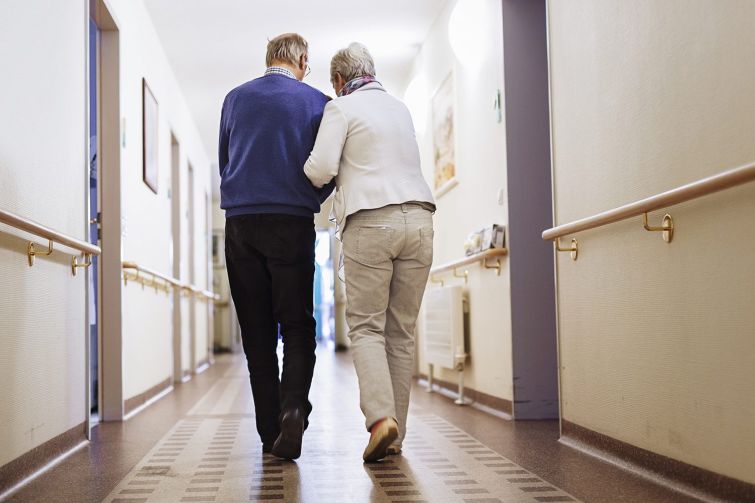 Among the most wrenching tragedies of COVID-19 has been its harm to the elderly and on the nation’s nursing homes.

In the middle of last month, the scene in this asset class was described as ‘Death Pits’ in the pages of the New York Times when the death toll stood at more than 7,000. The very next week, the Wall Street Journal upped the tally to 10,000.

Of course, nursing homes aren’t the same as senior living even if they’re often associated with one another. But how the biggest owners, developers, and REITs dedicated to senior citizens are coping with this never-before-seen crisis is a critically important question, one Commercial Observer attempted to answer in its pages this week.

The coronavirus continued to flay the country in other (less gruesome) ways too. The employment numbers offered more grim news: In addition to the 30 million-plus Americans who filed for unemployment last week, there were local reminders of a suffering economy as well. Saks Fifth Avenue’s parent company laid off 507 New York workers. The Ghost Kitchen Kitopi (which we would have suspected might have survived better than most) announced it was cutting 124 Gotham-based employees. And a report from the Center for an Urban Future and Tech:NYC warned that New York would probably lose a sizable chunk of its tech startups.

TPG Real Estate Finance Trust (TRTX) is now embroiled in a lawsuit with investor Somera Road; according to the suit, the mortgage REIT cut off funds due to its ongoing liquidity problems. Indeed, liquidity is going to be a problem for a lot of lenders in this crisis, and weaknesses have been exposed for leveraged loan shops like TRTX. Traders have taken notice. In late February, the lender’s stock was trading at $20.72 a share; by April it had fallen to $2.52.

All that being said, the country’s craving for normalcy is finally translating into action, with the government and private companies both taking their first steps out of the foxhole.

California Gov. Gavin Newsom said it would be “weeks, not months” before some of the state’s businesses opened up again.

And if a return to work is imminent, it’s a good time to disinfect (and spruce up) public transportation, which was what New York Gov. Andrew Cuomo talked about in one of his addresses this week. He announced that the New York City subway would close down each night from 1 a.m. to 5 a.m. for cleaning. (Speaking of transportation, we learned from the head of the Port Authority at this week’s transit forum that PATH ridership had decreased a whopping 95 percent.)

Starbucks told investors that it would have 90 percent of its stores opened by June 1 on its quarterly call. (And for a lot of Americans, nothing signifies normal as much as a caffeine fix.)

But perhaps “normal” is the wrong word. Last week Commercial Observer convened a conference of real estate professionals to discuss how Midtown would fare in the crisis, and there was much more sobriety about what the next few months would bring. RXR’s Scott Rechler said it best when he called the post-coronavirus return “The New Abnormal.”

And, yes, the deals march on. In sunny California, they’ve even retained some of the pre-COVID optimism about the big score. Like, say, CIM Group’s $100 million decision to purchase the Baldwin Hills Crenshaw Mall and turn it into office space. In the D.C. suburban area of Rosslyn, Va., the Dallas-based Velocis purchased a 171,373-square-foot property for $71.4 million. Closer to home, Gary Barnett’s Extell sold the retail portion of The Kent, its Upper East Side condo tower, for $29 million, and Sam Charney picked up a $23 million site in Gowanus.

Leases happened, too: massive ones like At Home, which subleased 133,000 square feet from Kohl’s at the Rego Center mall in Queens, and more modest ones like the marketer Jellyfish, which ditched its WeWork space for 9,508 square feet at 693 Fifth Avenue. Plus, a slew of private equity and flex office providers signed and reupped at SL Green properties.

Have a relatively normal rest of the weekend.