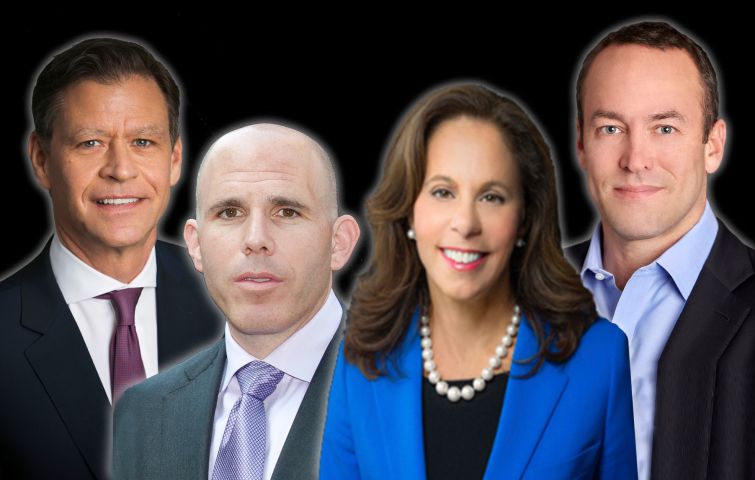 To watch the complete replay of the 5th annual Midtown Forum on demand, click here.

Commercial Observer convened some of the great minds of the real estate industry for a virtual Midtown Forum to talk through the challenges and possibilities that lie ahead, after the full-shutdown stage of the coronavirus pandemic comes to an end, but before we return to normal.

After more than six weeks in confinement, everyone’s thinking about getting back to the office, and even growing nostalgic for the rush-hour madness of our city’s gnarly subway system.

The opening panel brought together Bruce Mosler, chairman of global brokerage for Cushman & Wakefield, Ric Clark, chairman of Brookfield Properties, and Scott Recher, CEO and chairman of RXR Realty, representing some of the city’s largest brokerages and landlords. Moderated by Fried Frank attorney Jonathan Mechanic, the group discussed how they’re planning to move forward in the face of COVID-19, or what Rechler coined, “the new abnormal.”

According to Clark, employees have had their fill of working over Zoom, and with children and pets underfoot. “At this point it’s beyond cute,” Clark said. “The focus is really on getting back to their office.” And doing that means implementing a host of distancing and health protocols that will keep employees safe. But a return is coming; Mosler said that C&W has already put 12,000 businesses and one million people back to work in Asia, and released a playbook for implementing architectural and behavioral protocols, and all the panelists agreed on the need for a government standard.

As for long-term effects on the New York market, Mosler expected no fundamental changes. “New York is still the center of the world,” he said.

Rechler warned that while the jobs are indeed here, we shouldn’t underestimate the damage that the crisis will have on the city as a whole, and the economic hit to the city itself. “Consider the carnage to small businesses and nonprofits,” he said, the cultural institutions, and independent shops, and nonprofit organizations that make New York City what it is. “For small businesses, it’s a question of survival,” Rechler said, and encouraged the audience to think creatively about how to use this opportunity to make New York City even better, as we come back.

Clark said that the real estate industry was doing its part and was in fact “the most civically minded industry” in the city, highlighting a grant program that the Downtown Alliance had launched for Lower Manhattan businesses.

On the second panel of the morning Amol Pachnanda, a partner at Ingram Yuzek Gainen Carroll & Bertolotti, moderated a fireside chat with Peter Riguardi, the head of JLL’s Tri-State Region, and Dean Shapiro, head of U.S. development for Oxford Properties Group on reinventing Midtown, and the advantages of a diversified tenant portfolio. In the short chat, the three touched transportation, new construction, and coworking.

Shapiro said that 10 Hudson Yards had the advantage of being accessible to the bike path along the Hudson River. Prior to the full shutdown, Oxford had run a survey asking tenants how they were getting to work, and many said either walking or biking, he said.

In response to a question on coworking, Riguardi said that the shared workspace providers were filling a need for small to midsize companies who need between 5,000 and 10,000 square feet of space. And if they can figure out how to rightsize their lease obligations, they could very well continue to do that. “Trying times escalate trends that were happening anyway,” he said.

Shapiro added that new construction, in general, was in a better position to implement new healthcare protocols. Both because the buildings themselves were of better quality, technologically and in terms of airflow and spacing, as well as because those buildings tend to offer “white glove management” more akin to hospitality than office. 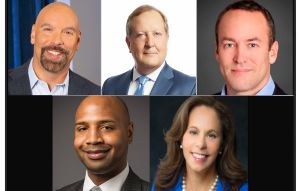 In the final panel, Winston Fisher of Fisher Brothers, pushed back against that notion, highlighting that plenty of repositioned buildings in Midtown and elsewhere were on par with new construction in quality and management.

The final panel was about the biggest deals and developments driving business in Midtown, and was moderated by Michael Gerazounis, president of M.G. Engineering. The panelists included three other Midtown landlords in addition to Fisher, Leslie Wohlman Himmel of Himmel + Meringoff Properties, Nelson Mills CEO of Columbia Property Trust, and Nadir Settles managing director of Nuveen Real Estate.

Mills said that he was seeing a “bifurcated” effect, as tech tenants have been thriving during this time as opposed to almost everybody else. Four of his 20 biggest tenants, all tech companies, had market highs in the last month, he said.

Fisher again pushed back, pointing out that the impact is severe even for tech companies, referencing a report from the Center for an Urban Future and Tech:NYC that said New York could lose a “sizable portion” of tech startups.

Settles said that the office sector was performing better than retail, understandably, and that Nuveen received 92 percent of rent on their office portfolio for April, though things remained uncertain for May.

Himmel said that looking to the future, there were a few areas where New York should consider putting its efforts. “Life sciences, biocare, and healthcare will be a growth area,” she said. And while New York has already seen some growth in that area, the city is far behind the leading market of Boston.

Fisher pointed out that the creative industry, which employs 300,000 people is another important sector in New York, and one that is relatively immune to technological advancement.

On coworking, Nelson said that there will be so much caution around shared spaces, landlords might consider handing off the management of conference centers to workspace providers since that’s their domain. That might be one solution for allowing guests into a building without allowing them into specific offices, he said.

The chat wound down with some concern over the subways, which have recently been overrun with the homeless population, Gerazounis said. “We can’t let the subways become homeless shelters, we have to find somewhere else for them to live,” Fisher said.

The group then elbow pumped the screen and called it a day.