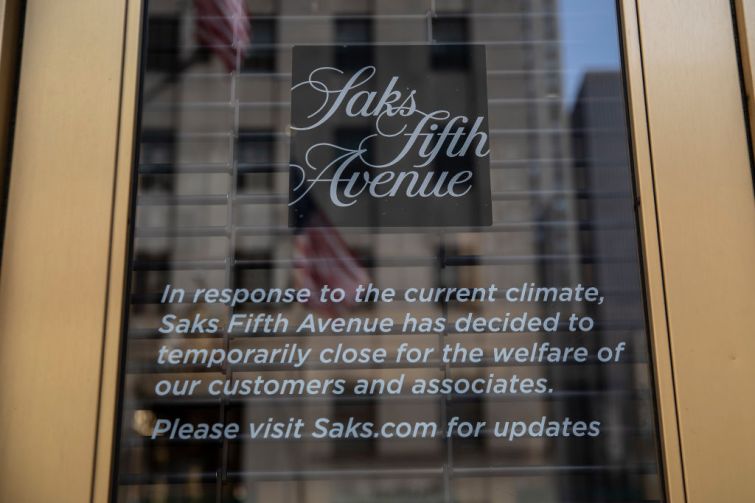 The Toronto-based HBC filed a notice with the state that it would cut 491 retail workers in the city earlier this month because of “unforeseeable business circumstances prompted by COVID-19” and updated the number to 507 employees last week, according to a WARN Act notice.

The cuts started on April 21 and will continue until May 4, according to the filing. A spokesperson for HBC stressed in a statement that the employees were not permanently laid off and the most recent WARN filing was because of a small increase in the number of furloughed workers.

“Our furloughed associates will retain their health benefits, and the company will cover the associates’ premiums,” the HBC spokesperson said. “We will continue to have small teams in place to support our business with essential functions, including our e-commerce businesses. This is an incredibly challenging situation for our people, but a necessary step to protect the long-term viability of our business for customers, associates and partners.”

HBC temporarily closed all of its retail shops on March 17 because of the COVID-19 epidemic including its two Saks locations in Manhattan and the Brooklyn and Manhattan outposts of its discount chain Saks Off Fifth. Earlier this month, the company announced it would start laying off workers and implementing pay cuts to survive, which included workers in its corporate offices.

More than 90 of HBC’s laid-off workers in Toronto accused the company of short-changing their severance packages because HBC implemented pay cuts days before the layoffs started and based the severances on the newly lowered wages, Global News reported. A spokeswoman for HBC denied any wrongdoing to Global News.

HBC has struggled financially in recent years with declining sales at its stores and sold department store Lord & Taylor to a clothing rental startup for $100 million last year, which experts previously told Commercial Observer would have been a “laughable” sale price for Lord & Taylor a decade ago.

The coronavirus pandemic has exacerbated many retailers’ woes as emergency measures to reduce the spread of COVID-19 forced them to close their doors entirely and decimated their sales.

Retail sales in the United States dropped a record 8.7 percent during March, the largest month-to-month decrease since the federal government started keeping track in 1992. However, the figures only represent a small sampling of the coronavirus’ impact since the strict stay-at-home orders went into effect late in the month and economists expect April’s figures to be worse.

Companies like Macy’s, Best Buy and Abercrombie & Fitch laid-off or furloughed workers while department store Neiman Marcus missed millions of dollars in loan payments this month and is reportedly on the brink of a bankruptcy filing.

HBC also missed its April payments, totaling $3.2 million, for two of its commercial mortgage-backed securities that were part of $696 million it took out to finance nearly 30 of its stores, Bloomberg reported.