Newsom: Some Calif. Businesses to Reopen Within ‘Weeks, Not Months’

The state will reopen lower-risk operations like retail curbside pickup 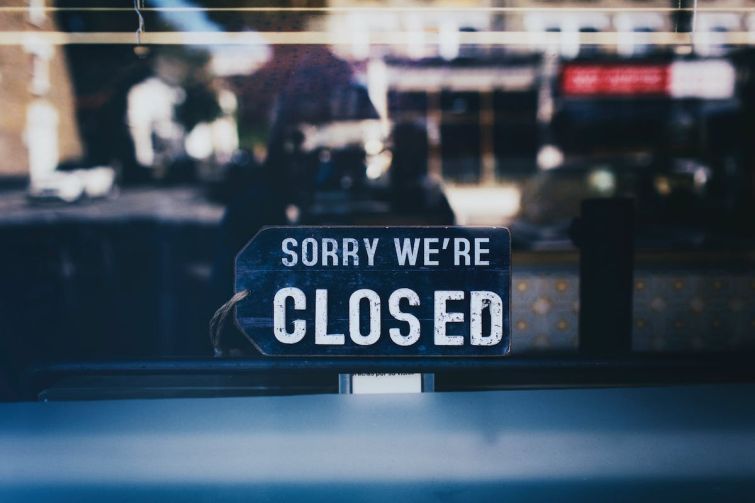 Governor Newsom revealed details in the state’s plan to slowly relax shelter-in-place orders to allow some businesses to reopen with restrictions. photo: pexels

While there is still no set date for California to lift its stay-at-home orders, Governor Gavin Newsom this week revealed details in the state’s plan to phase-in different sectors of the economy.

In the next few weeks, the state could begin to reopen lower-risk operations such as retail curbside pickup and some offices or companies that don’t deal directly with customers, as well as manufacturing and some public spaces. Much of the state has been shut down since mid-March to ease the spreading coronavirus.

“We believe we are weeks, not months, away from making meaningful modifications” to the stay-at-home restrictions on businesses, Newsom said.

The plan includes four stages to roll the economy open, but it does not include a specific time frame. Instead, it is based on criteria and conditional requisites that will need to be reached during each phase of adjusting the mandates, eventually hitting a final stage that ends the stay-at-home order.

Newsom said he has heard the calls from different regions and entities who want to reopen sooner. But the governor emphasized the rollout will be gradual and meticulous, and that it will be based on data and health indicators.

Newsom also continued to warn of the consequences of rushing to open too quickly.

“If we pull back too quickly, and we walk away from our incredible commitment to not only bend this curve but to suppress the spread of this virus, it could start a second wave that could be even more damaging than the first. And it could undo all of the good work and progress that you’ve made,” he said. “We are by no stretch out of the woods.”

The first stage of the plan is “where we are now,” which includes building out testing and contact tracing while officials make essential workforce environments safe and prepare to reopen sector by sector.

California will enter the second phase “in a few weeks,” when lower-risk workplaces can gradually reopen with restrictions and modifications to their modes of operation. Newsom said stores will look different and offices will operate differently.

The third stage, which will come in the next couple of months, includes opening higher-risk workplaces like gyms, spas, hair and nail salons, as well as entertainment venues like movie theaters or sports venues without live audiences. But they will also include restrictions such as limits to the size of gatherings.

The stay-at-home order will officially end with the final stage once proper therapeutics have been developed, according to the plan. That will finally include concerts, convention centers, live audience sports — “the highest-risk environments.”

But Newsom also wants the ability to reinstate restrictions throughout the process.

“If we pull back and we modify our stay-at-home order too early, and we start to see an increase and surge in cases, and hospitalizations, then we have to have the ability to toggle back,” he said.

At the start of the week, health officials in the Bay Area announced that six San Francisco-area counties and the city of Berkeley will keep their shelter-in-place orders active through the end of May.

Los Angeles’ order remains in effect until at least May 15, but on Tuesday, the County Board of Supervisors approved new measures to begin creating its plan to restart the economy. Health service agencies will report within a week on what measures will be needed to advance, which could include extending or relaxing stay-at-home orders. The plans followed Newsom’s announcement last week of the formation of the State Task Force on Business & Job Recovery to handle the statewide reopening plan.

Also this week, officials announced the same six counties in the Bay Area — which includes San Francisco, San Mateo, Alameda, Contra Costa, Marin and Santa Clara — will allow construction projects and real estate transactions to resume on May 4. All construction has been exempt from the stay-at-home orders in California as the state continues to battle a years-long housing crisis. But those six counties had halted construction in their jurisdictions in March, except for health care projects and housing projects that included affordable housing.