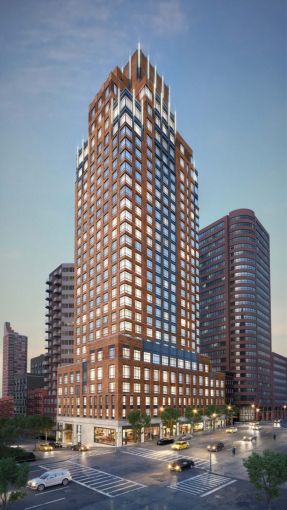 Extell Development has sold the retail portion of its new Upper East Side condo building, The Kent, to an unnamed buyer for $28.7 million, Avison Young announced earlier today.

The 22,563-square-foot retail condominium occupies the base of The Kent, a 30-story, 83-unit condo building at 200 East 95th Street on the corner of Third Avenue. The space is partially leased to the New York City Department of Education, which operates a preschool center in 11,492 square feet on the ground floor. The 15-year deal was signed in 2018, as Commercial Observer reported at the time. The remaining 11,000 square feet in the retail condo is still available for lease.

The DOE will pay $171 per square foot for the next few years of the lease and slowly ramp up to $207 per square foot by the last five years of the agreement. The agency originally inked the deal as part of Mayor Bill de Blasio’s aggressive universal Pre-K expansion plan.

“The retail condominium at The Kent offered the opportunity to acquire a newly constructed retail space in the base of a beautiful luxury Upper East Side property with a built-in tenancy and an in-place cash flow, as well as future upside with the remaining available space,” Nelson said in prepared remarks. “Even in this challenging retail market, Avison Young found that there was significant interest in this investment, driven primarily by the credit of a long-term lease with the New York City School Construction Authority for a Pre-K school, servicing thousands of residential units and young families in the Yorkville neighborhood.”