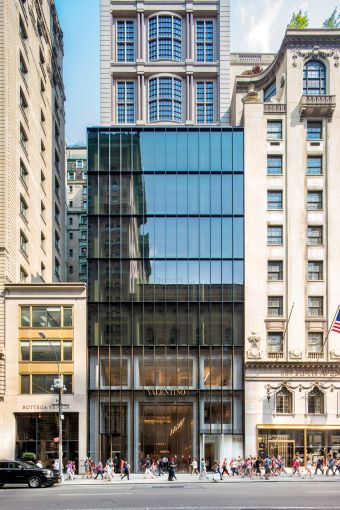 Digital marketing firm Jellyfish plans to decamp from its WeWork location and inked a deal for space at 693 Fifth Avenue in Midtown, Commercial Observer has learned.

Jellyfish signed an eight-year lease for 9,508 square feet on the entire 11th and 12th floors of the 20-story building between West 54th and West 55th Street, according to Colliers International, which brokered the deal for the landlord. Asking rent was $80 per square foot.

The London-based firm started its U.S. operations, headquartered in Baltimore, in 2010 and has offices in Boston, Chicago and Los Angeles, The Baltimore Sun reported. Its New York City outpost is currently in a WeWork at 524 Broadway in Soho, according to Colliers and Jellyfish’s website.

“Despite the trying times we’re living in now, the successful completion of this deal is proof of Manhattan’s office sector resilience,” Koltis said in a statement. “Moving forward, I expect you will see more leases in these sort of boutique properties with smaller firms looking to expand into larger spaces to ensure their teams can work safely in a socially distant way.”

Other tenants in the 105,000-square-foot 693 Fifth Avenue include luxury fashion firms Valentino, Bugatchi Uomo and Escada.