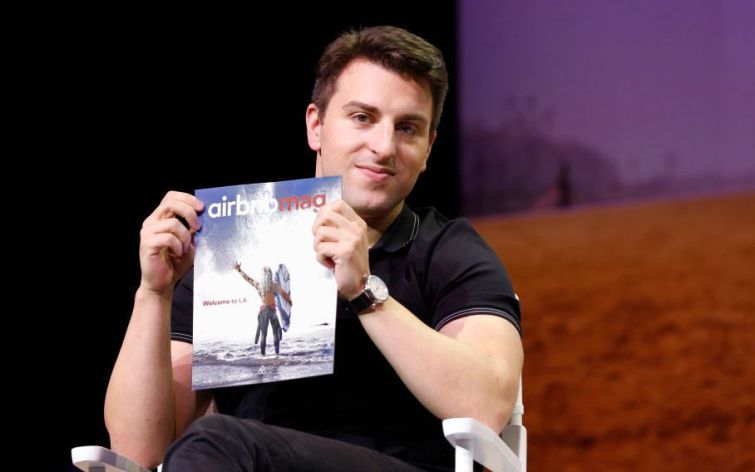 What happened to you, Brian Chesky? You used to be cool.

But we have to undertake a serious reassessment since learning that Airbnb has decided to embrace the ethos of every John Hughes parent who ever lived when they announced that they were introducing technology that’s supposed to identify and stop parties before they start.

There was a party ban?

“We know strong policies must be complemented by strong enforcement,” Banerjee continued. “This technology is the latest of a number of anti-party measures in recent years to enforce our policy and try, to the best of our ability, to stop both unauthorized parties and chronic party houses.”

Apparently, Airbnb has been getting complaints about “high-risk” users. The technology that they’ve introduced has been under development in Australia since last October and the company says it’s driven a ​​35 percent decline in Airbnb soirees.

Guests with a bad reputation for parties are identified and disallowed from renting out whole houses when the host is not present.

Ach. We thought proptech was supposed to be used for things like automating back-office processes, or investment management, or payroll. Like what Agora just raised $20 million for. Or even for new and not-fully-tested things like Metaverse trading, which is one of the things Agya Ventures raised $32 million for. Not stopping parties.

Frey — the Las Vegas-based founder of Caliente Development who co-created Perception Las Vegas, the Pussycat Dolls Lounge and Pure Nightclub, and was a part-owner of dispensary-owner Naturex — announced a new museum dedicated to weed called The House of Cannabis at the Chetrit Group’s 427 Broadway, which will open in the fall.

The museum, abbreviated THCNYC (get it?), will take up five stories in the SoHo building and, in addition to the history of pot, will feature an LED light shot and art inspired by marijuana.

The only thing missing from the museum is actual weed.

Frey told The Real Deal that procuring a license would be too onerous and that he wants to “help all the dispensaries.”

What happened to you, Robert Frey? You used to be cool.

All right, break it up!

Fine. We admit that the older we get the less patience we have with loud music late at night and walls of cannabis smoke coming from the neighbors.

Sometimes we just want someone to clean up the surrounding mess. Like the abandoned sheds from long-closed restaurants all around the city. When is someone going to take care of that?

Actually, Eric Adams announced a plan to do so.

“Outdoor dining has transformed New York City and saved 100,000 jobs during the pandemic, but we cannot allow abandoned dining sheds to litter our streets,” the mayor said in a statement. “These deserted dining sheds have become eyesores for neighbors and havens for rats, and we are going to tear them down.”

The city will remove 24 abandoned sheds from shuttered restaurants.

The term “shuttered restaurants” might indicate to some readers that retail continues its yearslong slide, but actually no. There were some interesting retail deals this week, particularly concerning restaurants.

Jean-Georges Vongerichten, for one, announced that he’s opening a 14,000-square-foot, two-story restaurant in L&L’s newly completed 425 Park Avenue next year. And this comes on the heels of his collection of restaurants and shops at Howard Hughes’ Tin Building at the South Street Seaport, which opened earlier this month.

In Miami’s Design District, Jair Coser — the founder of Fogo de Chão — laid out some $6.2 million for a two-story, 8,000-square-foot retail building, which we can only assume will have a restaurant tied to it. (Although no word yet on what Coser plans.)

And beyond restaurants, both high and low retail saw interesting activity this week.

And cheaper retail has been one of the big beneficiaries of inflation. According to a recent Placer.ai report, places like Dollar General saw a 10 percent increase in foot traffic from March to May, and superstores like Walmart, Target, BJ’s, Costco and Sam’s Club saw 7 percent increases during the same period. Dollar stores have also been expanding wildly, with Dollar General planning to open a total of 1,110 stores by the end of the fiscal year.

And movie theaters are finally coming back, too. Movie theater foot traffic was up a whopping 72 percent from March to July.

The only retail/hospitality story that we were surprised by was the fact that Related is eager to get rid of their Equinox Hotel in Hudson Yards. After all, it’s not as though Hudson Yards isn’t generating activity. Vista Equity Partners just took 95,000 square feet at 50 Hudson Yards. And many would argue that hospitality is staging a comeback. Just this week Jeffrey Soffer spent $102 million buying out a Jupiter Island condo development with a likely plan to knock it down and rebuild a spanking new hotel. (Or another fancier condo.) But, if you want to try your hand at luxe Manhattan hospitality, the Equinox is trying to fetch $200 million.

One would be forgiven for feeling like they stepped into a time warp, with office deals signed in Hudson Yards, retail hot, and everybody still trusting Adam Neumann with their cash.

Because a doozy dropped this week when it was announced that the former WeWork CEO had talked venture capital giant Andreessen Horowitz into investing $350 million in his new residential real estate company Flow, which is valued at… more than $1 billion? (At least it’s not valued at $47 billion. That’s progress.)

Flow sounds sort of like an incarnation of an idea Neumann tried already, WeLive —essentially dormitories for adults. But, OK, we’ll concede that multifamily is a hot commodity, so maybe the 4,000 units he’s already amassed is indeed a healthier investment.

Getting excited about Brooklyn!

Jed Walentas’ company probably has better reason than most to believe in the borough. Walentas’ parents, David and Jane, came to the borough when it was cheap and neglected, and built a wildly successful empire in Dumbo. Two Trees is planning the same thing in Williamsburg with their Domino project.

CO got a look inside the Refinery, the 460,000 square feet of office space that Two Trees has been hard at work on these last few years. It should make good Sunday reading. Or, actually, today is supposed to be a nice day. If you take a walk along the Brooklyn waterfront, you can see for yourself.