Push to lease 460,000 square feet comes as the Brooklyn office market shows signs of a slight turnaround from pandemic lows 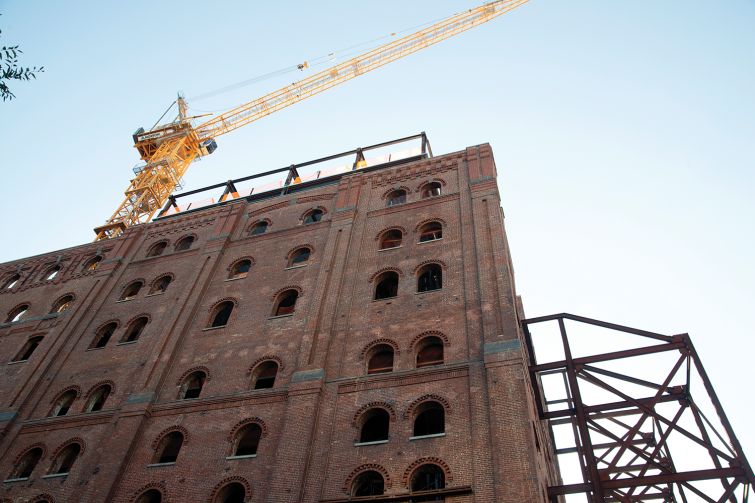 All the ingredients were there to make New York City’s most populous borough its most desirable office market. It had an abundance of old industrial buildings just begging to be repositioned to accommodate creative office companies. It had a large and growing population of hipsters and kids just out of college ready to ride their bikes a short distance to those buildings. It had developers eager to build new buildings.

For many years now, it has had a manifest destiny as the home of a post-modern technology industry that just screams hip.

But for all the success the borough has had in attracting small startups and midsize companies, for years now it has been unable to land the “big fish” — the 100,000-square-foot-plus tenant whose very name would take Brooklyn to another level. Think of Brooklyn as the New York City headquarters of Facebook or Google or Amazon.

Few have believed in that vision more than Two Trees Management. The vehicle of David Walentas, Two Trees was the company that patiently curated the Dumbo district from 1980s through the early 2000s, turning a derelict neighborhood of obsolete factory buildings into a treasured destination for technology companies.

Two Trees, with Walentas’ son Jed leading the effort, was the company that won the rights to redevelop the old Domino Sugar plant on the Williamsburg waterfront — including the landmarked Refinery Building, referred to by the company as The Refinery at Domino, taking on the challenge of turning an old refinery filled with vats and lacking floors, and redoing it as an office building. As a designated city landmark, it could not be razed, so the developer had to literally put a state-of-the-art 21st century building inside the brick shell of a 19th-century factory.

The riverside site includes about 3,000 apartments, 600,000 square feet in total of offices, 6 acres of open space and parkland, as well as several retail installations.

Even though renovations had started many years after the site was last used for refining sugar, the building still smelled of raw cane when a reporter visited in the mid-2010s. The one floor it had, at the very bottom of the refinery, was sticky. Vats had to be blowtorched into pieces to fit through the doors.

David Lombino, Two Trees’ managing director for external affairs, put the price of the renovation at about $250 million, all paid by the development company. (There is a construction loan, but Lombino declined to identify the lender.) The conversion is expected to be completed next year.

Now is the time to make that expenditure pay off. The company has retained CBRE, the world’s largest real estate services company, to market the site’s 460,000 square feet of rentable office space, in the hope of finally attracting that big fish and firmly establishing Brooklyn as an office power in its own right.

While Two Trees is looking for a large anchor tenant, it is also considering subdividing the site so it would work as a multi-tenant building, Lombino said.

There are 46 million square feet in Brooklyn’s office-friendly submarkets of Williamsburg-Greenpoint, Downtown, Dumbo, the Navy Yard and an area commonly known as “South Brooklyn” — really an amalgamation of Carroll Gardens, Red Hook, Gowanus and Sunset Park. If they were regarded as a separate market, and Manhattan’s submarkets of Lower Manhattan, Midtown South and Midtown were each regarded as separate markets, the Brooklyn submarkets would be the nation’s 10th-largest central business district, behind Seattle and ahead of Philadelphia, according to CBRE.

But it won’t be easy. According to CBRE’s own calculations, the Brooklyn office market did just 113,000 square feet of deals in the second quarter of 2022. That’s in the entire office market. The vacancy rate was 20.8 percent, and availability (vacancies plus space that will become available within 12 months) was 22.7 percent.

The market, awash in exciting new product pre-pandemic, suffered like all of commercial real estate as workers stayed home — in some cases, due to government mandates aimed at slowing the spread of the coronavirus — and disrupted the sale and leasing of buildings, which required the physical presence of decision-makers. And Brooklyn had a built-in disadvantage: It was across the East River from the mammoth 400 million-plus Manhattan office market, where office rents plunged to sometimes historic lows during the pandemic as companies sublet space.

Lately there have been signs that Brooklyn is awakening from its commercial real estate slumber. The marketing firm Huge agreed to take 71,000 square feet — the top two floors — at Dock 72 at the Navy Yard, joining coworking giant WeWork, (the anchor tenant with 220,000 square feet) and the food network Food 52 (41,000 square feet) in the brand-new 675,000-square-foot waterfront building.

But Vice Media, publishers of Vice Magazine and specialists in reaching millennials and Gen-Zers with spicy media content, decided to stay put at 289 Kent Avenue in Williamsburg, after being widely rumored to be headed for Dock 72.

“We agree it’s not going to be easy,” said Jeff Fischer, part of the CBRE brokerage team that is in charge of filling the building. “The Brooklyn office market is not strong if you look at statistics.”

While Two Trees is taking on the risk of modernizing the refinery all by itself, Lombino conceded that it would have preferred to share those costs with an anchor, which would imprint the building with its own idiosyncrasies. As it is, Two Trees is leaving certain key portions of the building raw and unbuilt, so a tenant could influence the design in ways that work best for them.

The renovation is designed by Practice for Architecture and Urbanism, commonly known as PAU, a design studio led by architect Vishaan Chakrabarti.

“We think this building is unique and special enough that there is going to be a tenant who is primarily focused on Manhattan, who says ‘You know what? I’m going to look at that one building in Brooklyn because I can see it across the river and it looks really interesting,’” Fischer said.

Its advocates see the Refinery Building as unique – not merely a prominent part of the Brooklyn market, but a distinct opportunity in and of itself. It sits on the East River, offering commanding, unblockable views of the Manhattan skyline. It’s next to the Williamsburg Bridge, a modern building in the shell of a 19th-century landmark, with a park immediately in front of it (that Two Trees also built as part of its deal to redevelop Domino) and backed by Williamsburg, one of the world’s hottest residential markets. It also shares the grounds with the residence-dominated Two Trees Domino project.

Many see this as a larger version of the Empire Stores project, a Civil War-era coffee warehouse near the Brooklyn Bridge (and one of the few big projects in the area that doesn’t have Two Trees’ fingerprints on it) which was substantially leased up with office and retail tenants, including the furniture maker West Elm and the Los Angeles-based advertising firm 72 and Sunny. It had 360,000 square feet.

Two Trees intends to employ a horticulturalist, who will be responsible for the flora both outside in Domino Park and also inside the refinery building. The developers envision space between the windows of the offices and the original vaulted windows of the outer building that will be largely filled up with plants, giving all who work there a sense of greenery surrounding them.

The 12-story original building will be topped by a new barrel-shaped glass-enclosed penthouse that could become communal party space, or be made for private use by an anchor tenant. Underneath, there will be two entirely new floors. Outside, the historic Domino Sugar sign, once on a silo that has since been torn down, will sit in front of the glass penthouse, facing the bridge. Lombino said the opportunity for an anchor tenant to put its own sign on the roof can be negotiated.

If there’s one development group capable of succeeding in leasing up the Refinery Building, it is Two Trees because of its deep knowledge of Brooklyn’s office market. And it had a philosophy of mixing office and residential uses, making the areas it was developing more appealing for both.

“I would never bet against the Walentases,” said Timothy King, managing partner of CPEX Real Estate, which controls the Liberty View Plaza, a former industrial building now leased to multiple retail tenants. “They are absolute geniuses.”