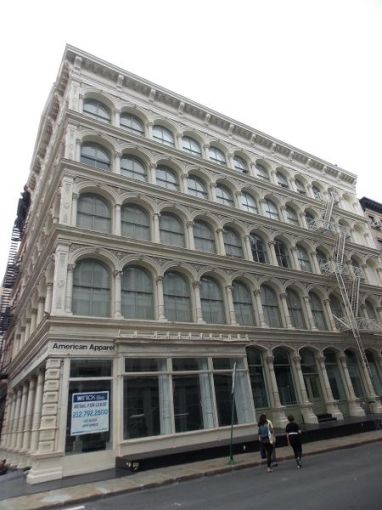 The only thing missing from The House of Cannabis, former Las Vegas nightclub owner Robert Frey’s planned marijuana museum, is weed itself.

Frey inked a 10-year lease to open a 30,000-square-foot museum at the Chetrit Group’s 427 Broadway in SoHo, where visitors will take a toke of the history of cannabis, but won’t be able to actually buy the stuff, The Real Deal reported. Asking rent and the brokers on the deal were not immediately clear.

The museum, backed by the venture capital firm Merida Capital Holdings, will cover three floors of the five-story building when it opens this fall. Also dubbed THCNYC, the House of Cannabis will feature art inspired by marijuana, a top-floor event space and LED light shows.

Despite its name, Frey told TRD he’s keeping out of weed sales because of New York’s complicated regulatory environment and because he wants to “help all the dispensaries.” The state legalized lighting up recreational weed last year, but has been slow to allow the sale of cannabis for non-medical purposes. The first licensed dispensaries are expected to open at the end of the year, following Gov. Kathy Hochul’s decision this month to open applications for retail permits to those previously convicted of a marijuana-related offense.

Frey is no stranger to immersive art, or marijuana. He co-created Perception Las Vegas, an immersive museum exploring the work of famous Italian painter Leonardo Da Vinci, and was a part-owner of dispensary-owner Naturex. He also helped create the star-studded clubs the Pussycat Dolls Lounge and Pure Nightclub in Las Vegas, known for attracting VIPs like Lindsay Lohan and Britney Spears in the early aughts.

Chetrit, Merida and a representative for Frey did not immediately respond to requests for comment.