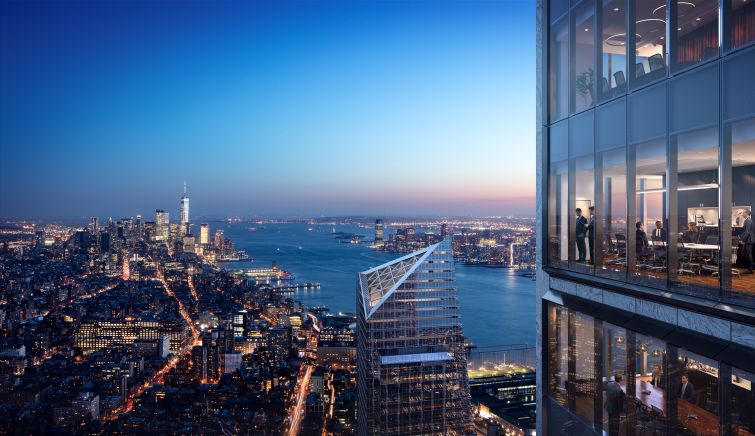 Views of the Hudson River from the upper floors of 50 Hudson Yards. Rendering: Related Companies and Oxford Properties Group

The private equity firm will be moving to Related Companies’ 58-story tower, once it’s completed later this year, according to the New York Post.

Vista Equity currently has offices next door at Related and Mitsui Fudosan’s 55 Hudson Yards. Details around whether it’s an additional office or a relocation remain scant on Monday as Related, Vista and Mitsui Fudosan — a subsidiary of one of Japan’s largest real estate companies — remained tightlipped about the deal. Still, the tenant may be paying between $175 and $240 per square foot for its new space, the New York Post reported. It’s unclear who brokered the lease.

While the deal may be news to many, it factored into the Manhattan office market report for July by Colliers, in which the research arm of the brokerage firm stated that Midtown South’s leasing volume had decreased sharply by nearly one-third between June and July and by a quarter year-over year.

Leasing activity in Midtown South may have been the only part of Midtown seeing such a sharp decline, according to Colliers. In July, the firm recorded 707,630 square feet of leasing compared to the 1.05 million square feet snagged up by tenants in June. For comparison, July 2021 only saw about 925,942 square feet signed away in Midtown South.